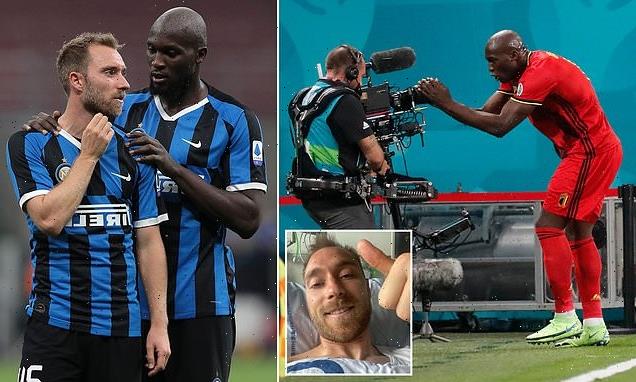 Belgium will kick the ball out of play in the 10th minute of their Euro 2020 game against Denmark to applaud Christian Eriksen, reveals Romelu Lukaku, as Danish No 10 continues his recovery from cardiac arrest

Romelu Lukaku says Belgium will kick the ball into touch in the 10th minute of their game against Denmark on Thursday – allowing them to applaud Christian Eriksen as he continues to recover from his cardiac arrest.

The Danish No. 10 collapsed to the ground just before half time in his country’s Euro 2020 opener against Finland last week, with the former Tottenham star needing CPR in horrifying scenes in Copenhagen.

Thanks to the heroics of Denmark captain Simon Kjaer, who administered the initial compressions, and the medical teams at the stadium – Eriksen was brought back to life with a defibrilator and was seen conscious as he was carried off on a stretcher. 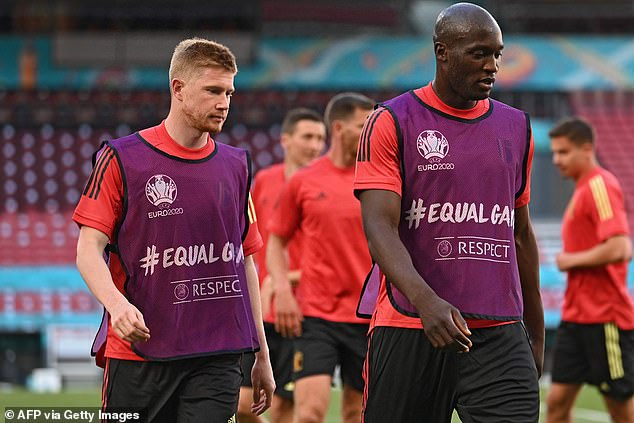 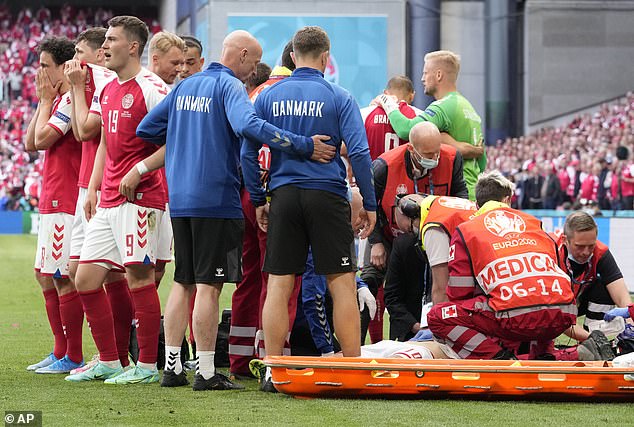 The Danish No. 10 suffered a horrifying cardiac arrest during their tournament opener against Finland last week 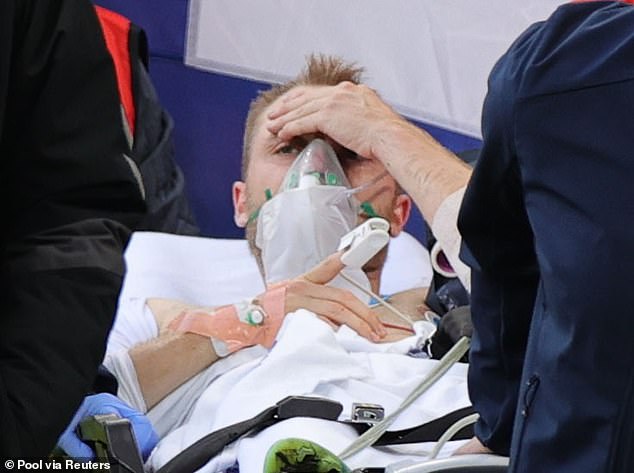 The spine-tingling incident sent shockwaves around the world, not just in sport, with fans, players, pundits and clubs all praying for his recovery – before UEFA confirmed he was stable in hospital.

Eriksen has since spoken from his hospital bed to assure fans he was ‘fine’, posting an upbeat selfie while he undergoes more tests, admitting he wants to ‘understand what happened to me’.

While the rest of the world have been passing on their well wishes to Eriksen, his Inter Milan team-mate Lukaku revealed the Belgium squad were planning their own tribute, and want to show respect as they take on his Denmark side. 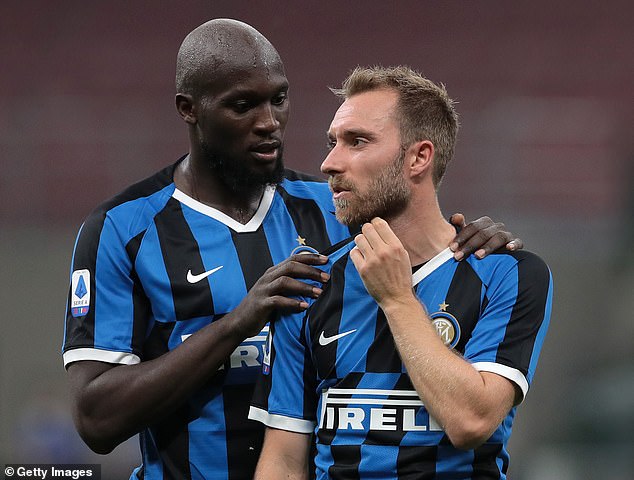 It will be only the second time Denmark have taken to the field since the incident and Lukaku said it was important to Belgium – with many of the squad having played with the 29-year-old in the past.

‘After ten minutes of the match we will put the ball in touch to applaud,’ Lukaku said.

‘Several players from our country have played with him but we will be there to win and that is the most important.’

Lukaku – who enjoyed Inter’s Serie A title win with Eriksen last season – said he had spoken with him and that he plans to speak to him again before he takes to the field against Denmark. However, he stressed it was important to allow him time to recover and be with his family. 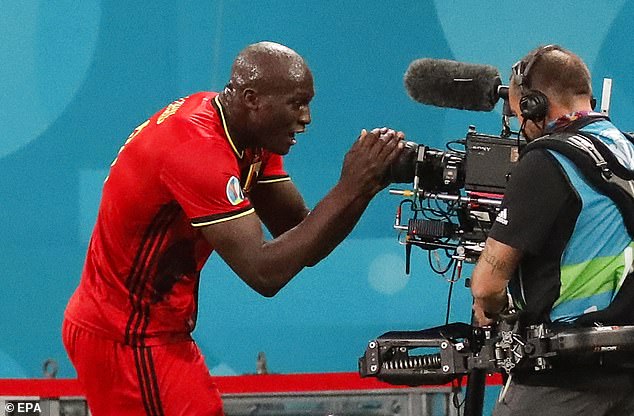 He celebrated his goal vs Russia last week by screaming: ‘Chris, I love you’ into the camera 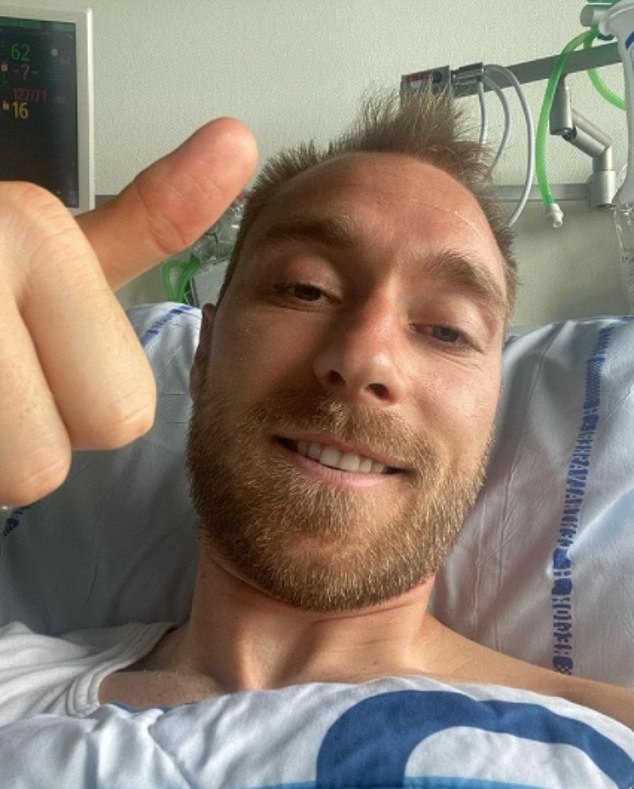 ‘I just got a message from Eriksen telling me he was fine, and I told him if he wanted to talk I was there.

Lukaku had scored a brace in their 3-0 win against Russia – soon after Eriksen had suffered his cardiac arrest, and the former Man United star celebrated by screaming: ‘Chris, I love you!’ in the camera.

Belgium boss Roberto Martinez said Eriksen’s collapse was a ‘tough moment’ for his players watching, but said his squad plan to make a ‘celebration’ of his survival with their gesture against Denmark.

But he stressed that his Red Devils outfit have a game to win in Group B and will ‘quickly shift the focus’ after marking their respect. Belgium are top of the standings after their 3-0 win over Russia last time out. 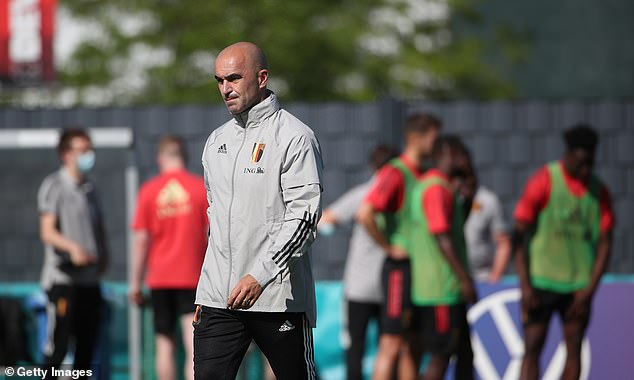 ‘Then from that point on, once you get the good news that Christian reacted positively, that he was talking, that he was in hospital, now it’s almost a celebration.

‘You’re going to have a full capacity crowd – this is about a celebration in football and for Christian. But after that, there’s a game to be played.

‘It’s an important game for both national teams and in that way, every single player that is going to be on that pitch will know the importance and what’s at stake, and that focus will shift quite quickly.’