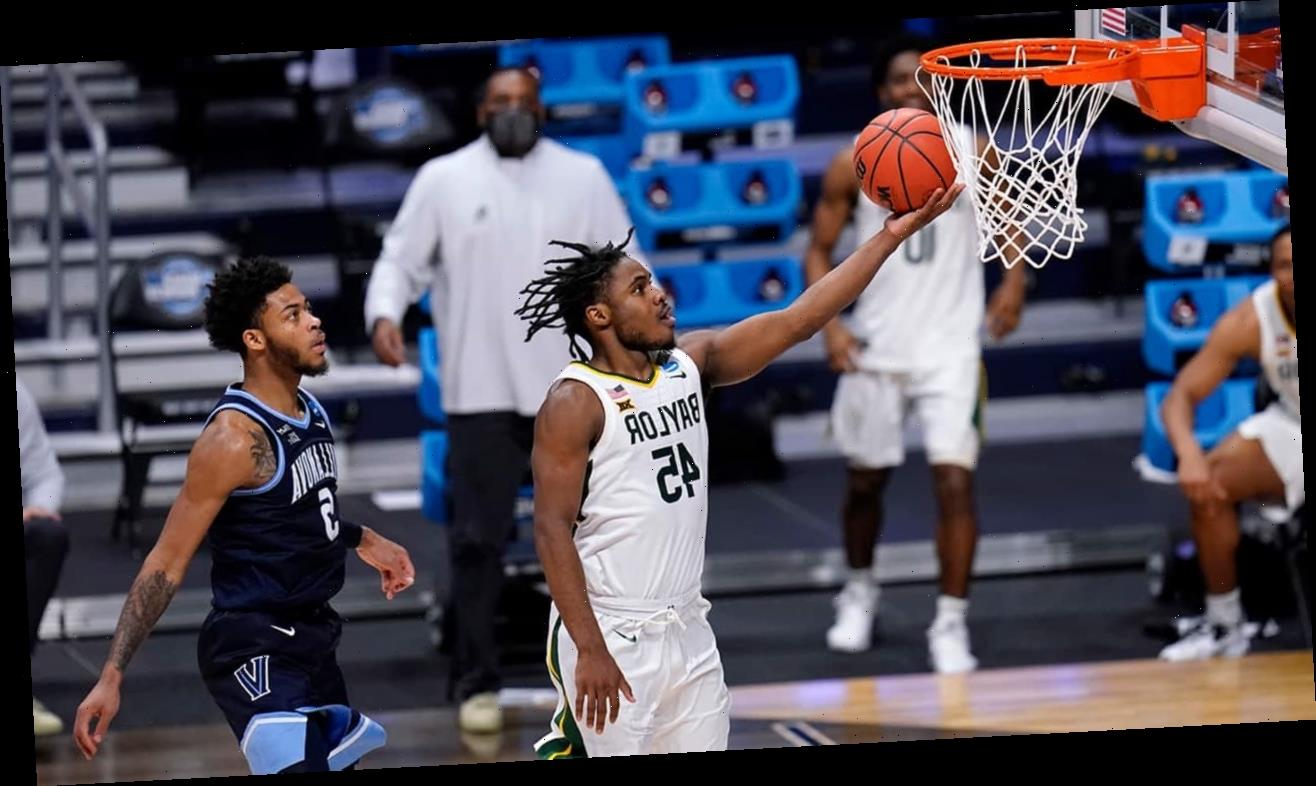 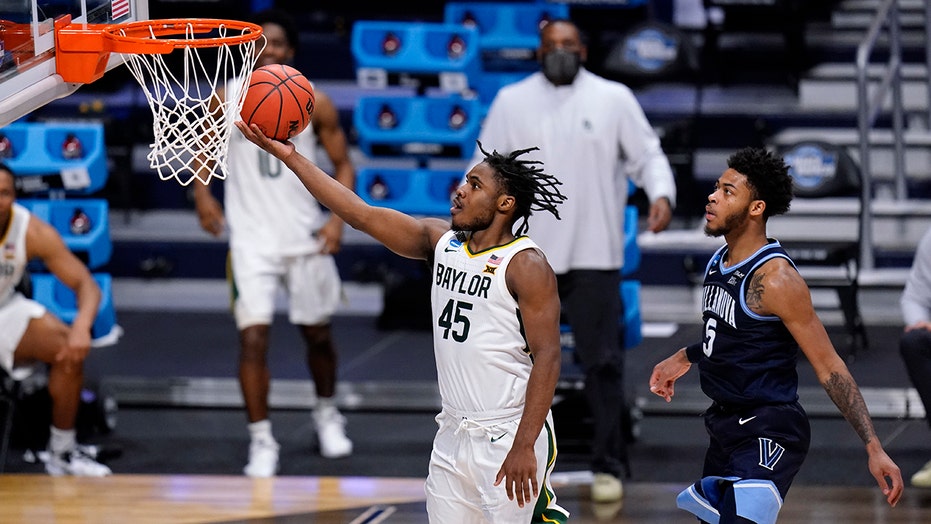 That ice that seemed to be forming across the 3-point arc was hardly enough to throw Baylor off course.

Some rugged defense and a newly discovered love for points in the paint helped the top-seeded Bears find the formula for a 62-51 victory over Villanova on Saturday and a trip to the Elite Eight.

Adam Flagler was the surprise leading scorer, with 16 points, and Baylor (25-2), which came in as the nation’s leading 3-point shooting team at 41.5%, won despite making only 3 of 19 against Villanova’s ever-shifting 2-3, man-to-man combo on D.

Baylor, which started the season 18-0 and won its first-ever Big 12 regular-season title, is one win from the Final Four for the first time since 2012. The Bears will play Arkansas in the South regional final on Monday.

Davion Mitchell, a 46% shooter from 3 this season, went 0 for 3 from long range on a 14-point day. The team’s other two high-powered guards didn’t fare better. Jared Butler scored nine points on 1-for-9 shooting from 3, and MaCio Teague had five points without a 3.

“When we are 2 for 12 at half, we figured we’ve got to get inside,” coach Scott Drew said of the team’s 3-point shooting. “We got good looks but not great looks. The guards did a great job of not settling and probing more.”

Because of that, Baylor shot 53% in the second half, even though it made only one 3.

“Coach said we’re not going to win if we keep shooting the off-dribble 3,” Mitchell said. “He told us to trust the defense and get in the paint.”

The game changed midway through the second half when Baylor took Drew’s words to heart and started pounding inside. The Bears took a six-point lead with a 14-2 run during which not a single point came from outside the arc. Baylor outscored ’Nova 40-32 in the paint for the game.

Defense picked up, too.

Constantly harassing Villanova shooters who’d carved out space in the first half, Baylor held Villanova to 37.5% shooting in the second and 0 for 9 from 3. Baylor had four of its five blocked shots after halftime. During one stretch in the decisive run, Baylor forced five straight turnovers on ’Nova possessions. The Wildcats finished with 16 turnovers, almost double their nation-best season average (8.8).

“We were good enough to beat them but they just played better down the stretch,” Wright said. “I think their defense got into us and wore us down and it made the difference in the game.”

The Wildcats got 16 points from Jermaine Samuels, but only three from Caleb Daniels on 1-for-11 shooting.

Villanova (18-7) came in without injured point guard Collin Gillespie and with a middling defense at best, but looked to be turning things around over the first weekend of the tournament. There were mini-victories in this one, too, in part because Wright’s deft mix of defenses kept Baylor off the mark. This marked only the second time this season anyone has held that high-powered offense under 65 points.

Shooting struggles aside, 2021 still has the makings of being Baylor’s year, and any residue from the pandemic-related breaks that halted the Bears’ momentum after a perfect start appear to have faded.

“You’ve got to take advantage of every opportunity, and obviously we have an opportunity to go to the Final Four,” Drew said. “Hopefully, we’ll put our best foot forward.”

In the stands at Hinkle Fieldhouse was Bobby Plump, whose game-winning shot in the 1954 high school state title game was the inspiration for the hoops classic “Hoosiers.” He’s a semi-regular at the arena where the climax of the movie was filmed. He was joined by screenwriter Angelo Pizzo, who also wrote another underdog tale: “Rudy.”

It was hardly what Villanova needed. Forward Brandon Slater left the game about midway through the second half after landing awkwardly during a fight for a rebound. Slater only had four points, but was a presence on defense, with two blocks and a few more that he altered.

“Certain guys were struggling with matchups on their quick guards, and that’s when it kind of turned — when he went out,” Wright said.