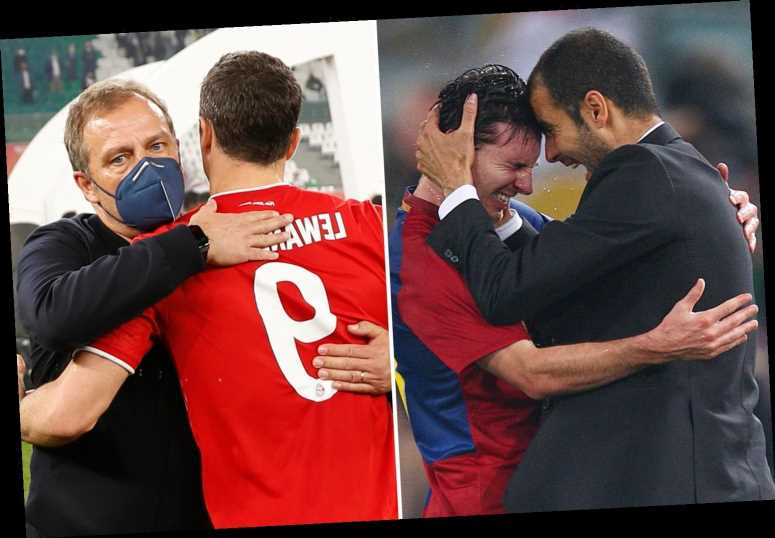 PEP GUARDIOLA has congratulated former club Bayern Munich on their Club World Cup success… before challenging them to a match against his fellow sextuple-winning Barcelona side of 2009.

Hansi Flick and Co completed the historic achievement of winning six trophies out of six by beating Tigres 1-0 in the CWC final yesterday. 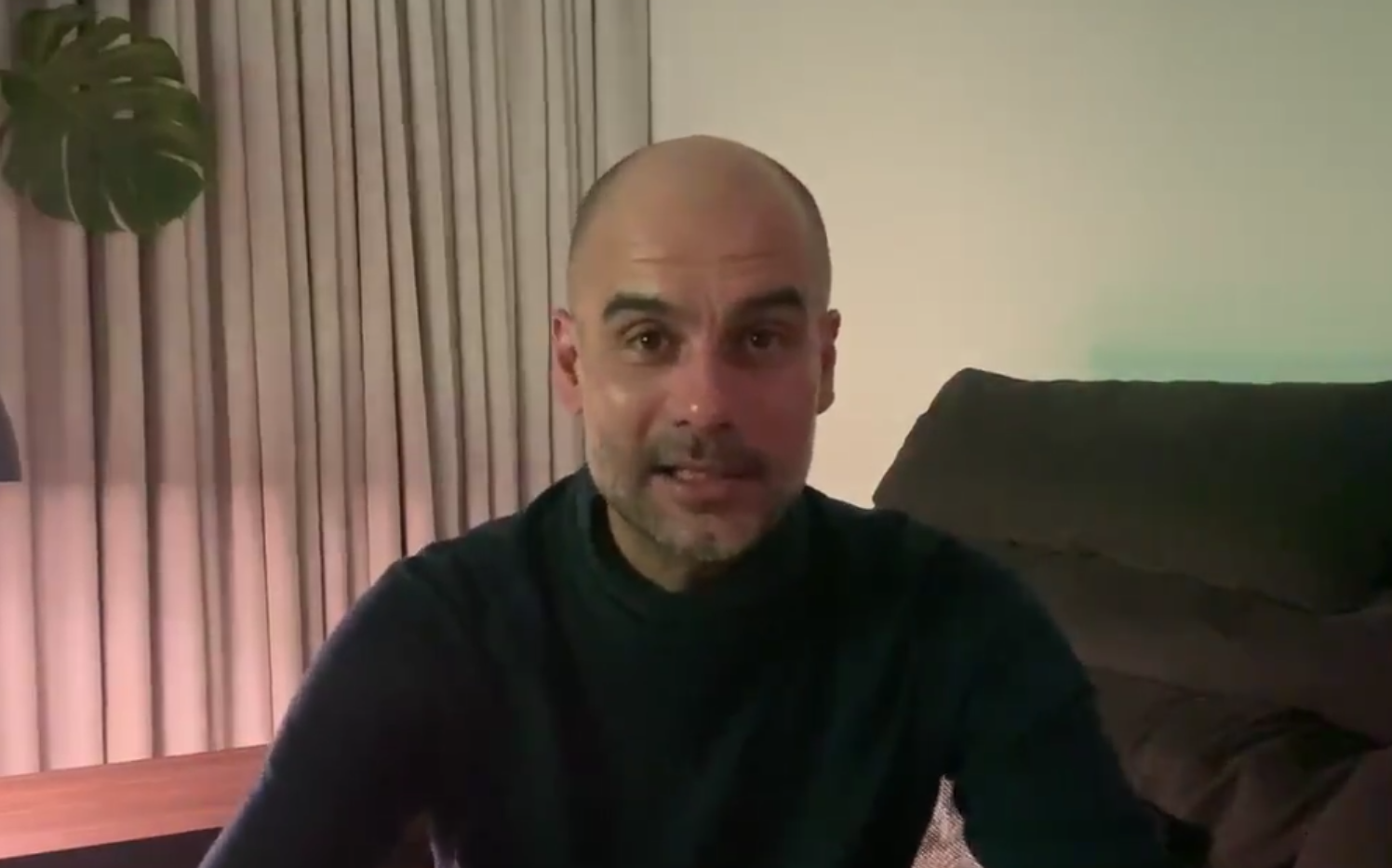 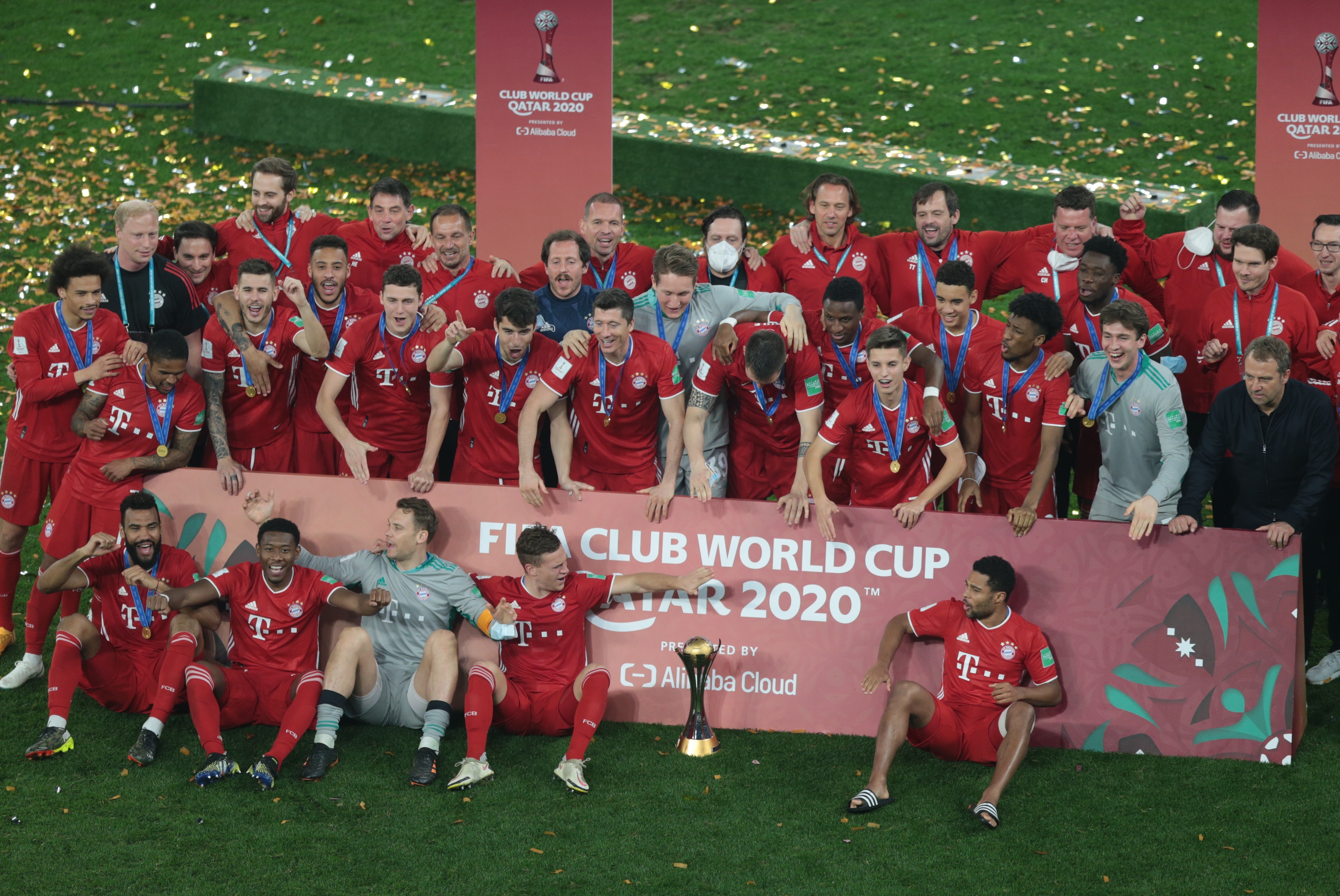 Only one other side in history have completed that incredible achievement – Guardiola's all-conquering Barcelona side.

And if the City boss has his way, a battle of generations could be on the cards.

In a video posted to Twitter, Guardiola, 50, said: "Big congratulations to all the Bayern family for this incredible success, to be the Club World Cup champions and especially to win six titles.

"We are so proud, I am so proud, a big congratulations for everyone, especially Hansi [Flick], the players and the backroom staff for this amazing thing.

"But I would like to say to Hansi that you are the second team to win the six titles in a row!

"Before you, there was another team, Barcelona… so maybe I can call Messi and company and we can play for the seventh title? Tell me when and where and we will be there!" 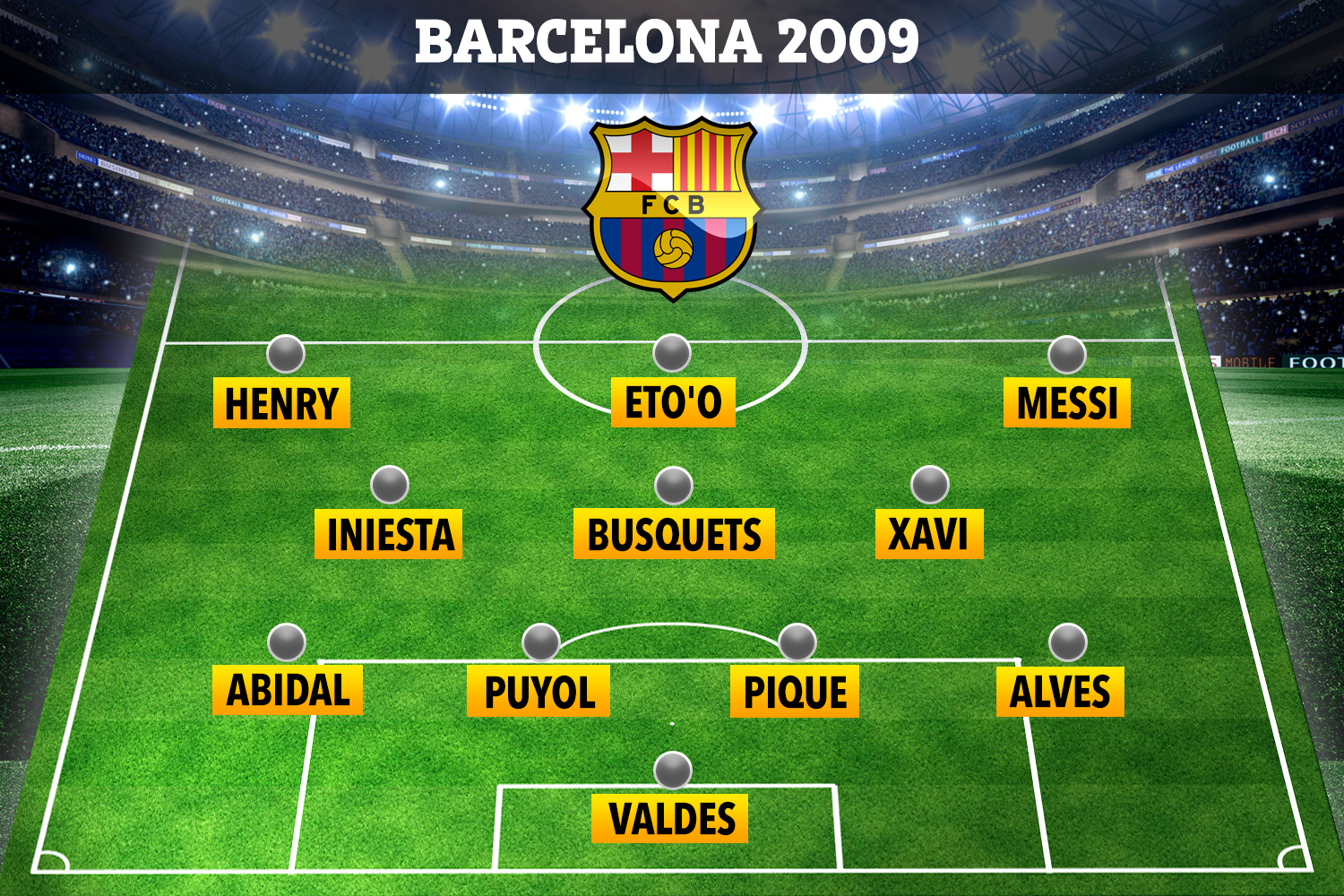 Led by Messi in his early 20s, Guardiola's Barcelona took the world by stormfolllowing his appointment in 2008.

Barca were inspired of course by the Argentine, but also experienced veterans like Thierry Henry and Samuel Eto'o, as well as their mindblowing array of midfield metronomes in Andres Iniesta, Xavi and Sergio Busquets.

First came the Copa del Rey on May 13, 2009, when goals from Messi, Yaya Toure, Bojan and Xavi saw them sweep Athletic Bilbao aside 4-1 at the Mestalla.

The league title was secured by nine points ahead of the Rome showpiece Champions League final against Manchester United. 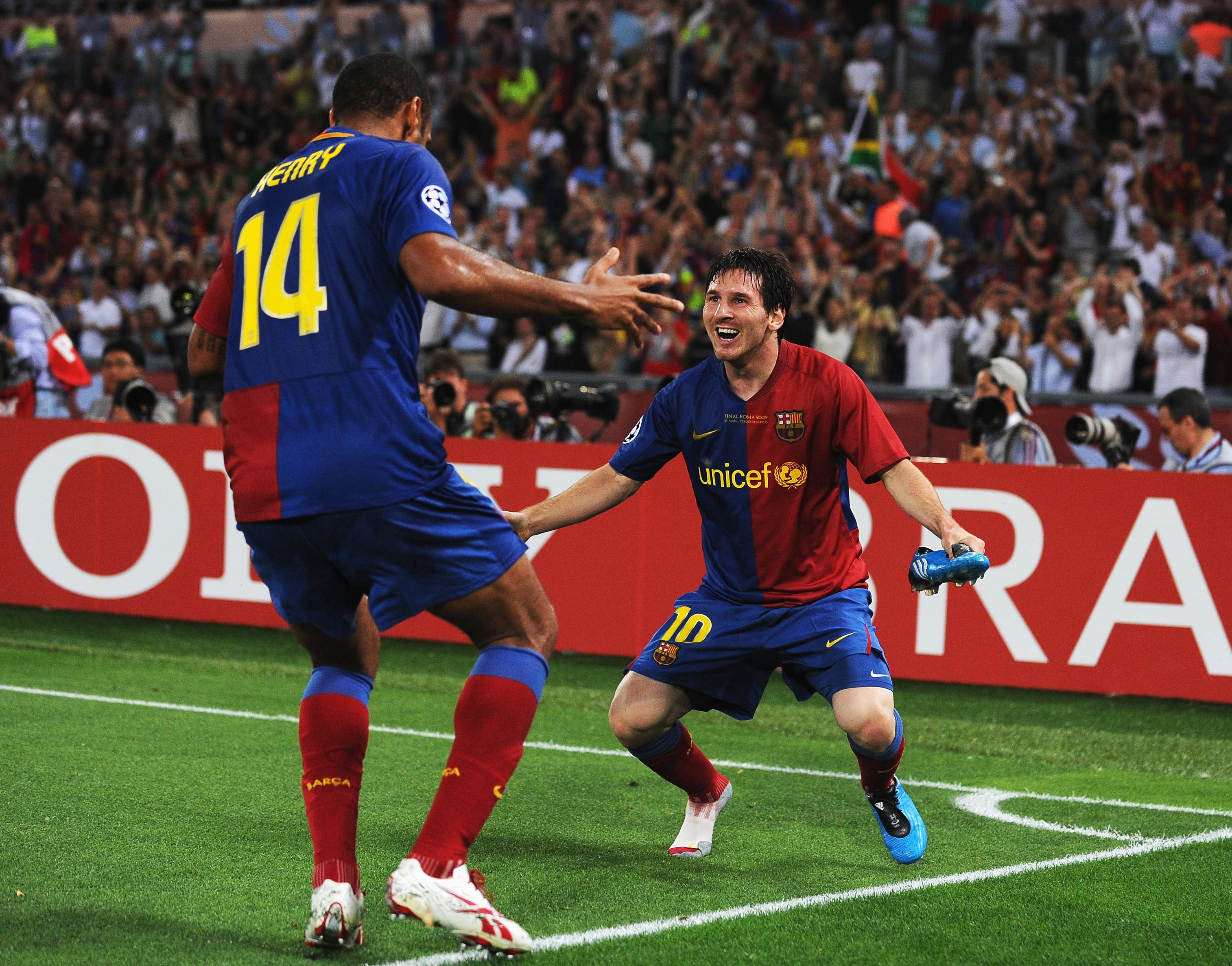 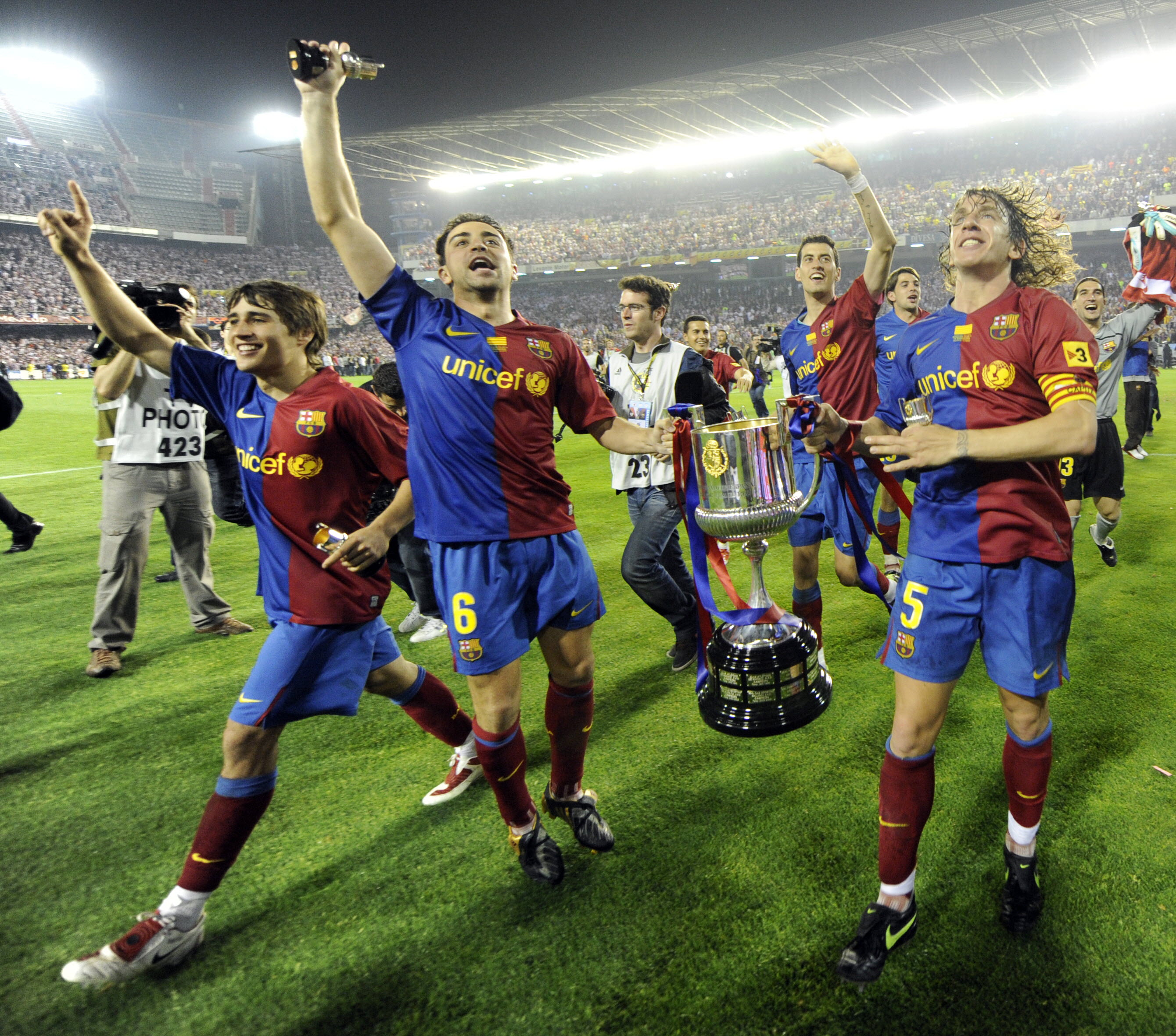 An Eto'o strike followed by Messi's header saw off Sir Alex Ferguson's Red Devils, as Barca made it a treble.

And that tally would be doubled by the end of 2009.

Bilbao were again beaten, this time 5-1 on aggregate in the Supercopa – while an 89th minute Messi winner saw off Uefa Cup winners Shakhtar Donetsk at Stade Louis II in the Uefa Super Cup.

Next up was the Club World Cup in Abu Dhabi, where it took an 89th minute Pedro equaliser to force extra time against Estudiantes, before that man Messi secured the sextuple with a 110th minute effort. 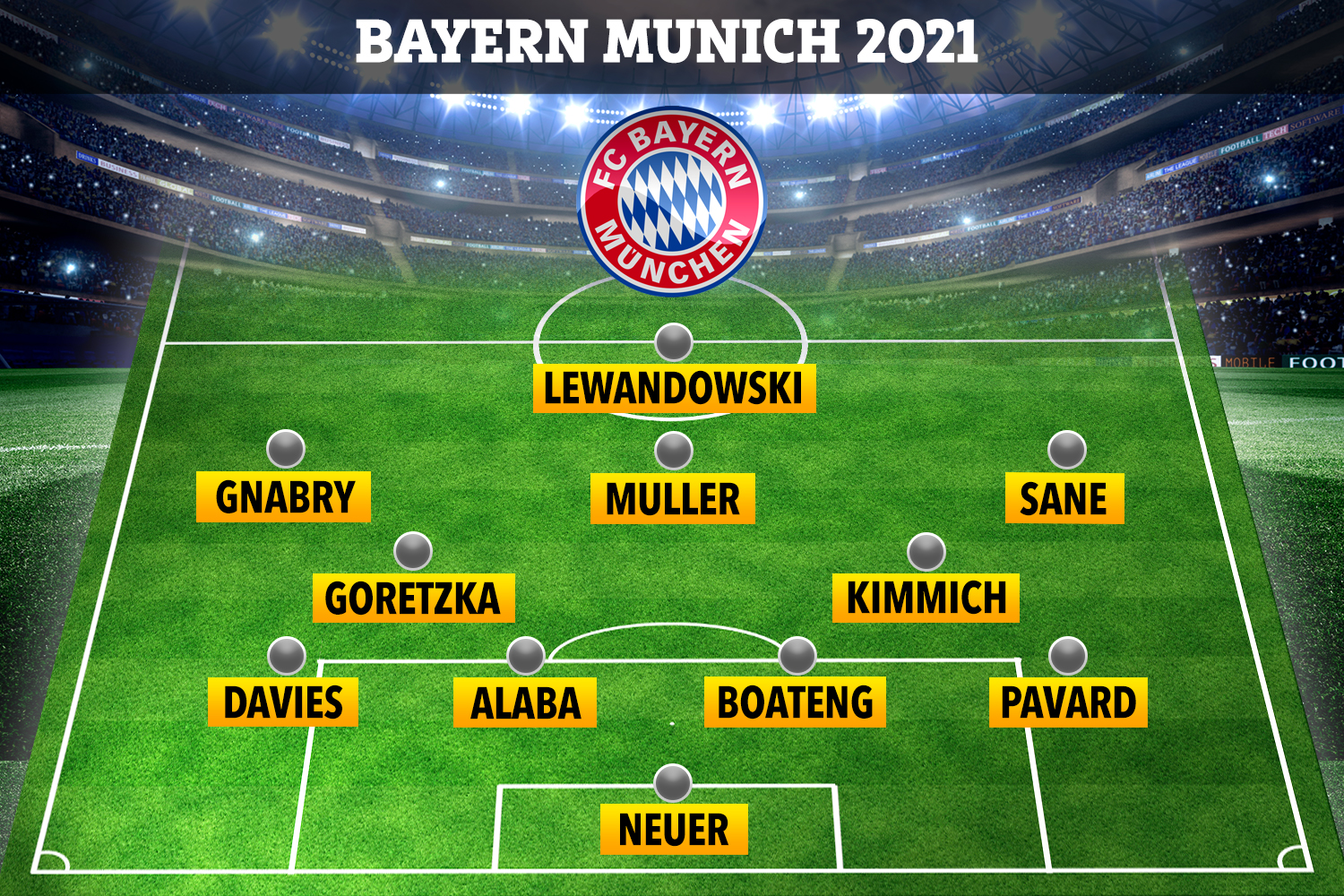 Bayern have been similarly dominant, winning 19 of their last 20 Bundesliga games to secure the title last season.

Bayer Leverkusen were beaten 4-2 in the DFB Pokal final, while Kingsley Coman's header defeated PSG 1-0 at the Champions League Final at the Final Eight in Lisbon.

Joshua Kimmich bagged the winner in this season's DFL Supercup against Borussia Dortmund, and Sevilla were beaten 2-1 after extra time in the Uefa Super Cup in front of 15,000 fans in Budapest.

Benjamin Pavard's winner then overcame Tigres 1-0 to make it six… entering the history books alongside Guardiola and Co. 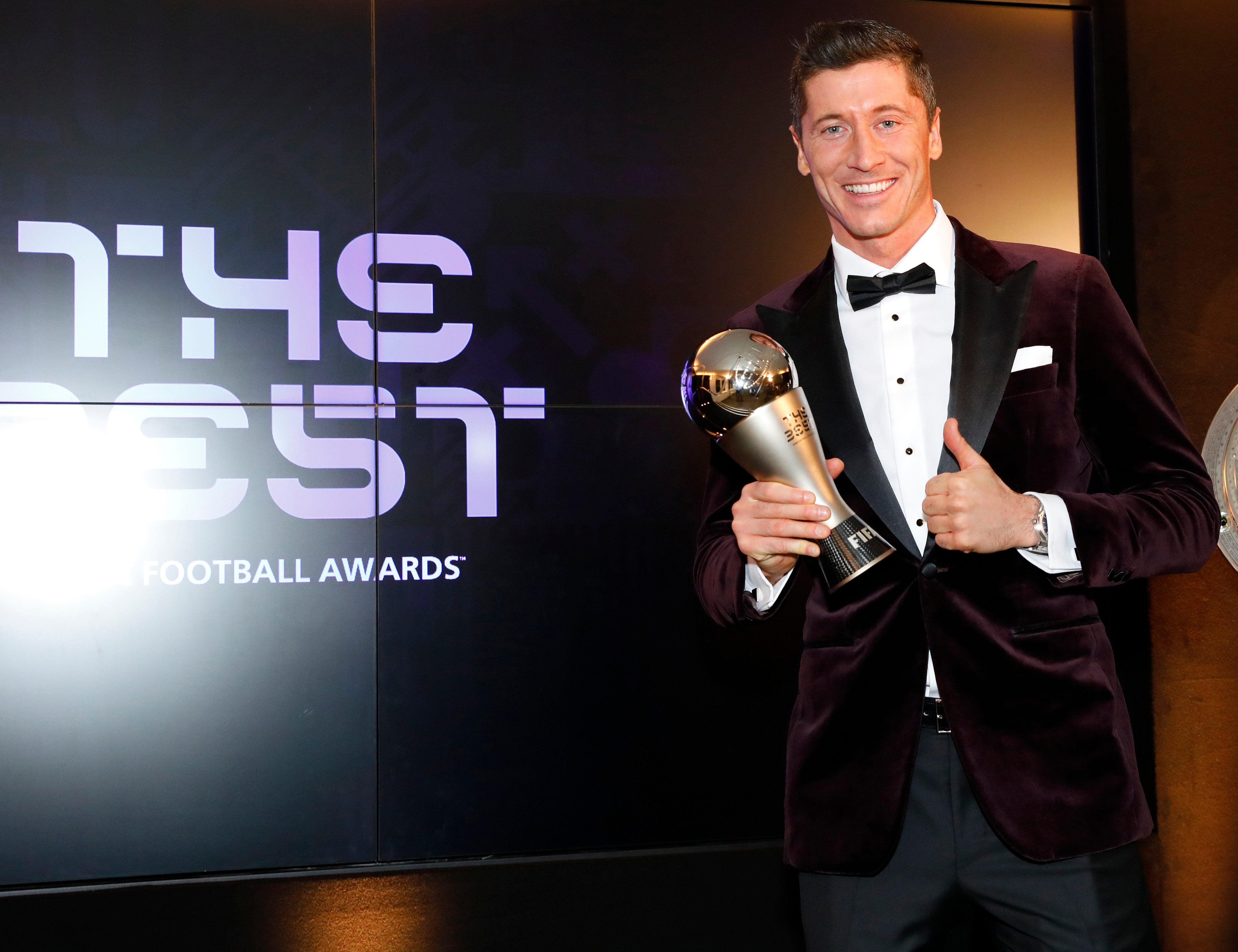 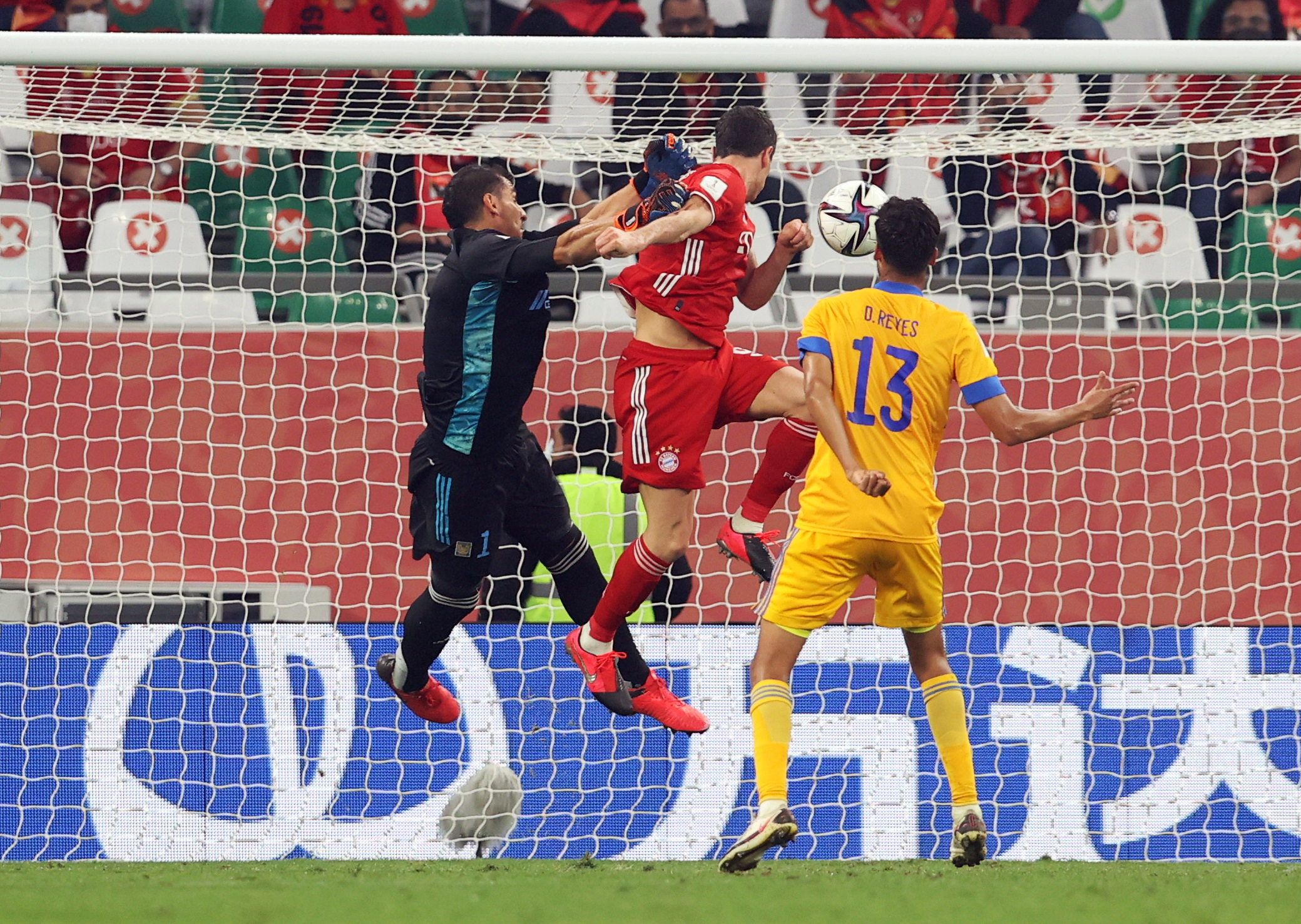 The Bachelor Season 25 is headed toward Fantasy Suites, and it looks like the franchise just teased Bri Springs and...