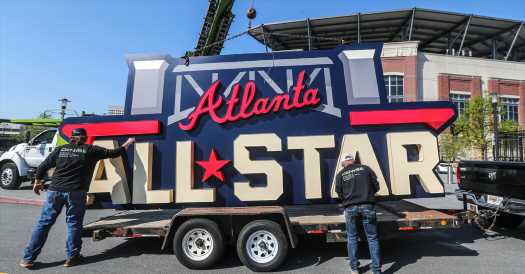 Steve Blass pitched in parts of 10 seasons for the Pittsburgh Pirates. He won a World Series title in 1971, earned an All-Star selection the following season and retired from the diamond a few years later. In many ways, he is representative of the average Major League Baseball player, based on his demographics.

“I am,” Blass said in a phone interview on Monday, “a probably conservative, white, former baseball player that learned things that have become important to me by being in the presence of Roberto Clemente, Willie Stargell and a lot of those guys, and watching and admiring Henry Aaron, who embodied, I think, everything good in the game.”

Case in point: After the assassination of the Rev. Dr. Martin Luther King Jr. in 1968, Blass watched his Black teammates, including Maury Wills, Stargell and Clemente, address the team and, in the absence of an M.L.B.-wide postponement, lead the Pirates in unanimously deciding to sit out an exhibition game and the first two regular-season games. It led other teams to take a similar stance, which resulted in a delay to the start of the M.L.B. season by a few days.

So when M.L.B. Commissioner Rob Manfred announced on Friday that he had pulled the 2021 All-Star Game from suburban Atlanta because of a new Georgia voting law that Democrats and civil rights groups predicted would disproportionately suppress turnout among people of color, Blass applauded the action from his home in Florida.

“They took it, quite simply, because the people’s rights to vote were being challenged and/or threatened,” said Blass, 78, adding later, “I’m proud to have been a member of Major League Baseball for taking that stance because it’s not the easiest one. There’s probably a lot of sponsorship money involved. But I’m glad. Roberto Clemente would have been glad, too.” 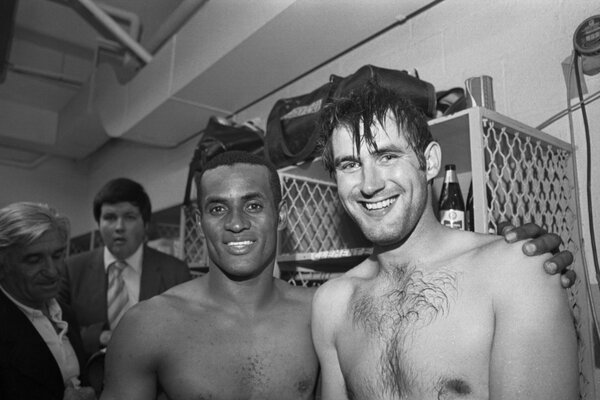 M.L.B.’s move was a watershed moment for a sport long known for its traditionalism and slow-moving nature. Until 1947, baseball barred Black players from its teams. More recently, Manfred’s predecessor, Bud Selig, balked at calls, several from Latinos, to move the 2011 All-Star Game from Phoenix over a contentious immigration law in Arizona that was opposed by the players’ union. And last year, M.L.B. waited nine days before addressing George Floyd’s killing and the ensuing protests, making it the last of the four major professional sports leagues in North America to do so.

“This is making a step toward where it should be,” Blass said. “And we’ve known that sometimes they haven’t taken those steps, but this is a significant step, and I’m proud of that.”

There were many factors that made M.L.B.’s measure unique. Not unlike their counterparts in professional basketball or football, M.L.B. club owners are largely Republican donors. The sport’s fan base is older and less diverse than the N.FL. and the N.B.A. And a majority of major league players are white, many of whom trend conservative in their personal politics. (Roughly 30 percent of M.L.B. players are Latino, most from outside the United States, and only 8 percent are Black.)

So when Manfred said he was moving the All-Star Game and the accompanying amateur draft away from the Atlanta Braves’ Truist Park because it was “the best way to demonstrate our values as a sport,” he took a calculated risk. Not only was it a large undertaking to relocate a marquee event three months in advance — the Colorado Rockies are the new hosts — but it also threatened to rankle some club owners, players, fans and politicians.

“The stand that Major League Baseball makes, to me, is very powerful and the first time that they’ve really stepped up since I can remember,” said Reggie Jackson, the Hall of Fame outfielder, in a phone interview over the weekend.

While Jackson said this was the right message for M.L.B. to send, he insisted the league still had more work to do. He has repeatedly urged M.L.B. to redouble its efforts to bring representation throughout the sport, from the stands to the boardrooms, more in line with the U.S. population. For example: There is only one majority owner of color in M.L.B., Arte Moreno of the Los Angeles Angels; and there are only four nonwhite heads of baseball operations among the 30 clubs.

“There needs to be a greater reflection by all companies, baseball included,” said Jackson, 74, who is a Black American of Puerto Rican descent. “Baseball’s further behind the other sports.”

Before Manfred’s announcement, no player had publicly called for a boycott of the All-Star Game. Jackson said part of the reason may have been because of the small percentage of Black people in the game.

In the preceding days, a few white players voiced their opinion that the game should be kept in Georgia, with Braves star Freddie Freeman arguing it could serve as a platform for a discussion on voting rights, and Tampa Bay Rays pitcher Collin McHugh saying he did not want to deprive the people of Atlanta of the game despite his disappointment in his home state’s legislature.

One of the few people in baseball to publicly question the game before the commissioner’s announcement was Dave Roberts, the Los Angeles Dodgers’ manager. Roberts, who is Black and Asian-American, had said he would consider declining the honor of managing the National League team, but sounded relieved when M.L.B. announced the removal.

Before making his decision, Manfred spoke privately with the Players Alliance, a nonprofit founded last year after Floyd’s killing and made up of over 100 current and former Black players. Curtis Granderson, a former player and the group’s president, said in television interviews that he relayed to Manfred the varying perspectives of Black players and “our non-Black brothers that have played alongside us.” Manfred understood that the status quo would have put players and coaches in a position of having to answer questions about the game or decide whether or not to attend.

“It’s disappointing when people say they need to make a choice,” Jackson said, before listing famous sports figures that he argued went against the grain: Jackie Robinson, Jim Brown, Kareem Abdul-Jabbar, LeBron James and Sandy Koufax. He added, “There are so many whites that feel the same way, to make a stand. Please, step out. I’m here to support you.”

Although Jackson said he understood the Braves’ anger over losing the game and the impact of corporate pressure (Delta Air Lines and Coca-Cola, two large sponsors of the Braves, decried the law a few days before M.L.B.’s announcement), he said the league made the right choice.

The Players Alliance said they would still visit Atlanta, as they had planned, to do their work, as did M.L.B. separately. (M.L.B. and the Players Alliance, which receives funding from the league and players’ union, have pledged to continue their charitable and outreach efforts in Atlanta.)

If baseball legend Hank Aaron were still around, Houston Astros Manager Dusty Baker and Jackson both said, he would have had something powerful to say about the debate surrounding the All-Star Game. Aaron, who experienced racism throughout his career, died in January. During the week of the All-Star Game in Atlanta, M.L.B. and the Braves had planned to honor the legacy of the Hall of Famer, a former Braves player and executive.

“He’d be calm and cool about it, but he was really forthright about civil rights,” Baker, 71, said of his former teammate before Manfred’s announcement.

There was a time, Baker said, when Black people weren’t even allowed to vote in the U.S., so reaching this point in history was tough enough. He warned that what was happening was not unique to Georgia; other states are moving closer to passing new laws that would further restrict voting.

So after M.L.B.’s announcement, Baker told reporters that it was a “pretty big and bold move,” and that he was proud of the league.

Before Friday, Baker had been considering traveling to Atlanta during the All-Star break because his son, a senior at the University of California, Berkeley, might get drafted, and because Aaron’s widow, Billye, and an Aaron family friend had invited him. After M.L.B.’s announcement, Baker couldn’t help but think about his late friend and mentor.

“This is what Hank would have liked, even if it was his town,” he told reporters. “He always had the rights of the people in the forefront of his mind and in his heart.”