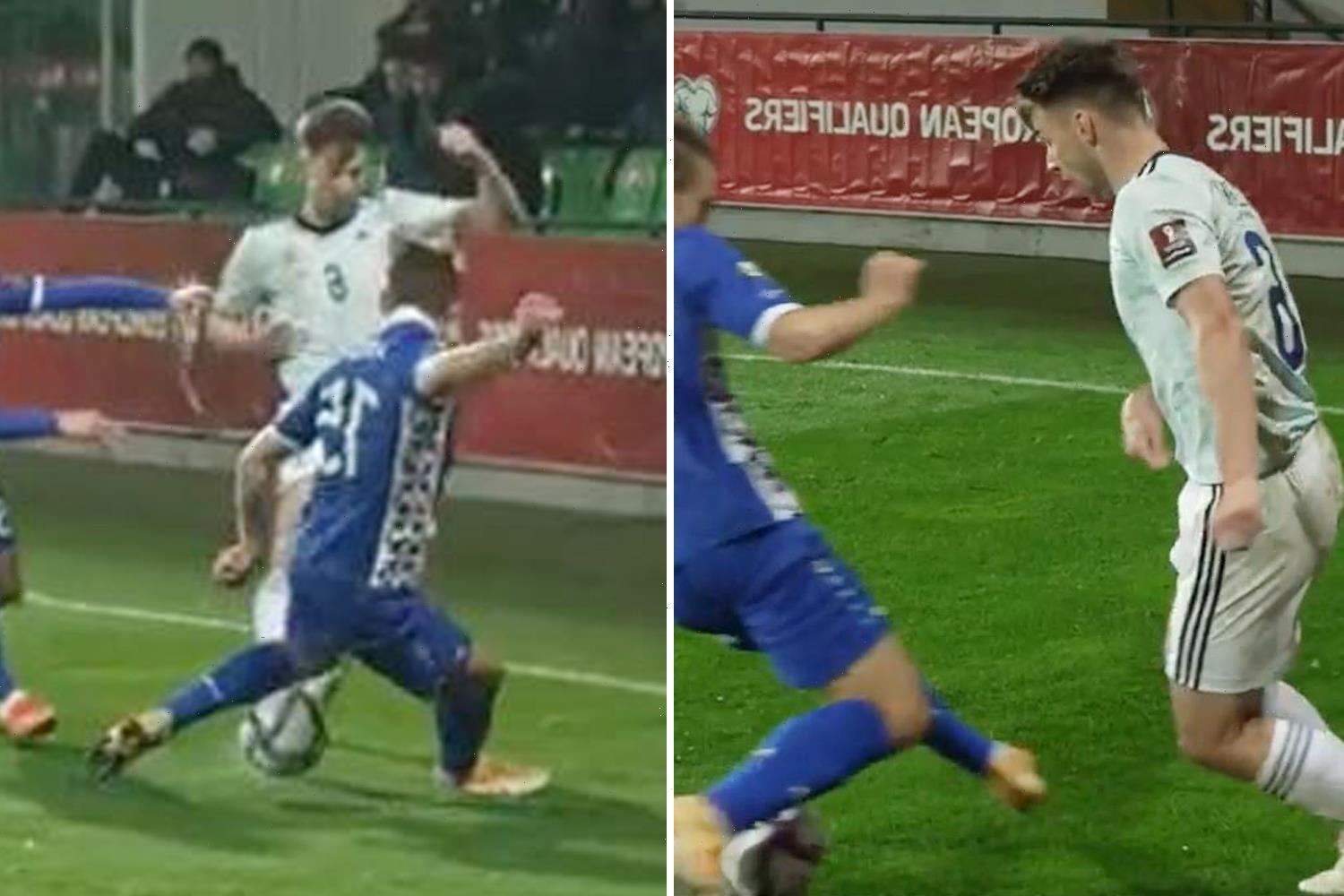 The left-back had missed out on Arsenal's last three Premier League games with an ankle injury, but returned for Scotland in Chisinau. 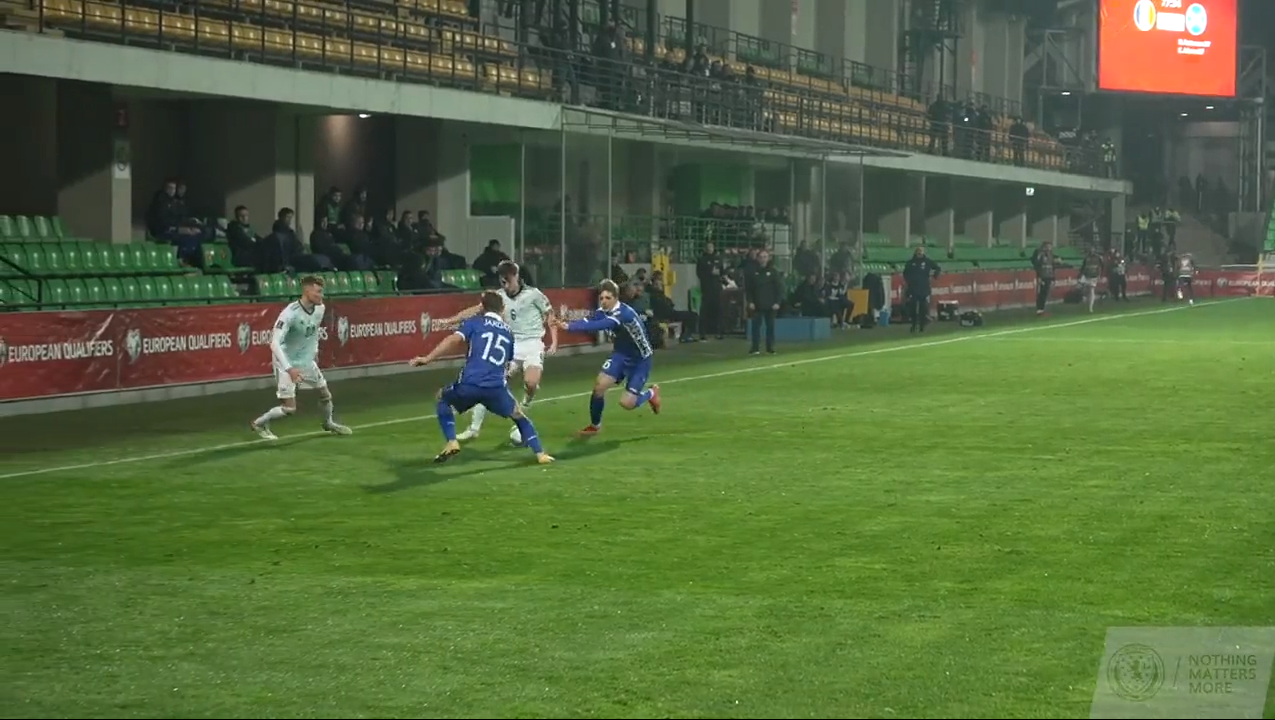 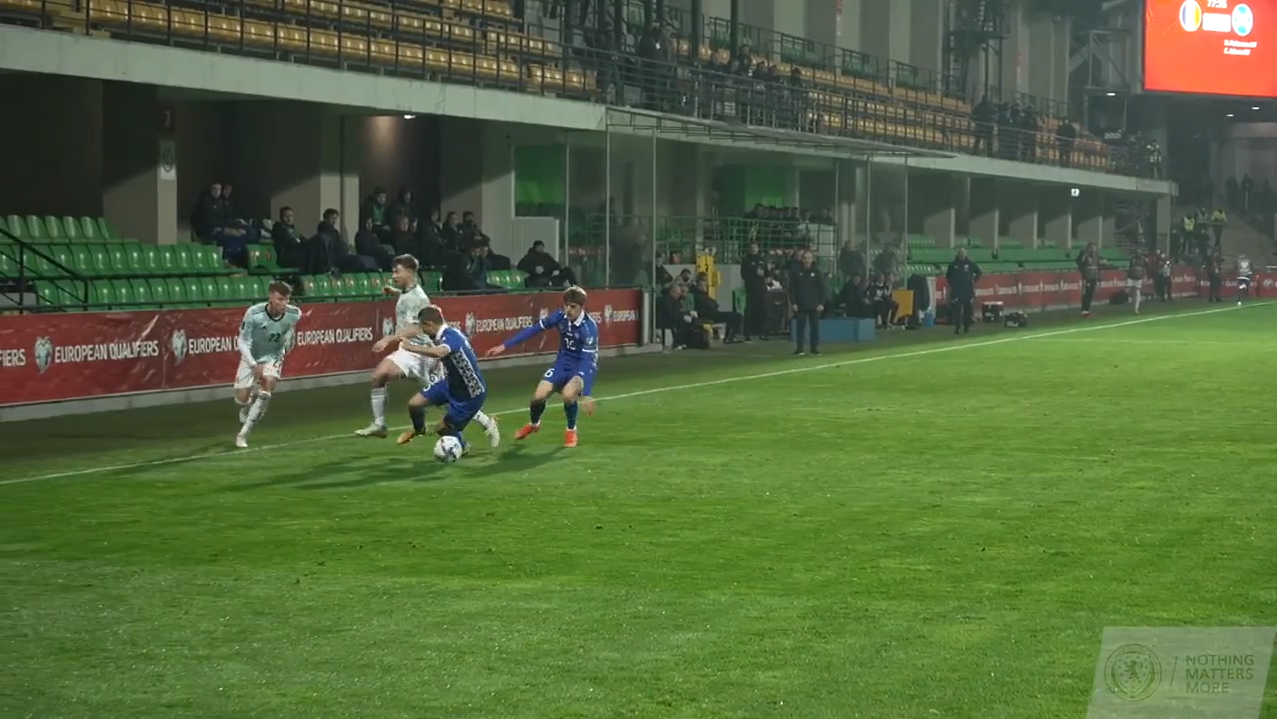 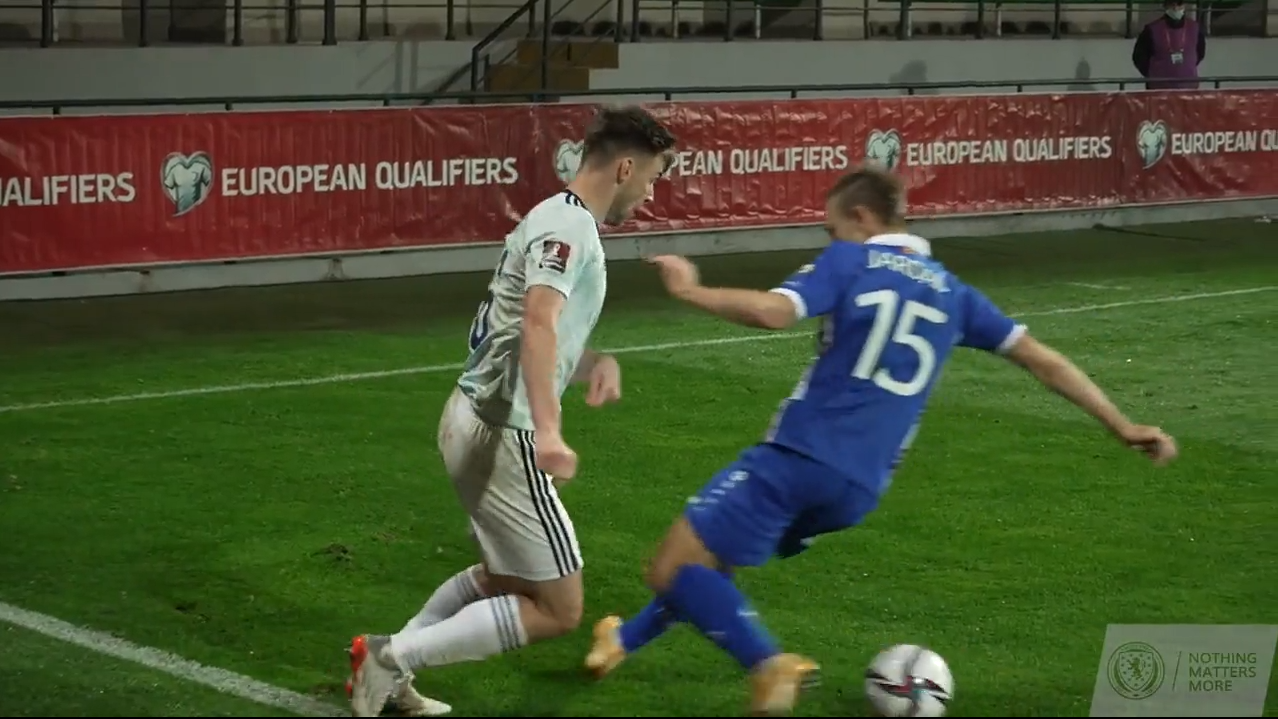 Tierney started on the left of a back-three as Scotland outclassed their opposition, with goals from Rangers' Nathan Patterson and Southampton's Che Adams.

But one of the highlights of the game was an insane double nutmeg by Kieran Tierney on helpless Moldova defender, Ion Jardan.

Tierney poked the ball through Jardan's legs as he ran towards the byline, then held the ball up and cheekily nutmegged the Moldovan for a second time.

Fans then gave hilarious reactions to Tierney's double nutmeg at the Zimbru Stadium on Friday , with 'Davocvi' saying that Tierney had 'banished him to the shadow realm'.

'The_Klarr' commented: "Didn't know Tierney was a baker, but then you see him dole out 2 tsp of nutmeg like its nothing. Will he be on Bake-off next season."

Summer signing Nuno Tavares has deputised at left-back for Arsenal in Tierney's absence and has won the plaudits after a series of impressive performances.

The Portuguese defender, 21, was initially signed as a back-up to Tierney, who has suffered with injuries since joining Arsenal in 2019 for a reported £25m fee.

But some fans believe that Tavares will challenge Tierney for the starting spot at left-back, having shone in Arsenal's last three league victories.

'lemondrop23' said: "Haven't seen that sort of Tierney for a while, this is why having genuine competition for places is only a good thing.

"Especially with players as young as ours. Nuno and Tierney should bring out the best in each other."

The former Celtic man earned his 29th Scotland cap in last night's historic 2-0 victory over Denmark, sealing their place in the World Cup play-offs next March.

They are also guaranteed a home draw, meaning they definitely won't play Portugal, Italy or Russia in the semi-final.

Meanwhile, the Netherlands, Ukraine, Turkey, Finland and Norway are all in action tonight and must wait to find out their fate.

Scotland failed to qualify for the last five World Cups, but qualification to Qatar 2022 would be their second consecutive major tournament under Steve Clarke.