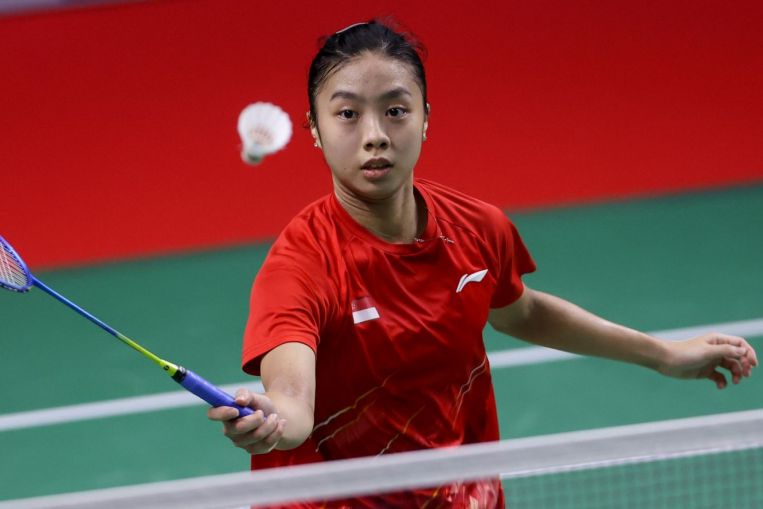 SINGAPORE – On her fourth try, Singapore’s world No. 31 Yeo Jia Min notched her first win over Indonesia’s world No. 22 Gregoria Mariska Tunjung with a 21-19, 21-8 victory to progress to the French Open women’s singles quarter-finals on Thursday (Oct 28).

The 22-year-old badminton player will face South Korea’s world No. 8 An Se-young on Friday for a place in the semi-finals.

However, team-mate Loh Kean Yew could not keep up his fine form a day after upsetting Malaysia’s All-England champion Lee Zii Jia. The world No. 41 was beaten 21-17, 21-13 in 40 minutes by India’s world No. 22 Lakshya Sen at the Stade Pierre de Coubertin in Paris.

Meanwhile, their team-mates all came through the first round at the Belgian International. Mixed doubles and newly-weds Terry Hee and Tan Wei Han continued their fine form after winning the Dutch Open last week to surge 175 places to 230th in the world rankings.

The former world No. 15 pair proved their pedigree as they beat Scotland’s world No. 88 Christopher Grimley and Eleanor O’Donnell 21-8, 21-18 at Sportoase Leuven.

Hee then partnered Loh Kean Hean in the men’s doubles as the world No. 109 duo took out Denmark’s Kristian Kraemer and Marcus Rindshoj 21-18, 21-15.