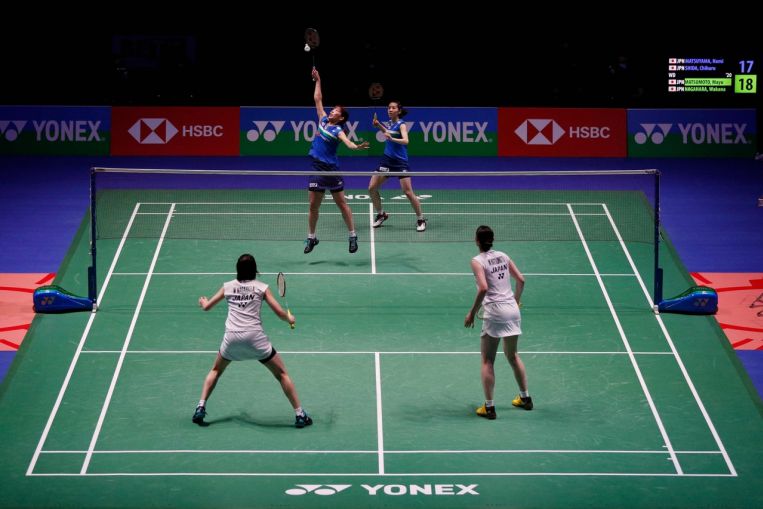 LONDON (REUTERS) – The Badminton World Federation (BWF) voted on a proposal to change the sport’s scoring system and fell just short of the two-thirds majority required to amend the laws, the sport’s world governing body said on Saturday (May 22).

Matches are currently played in a best-of-three format, with the winner of each game being the first player to 21 points. The change proposed a best-of-five format with 11 points to win each game.

The proposal was put forward by the governing bodies of Indonesia and the Maldives and seconded by South Korea and Taiwan in a bid to increase excitement and make the sport more television-friendly. It received 66.31 per cent of the 282 votes cast.

“Our membership has spoken and despite the very small margin in which the two-thirds majority was not reached, the BWF respects the outcome to retain the three games to 21 points scoring system,” BWF president Poul-Erik Hoyer said.

An attempt to change the scoring also failed to obtain the necessary support the last time it was voted on in 2018.

“It is now the second time such a proposal has not been approved,” Hoyer added. “But I see the fantastic participation of the membership and the decision reached today as an indication that the badminton community is very much engaged in the best interests of the sport during these difficult and challenging times.”

Hoyer and KhunyingPatama Leeswadtrakul were also re-elected unopposed to the role of BWF president and deputy president while 20 BWF council members were confirmed for the 2021 to 2025 cycle.