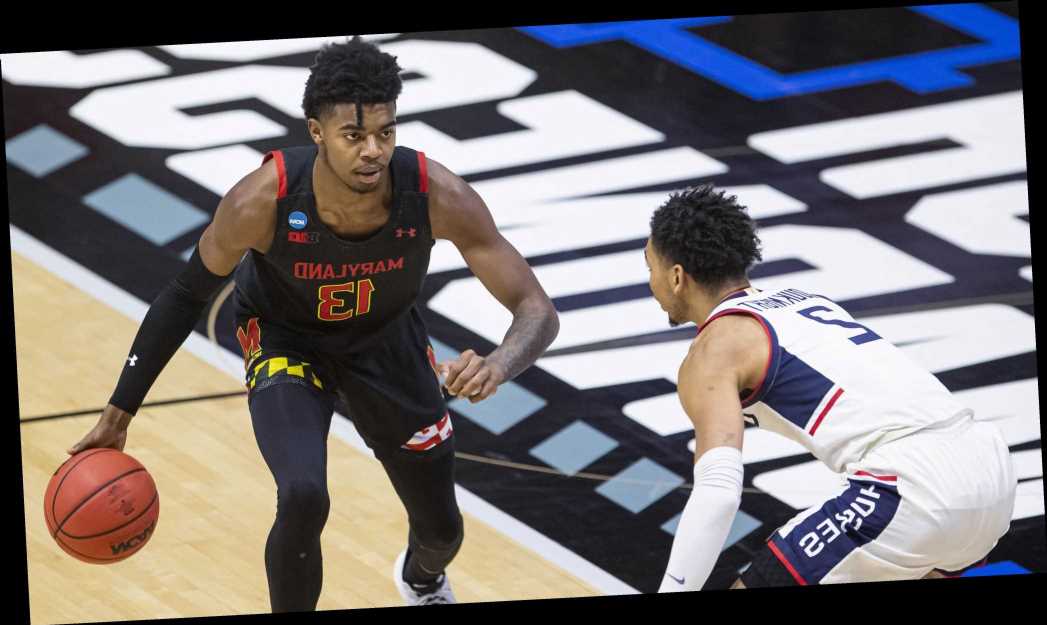 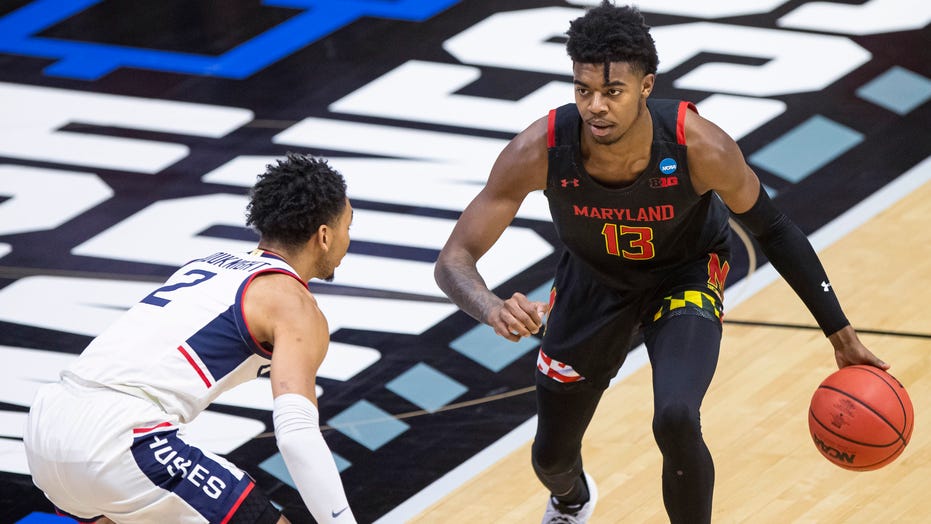 Eric Ayala scored 23 points and Maryland clamped down on defense down the stretch to snag a 63-54 victory over No. 7 UConn in the first round of the NCAA Tournament on Saturday night.

The 10th-seeded Terrapins held UConn to 32% shooting to overcome the Huskies’ strong physical game. Maryland was outrebounded 40-29 but its defense carried the Terps to a second round matchup against No. 2 Alabama.

Maryland (17-13) shot 51% for the game and converted 9 of 18 from behind the arc. The Terps built a 14-point cushion that UConn cut to 53-48 with 2:53 remaining. Ayala and Darryl Morsell each made a pair of three throws to push the lead back to nine.

Hakim Hart answered another small UConn (15-8) spurt with a jumper to make it a three-possession game, and a dunk with 30 seconds left ignited a celebration on Maryland’s bench.

Ayala was 8 of 14 shooting, including 3 of 5 from deep, and was among three Terps with five assists. Aaron Wiggins had 14 points and Donta Scott 12 for Maryland.

James Bouknight had 15 points and Jalen Gaffney 12 for the Huskies, who won five of their last six games to earn their first NCAA Tournament berth since 2016.

The Huskies have been through the firing of a coach, NCAA violations and a series of transfers since winning the 2014 national title. Dan Hurley was hired in 2017 to rebuild the program and UConn posted its first winning season in four years in 2020.

It was the first meeting between Maryland and UConn since Maryland won in the 2002 regional final en route to its only national championship.

The Terrapins had been shooting 46% headed into the game to show the team was more than just a defensive juggernaut. Their consistency in both halves was notable and critical with baskets that stalled UConn’s momentum.

The Huskies were aggressive throughout and beat the Terrapins for rebounds and 50/50 balls. But the shots didn’t fall, in large part due to Maryland’s success in altering some of those looks.

Maryland plays Alabama (25-6) in the second round.