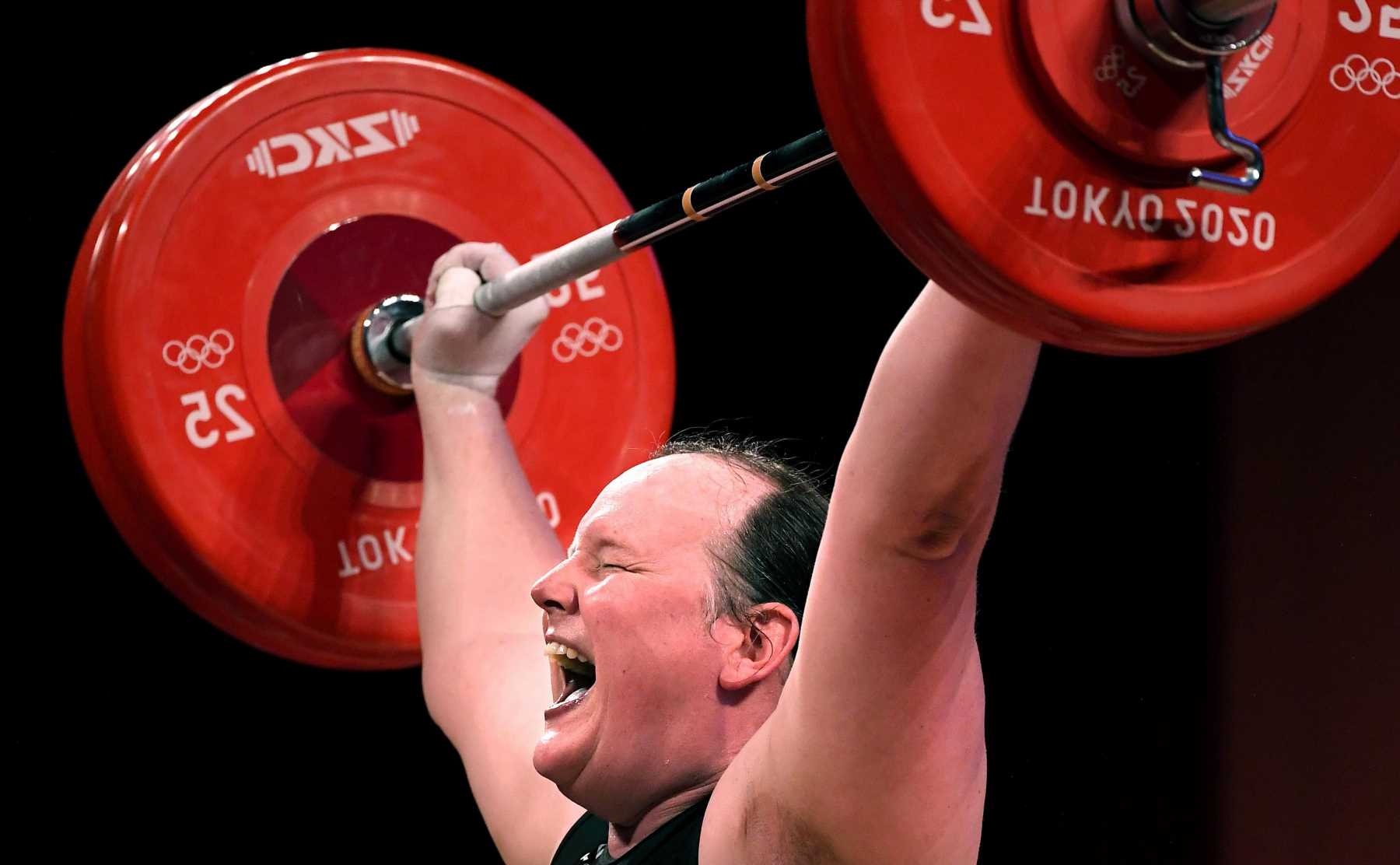 US baseball gets a shot at gold — and revenge

This is the face of Olympic heartbreak: I’m ‘gritty as f–k’

US has its final Olympic basketball opponent after classic game

The inclusion of transgender weightlifter Laurel Hubbard in the 2021 Olympics continues to stir controversy.

On Monday, Hubbard made history in the women’s 87kg weightlifting final, becoming the first openly transgender athlete to compete in an individual Olympic event.

Afterward, a reporter asked the event’s trio of medalists — Li Wenwen of China, Emily Campbell of Great Britain and Sarah Robles of the United States — how they felt about Hubbard’s groundbreaking performance in their sport.

The question was met with nine seconds of silence, before Robles responded with “no thank you,” ushering in the next question.

Hubbard’s inclusion at the Olympics has been met with a bevy of criticism from her competitors. Leading up to the Games, Belgian weightlifter Anna Van Bellinghe called Hubbard’s participation “unfair to the sport and to the athletes,” conceding that she felt “powerless” in the situation.

Hubbard, 43, had not engaged in international weightlifting competitions until after her gender transition, a process she began at the age of 35.

Despite the critique, Hubbard satisfied the protocol for transgender athletes, as first established by the International Olympic Committee in 2015; most importantly, her testosterone level is less than 10 nanomoles per liter. However, that maximum threshold is still several times greater than the standard for biological women.

Hubbard’s groundbreaking stay at the Olympics proved to be short-lived, as she failed to record a single clean lift in her three allotted attempts.