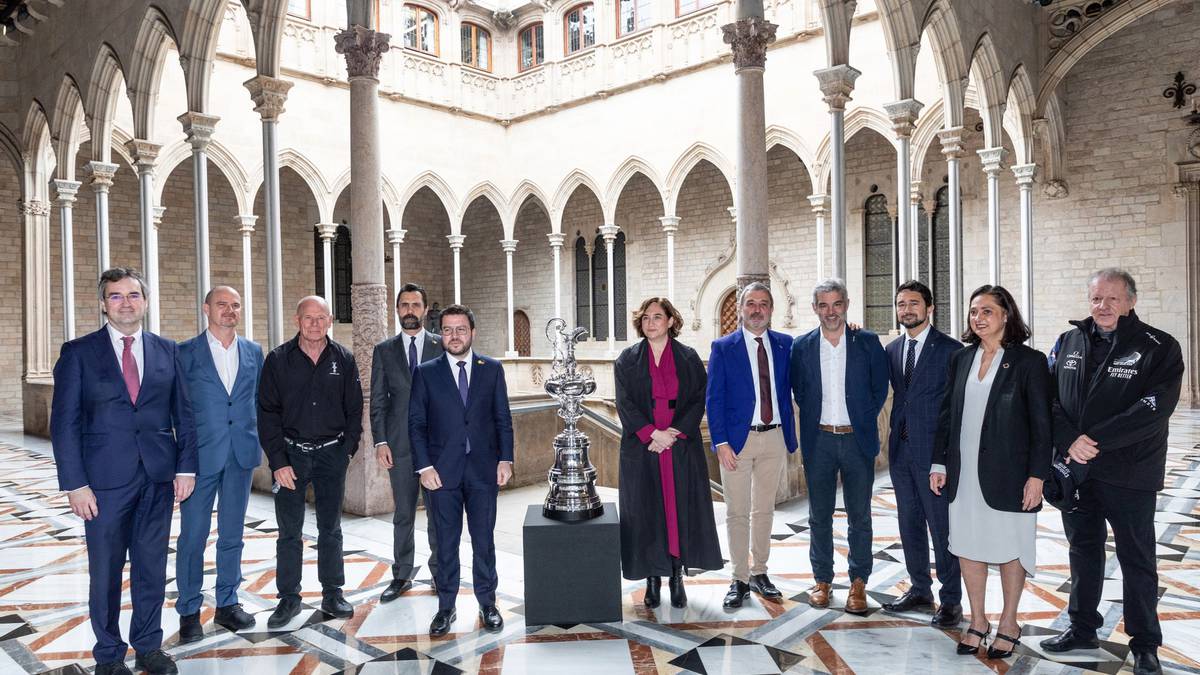 Adios, hasta la vista, vamoose – pick the Spanish phrase you like, the America’s Cup regatta is out of here.

I don’t get why so many people seem surprised because this was mooted a year ago, but I do understand the disappointment.

Auckland, the City of Sails, is my home and one of the greatest sailing destinations on the planet.

Images of the 36th America’s Cup beamed around the world showed the sparkling Waitematā Harbour, with Rangitoto as the backdrop and spectators lining North Head. They were stunning and made me proud of my sport and home.

But now the Cup is no longer going to be held here.

I’m still proud of our sailing nation. Our success in a cutting-edge sport involving huge money and high technology is remarkable but, and it’s a big but, the sense of loss and disappointment is difficult to stomach.

My emotions are based around the lost opportunity and the national pride that Team New Zealand’s success has brought. The investment, emotionally and financially, was all about “bringing the Cup home” then keeping it here.

These emotional responses are, however, tempered by some important realities.

Privately owned TNZ are not a nationally representative team like the Black Caps, All Blacks or Silver Ferns.

In order for TNZ to be successful and even survive they must raise huge money in a difficult financial climate.

And TNZ do not have a lot to sell. The sport does not fill stadiums with thousands of paying spectators, the television rights are modest compared with other professional sports, and merchandise sales are limited.

Furthermore, the return on investment for sponsors is a hard sell for a niche sport which most of the world does not care about, and is only held every four years or so.

So where does TNZ’s revenue come from, and what does it have to sell?

First and foremost, as the defender of the 37th America’s Cup, it has the right to determine the rules, including the venue. This is their biggest revenue opportunity.

And boss Grant Dalton is correct – the $31 million in cash offered by the NZ Government is not enough to retain a 100-strong and talented team until the next Cup in three years.

Remember 2003, I would ask. Lose the talent and you’re going to get your arse kicked. It’s as simple as that.

I don’t always agree with Dalton, but on this one I do. As Sir Peter Blake’s mentor Sir Tom Clark once said to me about yachting campaigns: “Son, if you’ve got no dough, then it’s no go!”

For all those whinging and moaning about the Cup being taken offshore, ask yourself this question: Would you support the NZ taxpayer handing over $130m to a privately owned sporting business in order to host the 2024 regatta?

I’m not comfortable with that. The decision has been made, and ultimately it was not ours to make. So I’m moving on.

Barcelona is a great sailing city. It’s in the heart of the Mediterranean, which is the super yacht capital of the world. It is easy to get in and out of, has great shore-based facilities, a reliable sailing breeze and a fantastic culture.

In terms of the America’s Cup itself, this is a great move.

In terms of home advantage, there is no such thing for sailors at this level. They will all have plenty of time to suss out the conditions.

The regatta will occur in the right timezone for the majority of the world’s sailing fans to watch it live. Barcelona is a fantastic place for corporate sponsors to bring their clients and staff while leveraging business opportunities.

And yes, thousands of Kiwis will go there to watch the regatta.

If we are smart, New Zealand can use this staging of the 37th America’s Cup to our advantage. We can showcase Kiwi innovation, talent, businesses, culture and our nation in the heart of Europe using the advantages of being the defender.

Most importantly, if New Zealand win it can show once again there is no better nation than our little group of islands at racing high-tech flying machines powered by the wind, and that we can do it anywhere.

No team has won the America’s Cup three times in a row. The threepeat would be historic and an incredible achievement – especially away from home.

Yes, it sucks it’s not going to be here in Auckland, but if they win again, what a win it will be.