Akira Santillan was the first winner as the Australian Open wildcard playoffs began in Melbourne on Monday.

The week-long tournament gives Australians who fell short of the rankings cut-off for the Melbourne Park major a chance to win a coveted place in the main singles draws. 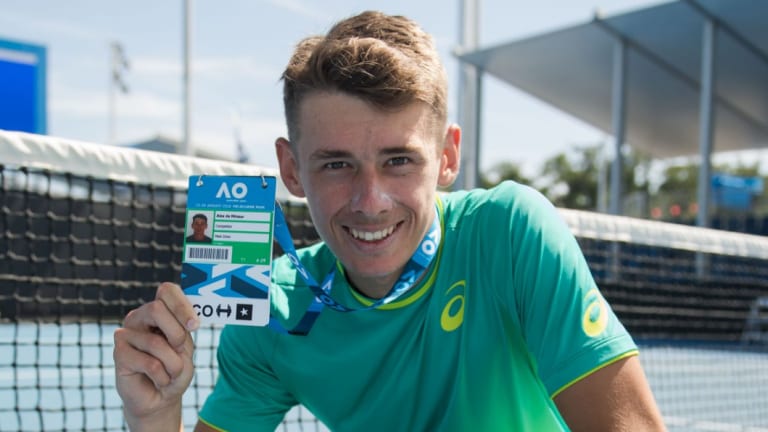 Last year's men's winner, Alex de Minaur, used the playoff as a springboard to begin a stunning rise in the rankings that saw him finish 2018 as Australia's top-ranked male player.

Santillan, a Tokyo-born 21-year-old, is gunning for his first main-draw entry at a grand slam.

The 29-year-old Far North Queenslander is hoping to make it through to his second Australian Open singles draw, having fallen in the final stage of qualifying for the past two years.

The world's top 102 women and top 101 men have all confirmed they will compete at the year's first grand slam, a field that includes 10 locals.

The top-ranked man in action this week is Alex Bolt (159), suggesting Jason Kubler (114) and Thanasi Kokkinakis (154) will be handed main-draw wildcards from Tennis Australia.

Ashleigh Barty (15) leads the Australian women to have qualified directly, with Daria Gavrilova (35), Ajla Tomjanovic (46) and Samantha Stosur (72) joining her.

Women's singles action begins on Tuesday, with both playoff finals taking place on the weekend.