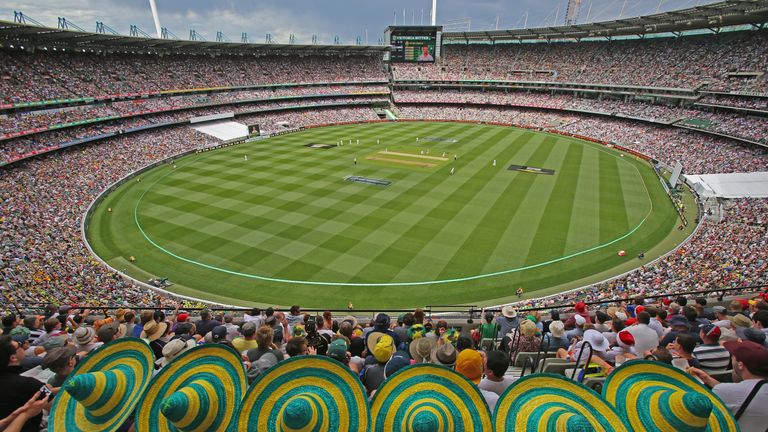 Authorities are targeting crowds of at least 25,000 people per day at the Melbourne Cricket Ground (MCG) for Australia’s second Test against India on Boxing Day, a government official said on Wednesday.

Melbourne, Australia’s second most populous city, was released from a coronavirus lockdown on Wednesday, with retail and hospitality businesses opening their doors for the first time in months.

Victoria state sports minister Martin Pakula said the government would develop a plan with Cricket Australia and the MCG to allow the famed 100,000-seat stadium to be at one-quarter capacity for the Test starting on December 26.

“We’ve been really clear with Cricket Australia and the MCG that we’ll make final decisions about numbers closer to the day, depending on the epidemiological situation that abides at the time,” he said.

“At this stage, (25,000) is what we believe would be the safe and appropriate number per day here at the MCG.” Pakula said he would not rule out raising the cap if the health situation allowed.

Melbourne’s liberation from lockdown has come too late for the country’s biggest week in horse racing, the Melbourne Cup carnival, which starts this weekend.

The carnival usually attracts crowds of 90,000-plus to major races and is crowned by the A$8m (£4.4m) Melbourne Cup, which is run on the first Tuesday in November at Flemington and known as “the race that stops the nation”.

But no spectators will be at the track this year. The Victoria Racing Club had hoped owners of entered horses might attend but Pakula said the government had denied the request.

The government last week initially approved owners at the A$5m (£2.7m) Cox Plate that ran Saturday but quickly backflipped on the decision after community outrage.

“The view the government came to was it wasn’t appropriate in the circumstances to have hundreds of owners congregating at Flemington next week,” said Pakula.

“There will be a time for that but next week is not that time.”

Injured Rohit out of India tour to Australia Rohit Sharma has been ruled out of India’s tour to Australia with a hamstring injury with KL Rahul recalled to the Test squad.

The BCCI has named squads for all three formats as they prepare to play four Tests, three one-day internationals and three Twenty20 internationals in Australia in December and January.

Seamer Ishant Sharma has also been left out as he continues to recover from an abdominal muscle tear that ruled him out of the IPL, where Rohit sustained his injury, but there are Test recalls for Rahul and wrist-spinner Kuldeep Yadav and fast bowler Mohammed Siraj has earned his first call-up to the red-ball squad.