Australia had won the toss and would bowl, it was announced to media. It made no sense when a broiling sun was already beating down on Adelaide Oval and all except the hardiest patrons were retreating into the shady recesses. It turned out to be fake news, but it prefaced a dyslexic sort of day of Test cricket on which nothing came out in a recognisable shape or form.

Having won the toss, India might have expected to bat all day, and half of Friday as well. Australia might have resigned themselves to it. Instead, the Indian top order proved as substantial as a mirage. By lunch, four had perished through extravagant drives, including the great Virat Kohli. Succeeding him, Rohit Sharma hooked one six and cover-drove another, astonishingly, was caught behind the square leg rope from Nathan Lyon to register a third six, then was caught inside the rope by the same fieldsman from the same shot next ball. Befitting a backyard shot, it was six and out. He had made 37.

He was playing for his Test career. Call his shot heatstroke. Call India's approach IPL-litic. 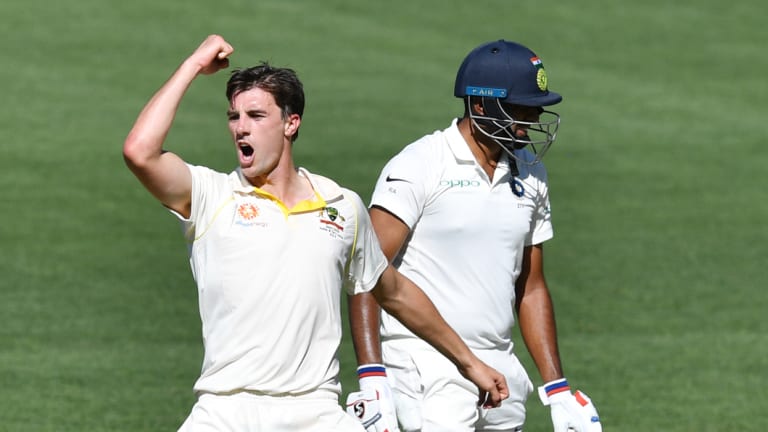 But give credit where it is due to the Australian attack. Its corporate effort or lack would always be the fulcrum of this series. The three quicks all pitched up and at the stumps, found a pitch responsive to swing and seam and put pressure on an Indian batting order that is star-studded, but unusually for Indians in the 21st century, an inconspicuous presence outside India. Moreover, the bowlers kept it up – the length and the toil – when they might have softened and shrivelled in the sapping sun, and kept up their mutual moral support, too. It created the impact of a fourth, unpicked bowler.

In the absence of an all-rounder, Lyon not only relieved the quicks, but complemented them. Grip from the pitch translated to grasp of the batsmen. His 28 overs were both foil and force.

The Indians were given neither room nor let. Leave was something to take between seasons, not here. Here from Australia was hard cricket, without the abrasions, merely the odd jibe or glare that even Kohli had conceded was within the pale. Trying to escape the clutches, the Indians played big shots. Five went over the rope, five into the gratifyingly sure hands of fieldsmen, and in the case of Usman Khawaja when removing Kohli, hand, singular. But don't be fooled by the six count. Flow of boundaries is the usual business on day one in Adelaide, but not this day, not against these bowlers. There were merely 22 for the day; once, David Warner would have fancied that many for himself, if mentioning the war is permissible.

From 5-86, India's mission was strictly remedial. Cheteshwar Pujara was counterpoint-in-chief. He was immovable obstacle to Australia's irresistible force. He has three double centuries in Test cricket, two against Australia, and three triple centuries in first-class cricket besides. It is a history that says when his turn to bat comes, he does not go in, he moves in. 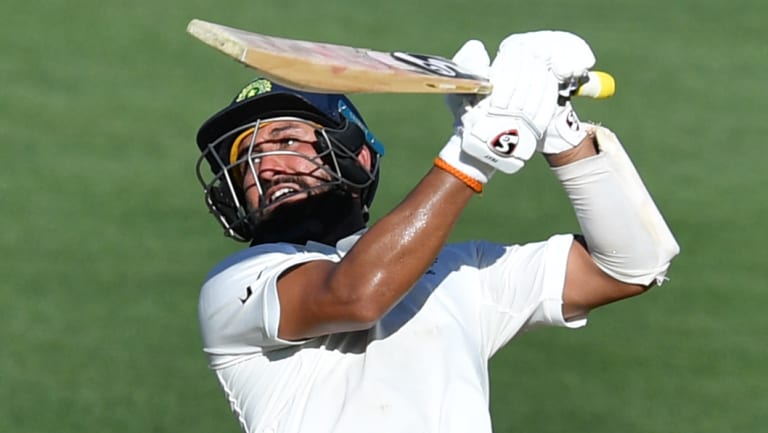 Scanning for a chink in Pujara's armour, he set a very short slip, not to be confused with lingerie. It yielded nothing this day, but conveyed the sense of a team on its toes without necessarily needing to stand on others'. Vigilance had its reward at last when Pat Cummins contorted himself at mid-on to run out Pujara. It was a startling way to end an engrossing day.

No, Australia didn't win the toss and bowl. But 9-250 says they played as if they did.