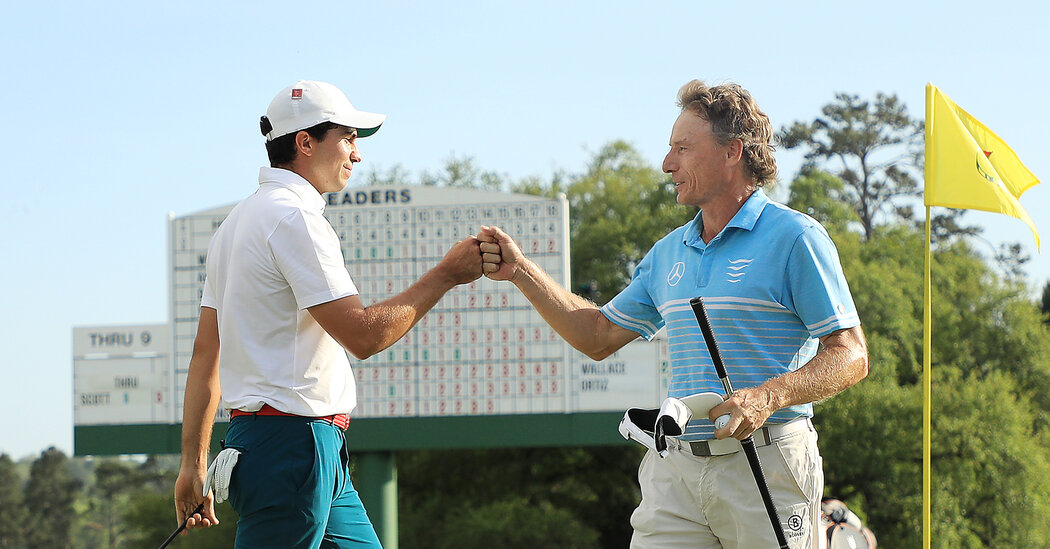 Alvaro Ortiz missed a putt in the final round of the Masters that cost him one of the most coveted trophies in golf, the silver cup that goes to the amateur with the lowest score in the tournament. It gets presented right before the tournament’s champion slips on the world’s most famous green jacket.

“I missed the putt, but it was a silly mistake from the fairway that cost me,” said Ortiz, who had won the Latin America Amateur Championship in 2018 to get to the 2019 Masters. “I made bogey, to miss low amateur by one.”

After walking off the 18th green that Sunday, ringed by spectators, he sat down to sign his scorecard and took a moment to reflect on that week. “I was grateful,” he said. “I didn’t care about the trophy. I just cared about what I had accomplished.”

After all, Ortiz tied for 36th place with Patrick Reed, who had won the Masters the year before. He also became part of the Augusta National Golf Club’s continued role in promoting amateur golf. 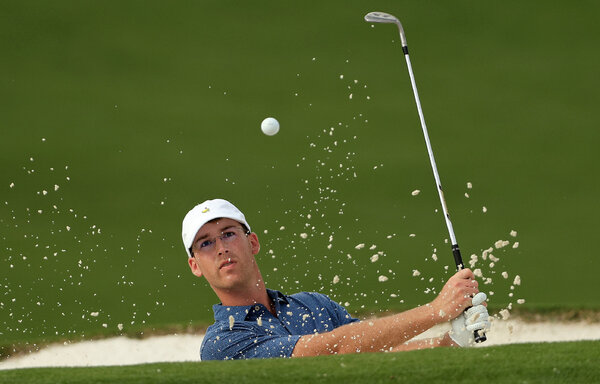 Unlike any golf tournament, let alone major championships, the Masters has continued to add amateurs from around the world while also growing the amateur game for junior golfers.

“These events have given young golfers like me the opportunity to perform on the world stage of golf and helped us gain the confidence needed to take the next step in our golfing careers,” Matsuyama said through a translator.

The Masters amateur tradition started with its two founders, Clifford Roberts, a banker and the club’s first chairman, and Bobby Jones, an Atlanta lawyer and one of the best amateur golfers ever.

The U.S. Amateur champion and runner-up receive invitations. The same is true for the British Amateur champion. The U.S. Mid-Amateur champion, who a few decades ago was won by someone approaching middle age, but is now captured by a player a few years out of college, also gets invited.

In the past decade, the club helped create the Asia-Pacific Amateur and Latin America Amateur championships, extending invitations to both winners. Augusta National also hosts the finals of Drive, Chip and Putt, a nationwide contest for junior golfers held at Augusta National the Sunday before the Masters. In 2019, the club started the Augusta National Women’s Amateur.

“It’s clear to me since I won the Masters, and get to spend a little more time at the club, that every time the chairman speaks, he mentions the history of amateur golf at Augusta,” said Adam Scott of Australia, the 2013 champion. “It’s a very important part of the club. They have an incredible platform to stimulate the amateur game, and they’ve taken an initiative.”

“The stated goal of this championship was to provide a world-class competitive experience on some of the greatest venues in this part of the world,” he said at the Sheshan International Golf Club in China. “By doing so, the young men who were coming here from all over the region would go back home as role models for youngsters in their parts of the world and hopefully stimulate interest.”

Matsuyama, who won the first of two Asia-Pacific Amateur championships in 2010, said the Augusta-backed amateur events had had a significant impact on international amateur golf.

“I can’t say enough about the vision and foresight of the membership of Augusta National Golf Club when they decided to establish the Asia-Pacific Amateur Championship,” he said.

Matsuyama turned pro in 2013 after playing in his second Masters as an amateur.

More precedent setting, though, was the creation of the Augusta National Women’s Amateur.

“It broadens the reach of golf,” said Darla Moore, a Wall Street veteran and one of the first female members of Augusta National. “I genuinely believe it’s a wonderful thing. Golf needs institutional sponsors, and there’s no better place than Augusta to be part of this.”

Five competitors in this year’s women’s amateur were national finalists in the Drive, Chip and Putt competition. The event is open to children 7 to 15 who qualify through local, state and regional events to make it to the finals at Augusta. Megha Ganne, a four-time finalist in the event, played in the Augusta National Women’s Amateur this year. Ganne, a high school junior in New Jersey who said she had committed to play golf at Stanford University, is among the 20 percent of the Drive, Chip and Putt national finalists who have played or committed to play college golf.

When Ganne first qualified for the event in 2015, at age 11, she remembers meeting Condoleezza Rice, the former U.S. secretary of state and an Augusta member. But as Ganne was preparing for her first women’s amateur, she said she appreciates what Augusta has done for the amateur game.

“An assumption that most people make is that golf is a predominantly white and older sport,” said Ganne, 17, who is Indian-American. “With Drive, Chip and Putt and the women’s amateur, Augusta has changed this image so it’s more youthful and diverse. Putting that out there is doing a great thing for the game, and it’s showing people that golf can be for everyone.”

This push to support the amateur game, for a club rooted in tradition, resonates with its members.

Warren Stephens, an Augusta member and chief executive of the investment bank Stephens Inc., grew up steeped in the club’s amateur tradition. His father, Jackson, was chairman of Augusta in the 1990s. Warren Stephens played with Charles Coe, who had six low amateur titles, more than anyone else.

A lifelong supporter of the amateur game, Stephens has created the Jackson T. Stephens Cup, a new collegiate event this fall at the Alotian, a nationally ranked course near Little Rock, Ark. The event will feature the top six men’s college teams and six women’s teams, but it will also invite individual standout players, including golfers from historically Black colleges and universities.

“Today it’s a worldwide game,” Stephens said. “We want all the players to look back on their careers, and whether they turn pro or stay amateur, we want them to say this was one of the top three highlights of their amateur career.”

While his motivation was personal in honoring his father, he sees the event as an extension of the amateur values that are celebrated at Augusta.

“One of the great things about golf is a young person gets to be around older people and learn how to conduct themselves on a golf course,” he said. “I hope we can continue that tradition.”