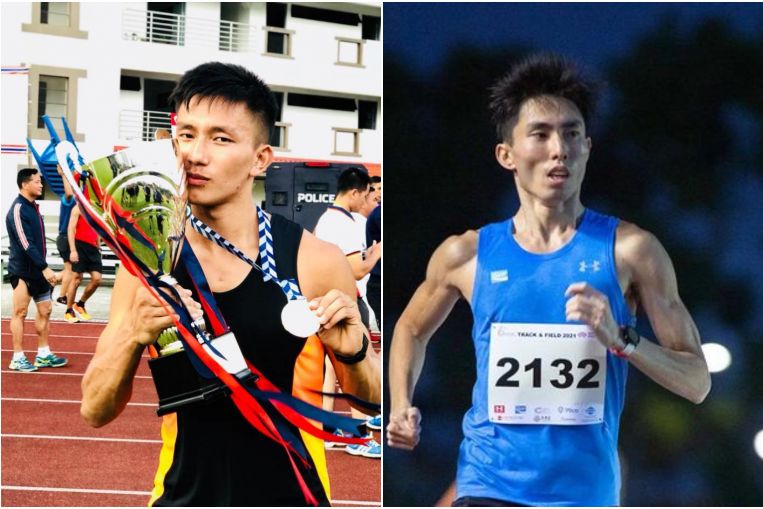 Participants will attempt to complete a 2.4km run below seven minutes as part of a challenge that was issued by Soh after he clocked 6min 53.18sec at the Pocari Sweat Singapore 2.4km Challenge on Sept 4.

In doing so, he became the first Singaporean man to finish a 2.4km race in under seven minutes, but social media posts on his achievement also sparked mixed reactions from the public.

The 30-year-old then announced the open challenge, which will take place on Oct 9-10 at the Kallang Practice Track. According to Soh, 1,997 runners have signed up for the event to date.

Gurung, who holds the 2.4km record for the Gurkha Contingent with his time of 6min 58sec, is not eligible for the prizes offered by the sponsors for anyone who achieves a sub-seven time in the race as those are only for Singaporeans.

The current prize pot includes $700 cash reward and 700 bottles of sports drink, $700 worth of chicken rice, food and beverage vouchers and sports apparel.

In a Facebook post, Soh wrote: “Not many outside of the Gurkha camp were aware of his achievement. One thing I notice about the Gurkhas – they don’t really go around telling people how good they are. I invited Subas to this challenge to give him a platform to show all of Singapore what he’s capable of.

“Subas is Nepalese, and hence won’t qualify for most of the prizes in the pot that are for Singaporean challengers only. Hence I am even more appreciative of him stepping forward to give the people a show.”