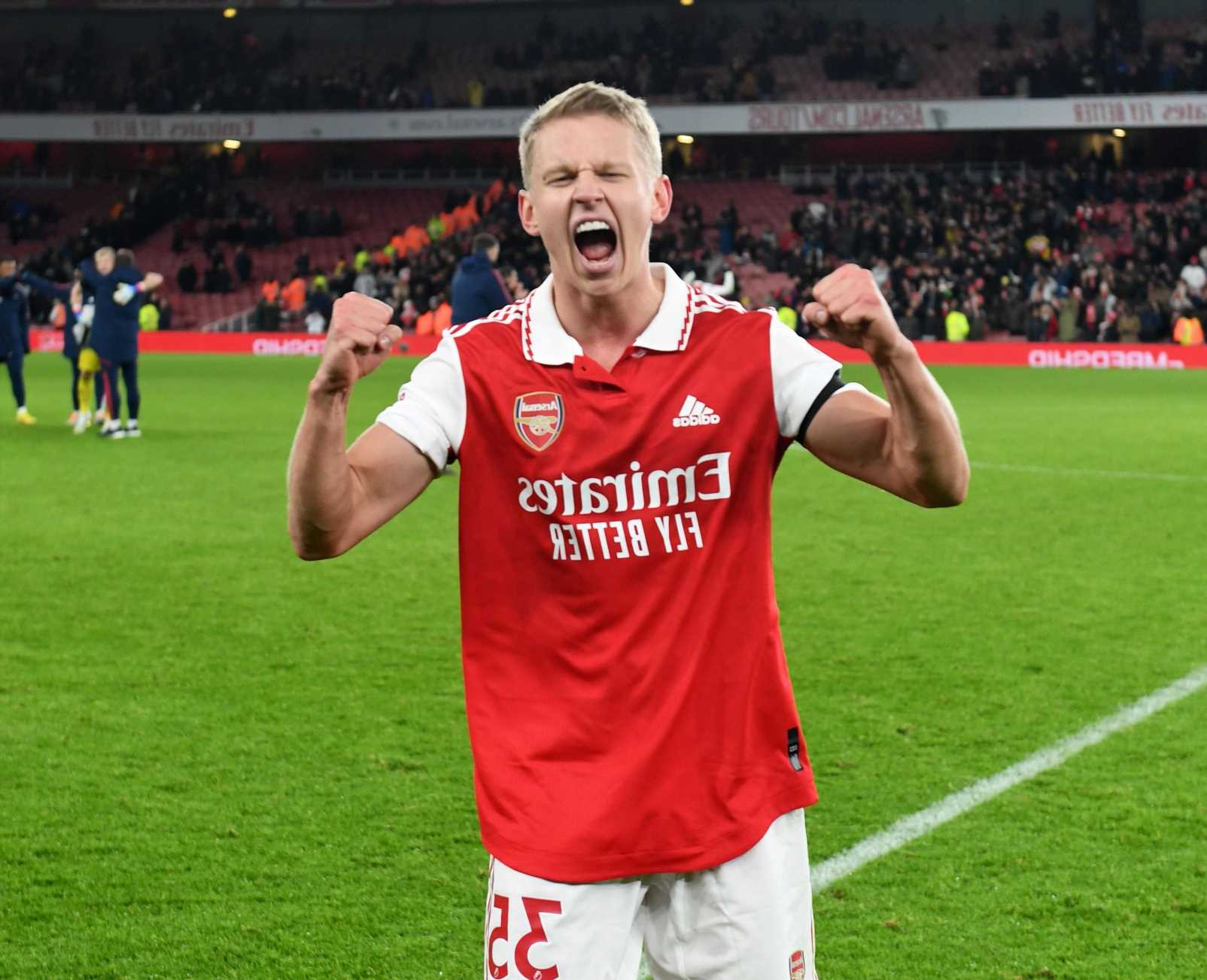 FA CHIEFS "warned" Oleksandr Zinchenko for over-celebrating… when the Arsenal hero was out injured!

The summer signing leapt from the bench to join team-mates rejoicing Gabriel's late comeback winner at home to Fulham in August. 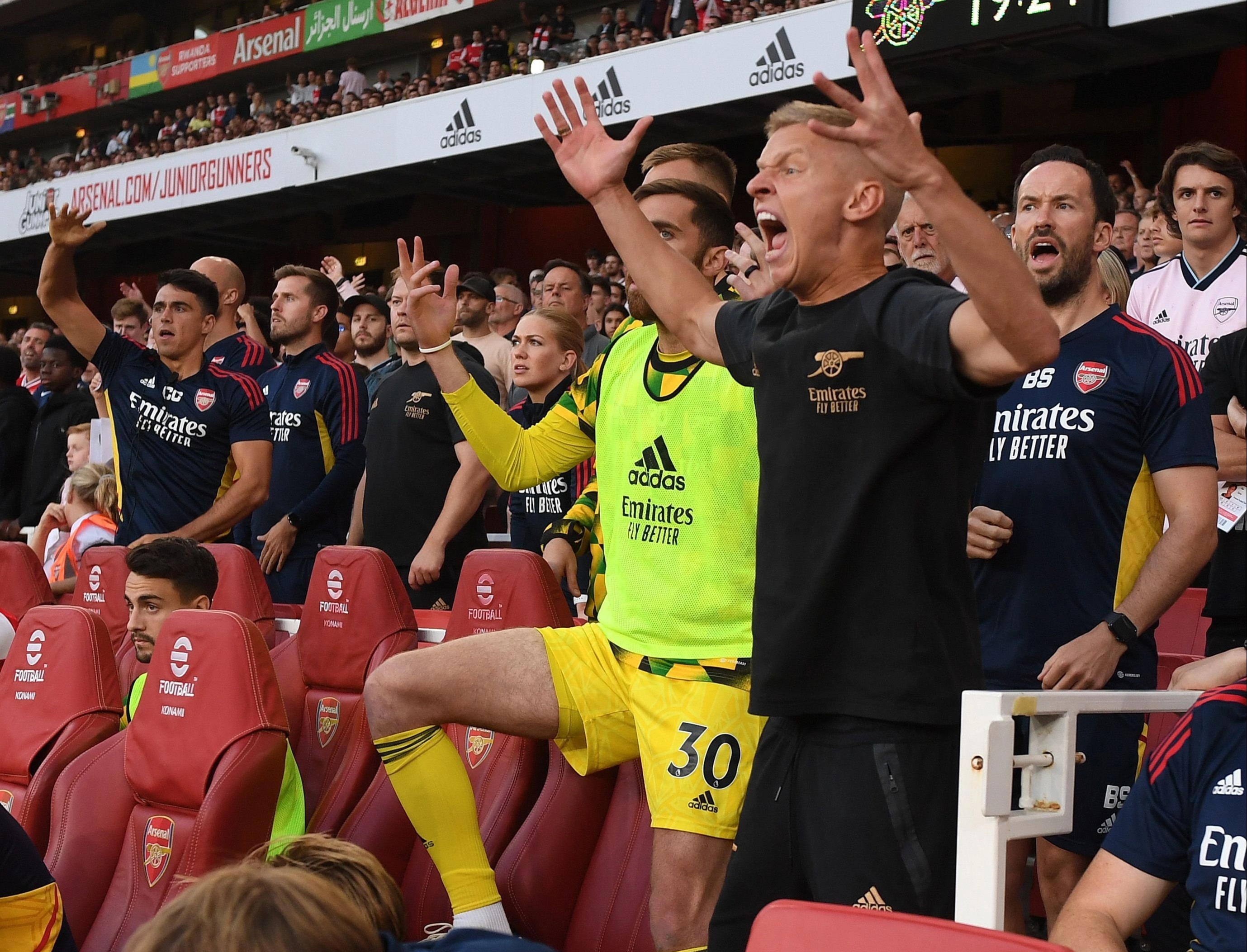 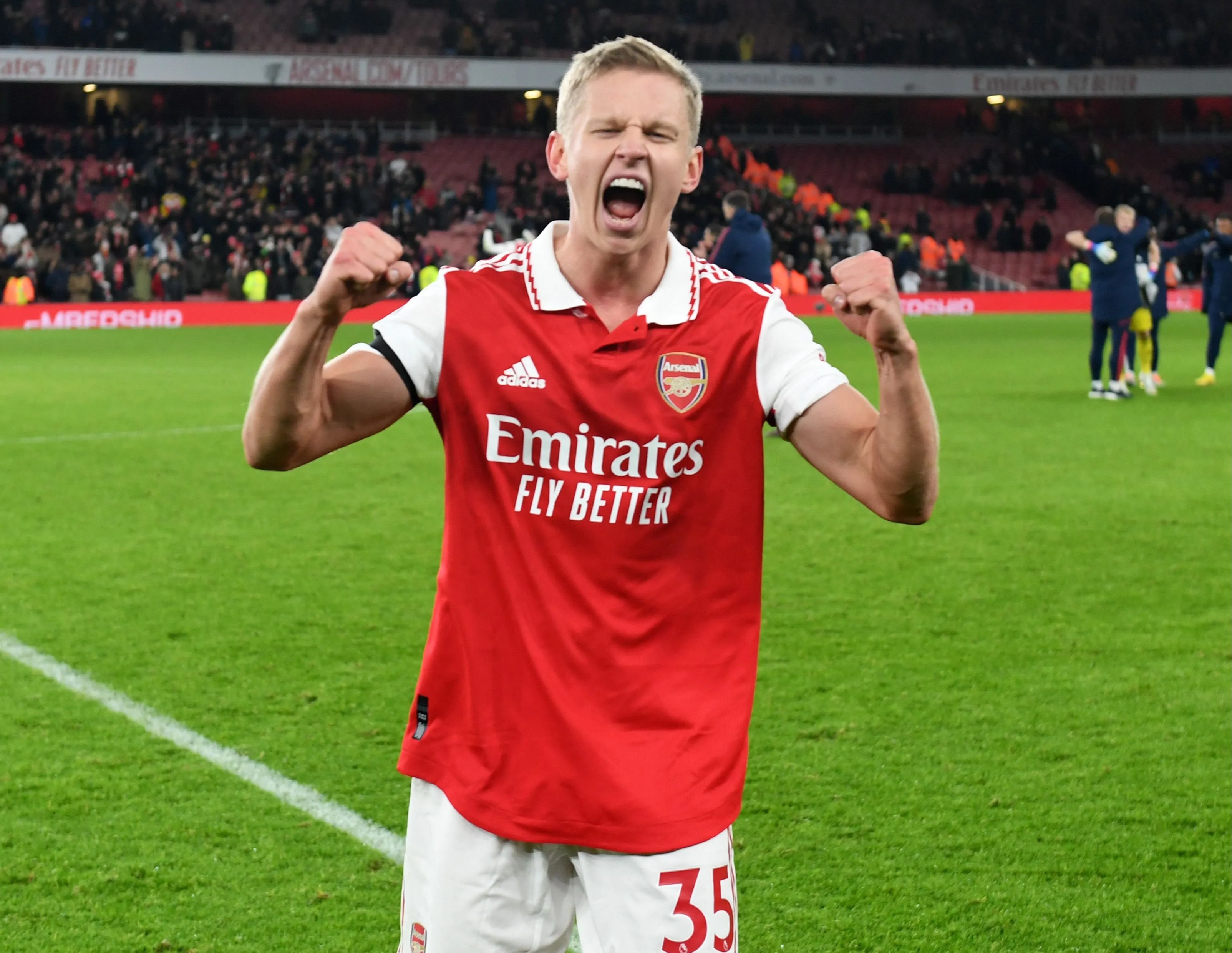 And The Telegraph say the FA sent him a letter telling him he could be considered a "pitch invader" as he was not in the match-day squad.

The Ukraine left-back has become an instant favourite with fans of the Premier League leaders after joining from champions Manchester City.

And although he was unfit at the time, he leapt from the sidelines to roar his delight when Gabriel smashed home from a corner to seal a 2-1 victory over the Cottagers.

Zinchenko ran down the touchline to share celebrations with Arsenal players by the corner flag. 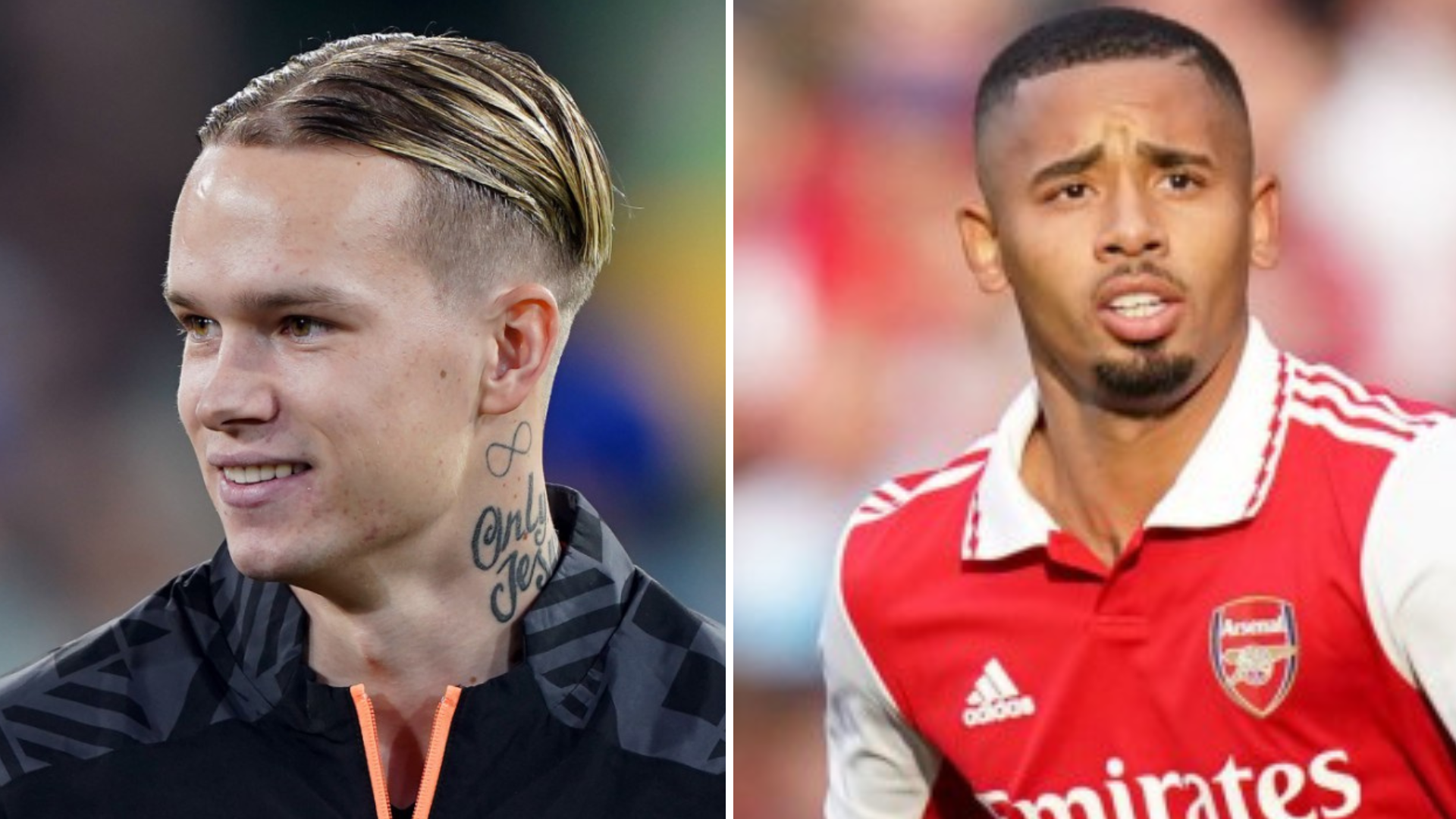 And he gestured to fans with his hands to urge them to help see the Gunners home in the dying minutes.

His joy might have been amplified by encouragement for the Gabriel.

The Brazilian centre-back had blundered to gift Aleksandar Mitrovic a 56th-minute opener for Fulham.

But Martin Odegaard fired a deflected equaliser and Gabriel was mobbed by team-mates when he pounced for the clincher. 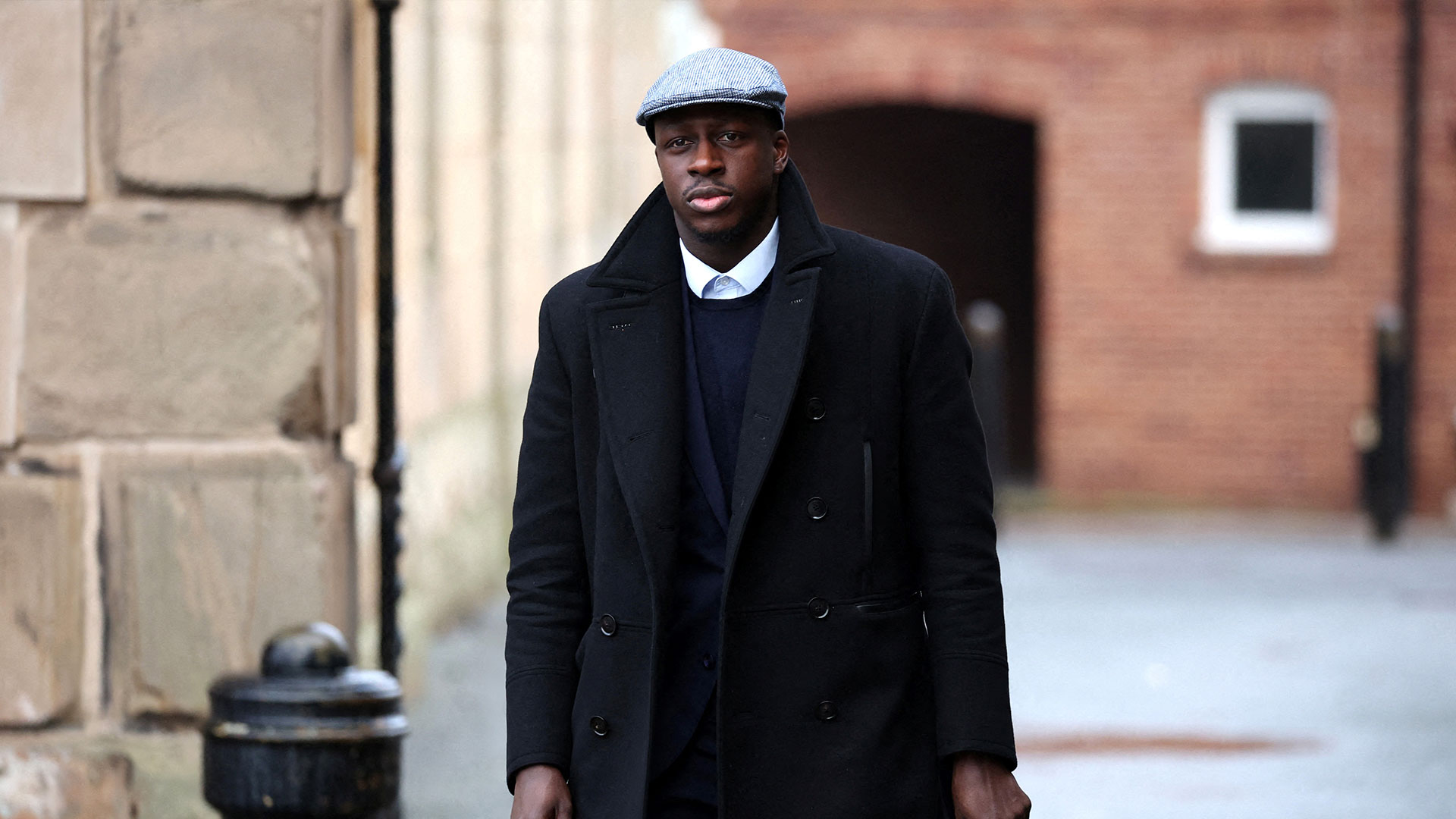 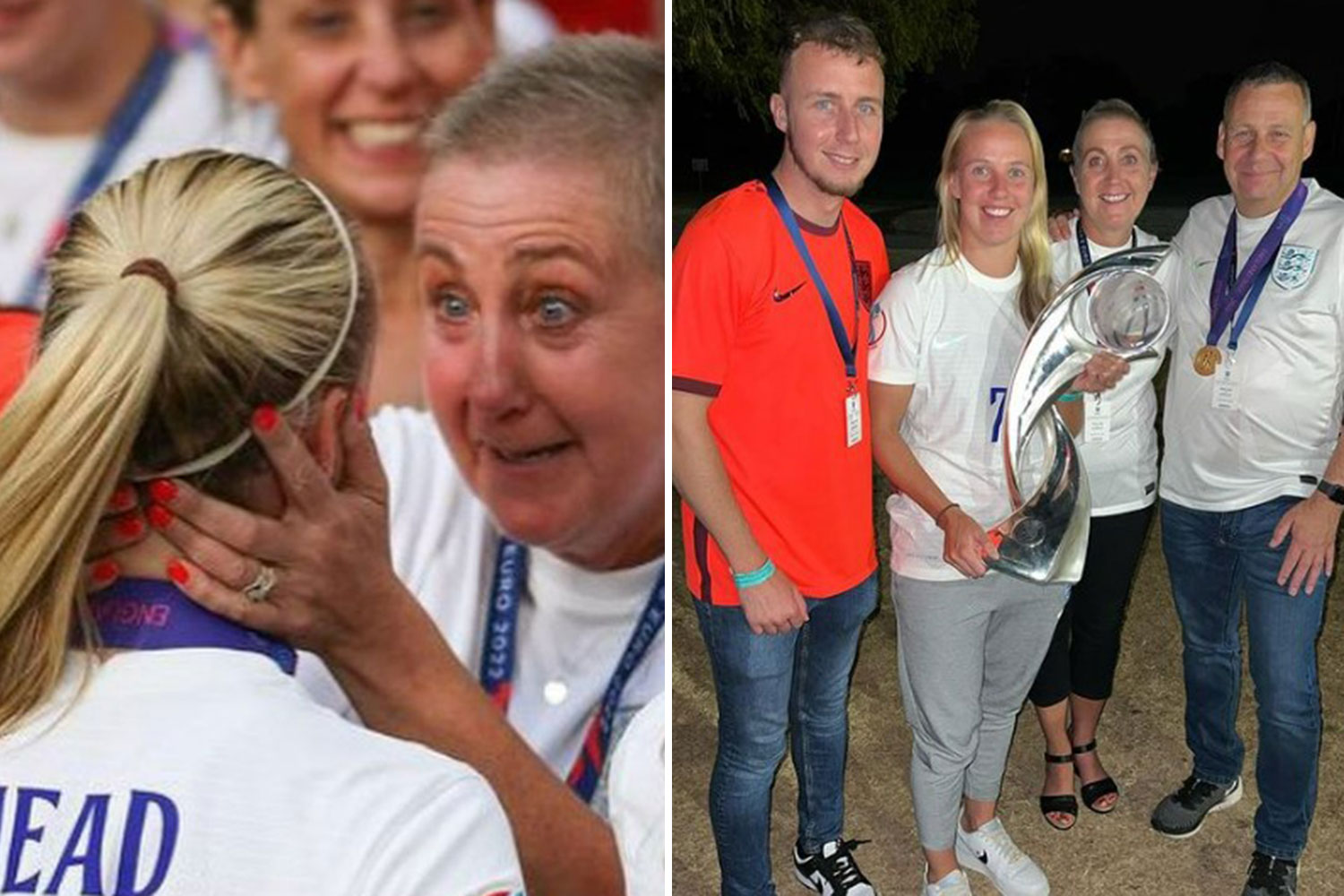 Zinchenko has since put his injury niggles well behind him to emerge as an outstanding success for Mikel Arteta's exciting side.

And ahead of Sunday's trip to fifth-placed neighbours Tottenham, the Gunners sit five points clear of his old club City at the top.