PIERRE-EMERICK AUBAMEYANG claimed he was held 'hostage' without his passport at Gambia airport throughout the night.

The Arsenal star, 31, called for changes to be made after the Gabon squad were left with less than 10 hours to prepare for their Africa Cup of Nations qualifier after the hold up. 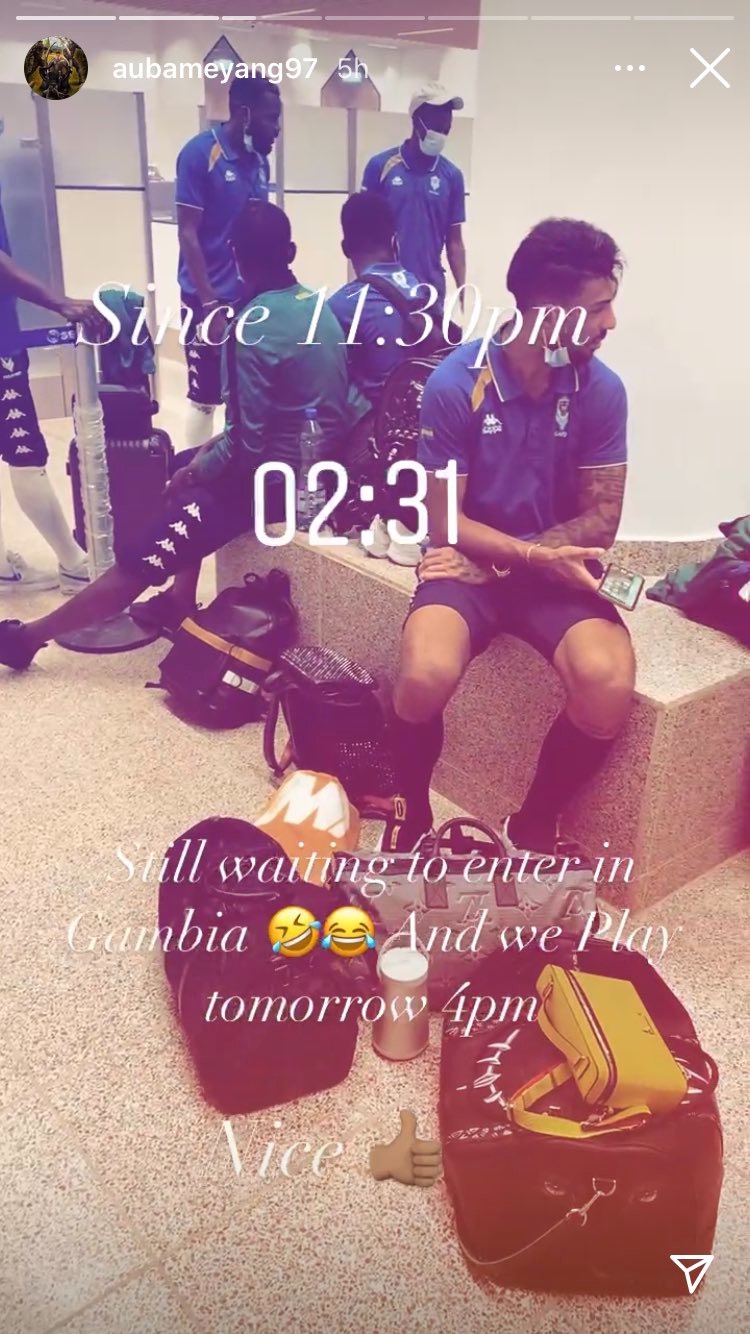 The Gabon squad had to sit around at the airport all night as they waited for permission to enter Gambia.

Aubameyang documented the nightmare ordeal with his 10 million followers on Instagram.

Some of Gabon's players tried to sleep on the floor on makeshift beds, but the Gunners forward appeared to be up all night.

His next snap, posted at 2:55am, had the caption: "They will not discourage us."

The nightmare continued as his post at 4:37am read: "Don't think we're in. Still at the airport."

He furiously tweeted: "@CAF_Online just want to know why Gambia keep our passports for hours and they keep us at the airport are we hostage or what?

"Are you gonna close your eyes? Want to see the Next Episode of this Film." 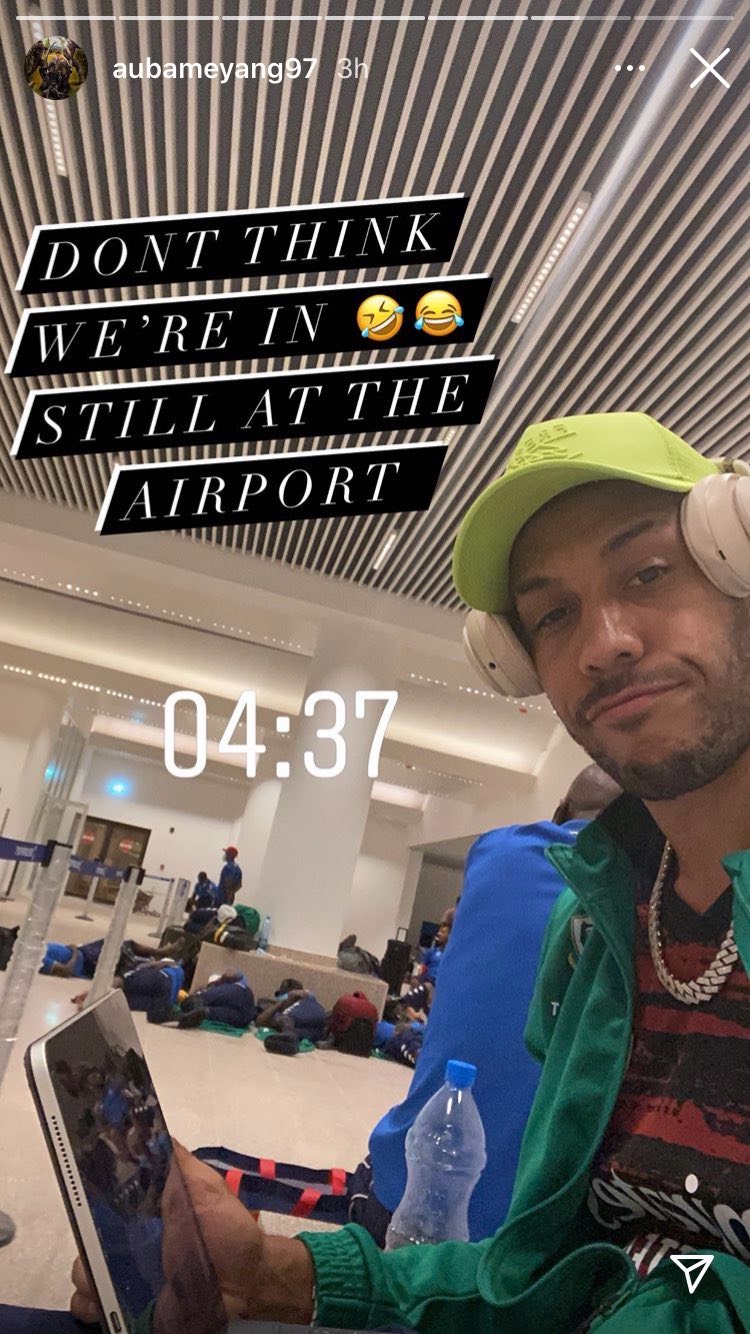 It was not until close to 6am that Aubameyang and Co made it to their team bus.

But the Arsenal ace remained positive as he wrote: "Finally in the bus, see you later.

"Thanks for the extra motivation Gambia."

After the incident, Aubameyang urged the Confederation of African Football to take responsibility.

Speaking on Twitter, he said: "It will not demotivate us but people need to know and especially that the @CAF_Online take these responsibilities. 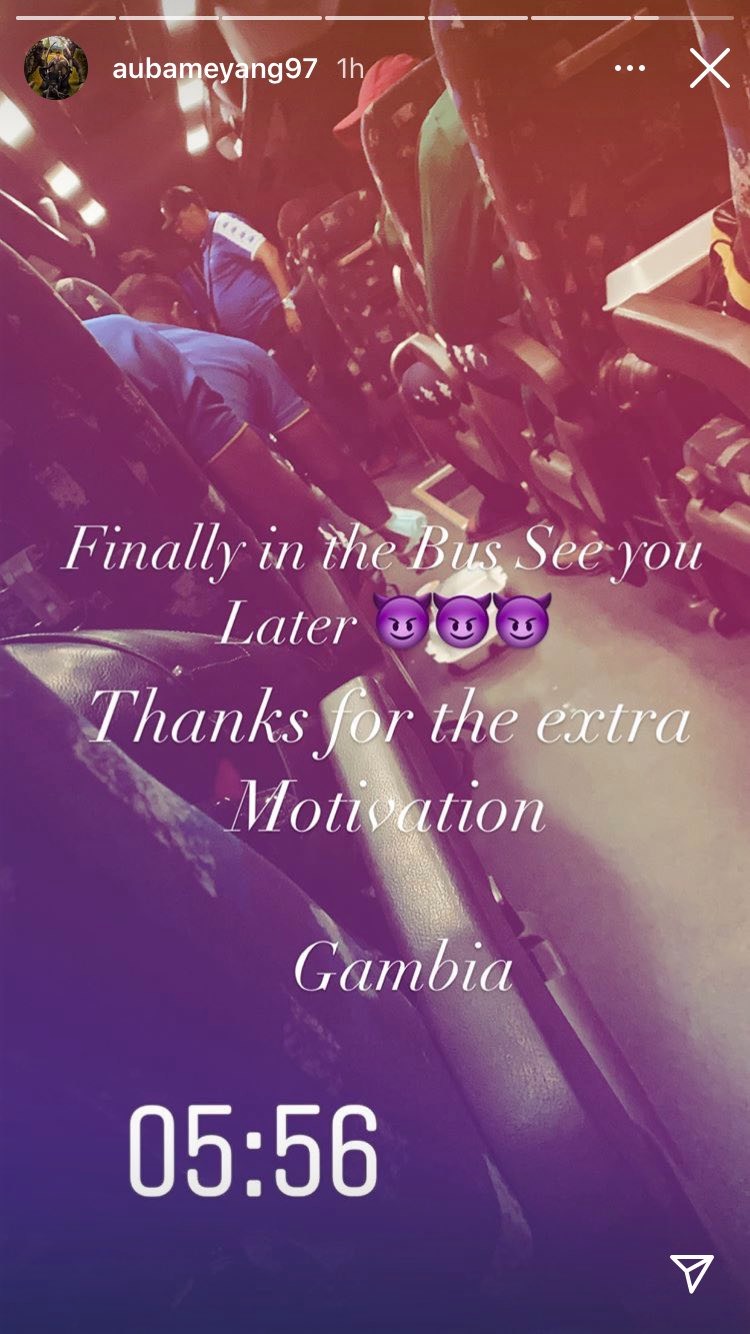 After they left the airport at around 6am, Gabon's squad were left with just ten hours until kick off.

They will take on Gambia at the Independence Stadium Baku.

Aubameyang – who has been locked in a war of words with Toni Kroos – is expected to start.