BUKAYO SAKA and Alexandre Lacazette got the goals as Arsenal earned a crucial win at high-flying Wolves.

The 18-year-old signed a new contract in the week and proved exactly why with a top finish to set the Gunners on their way. 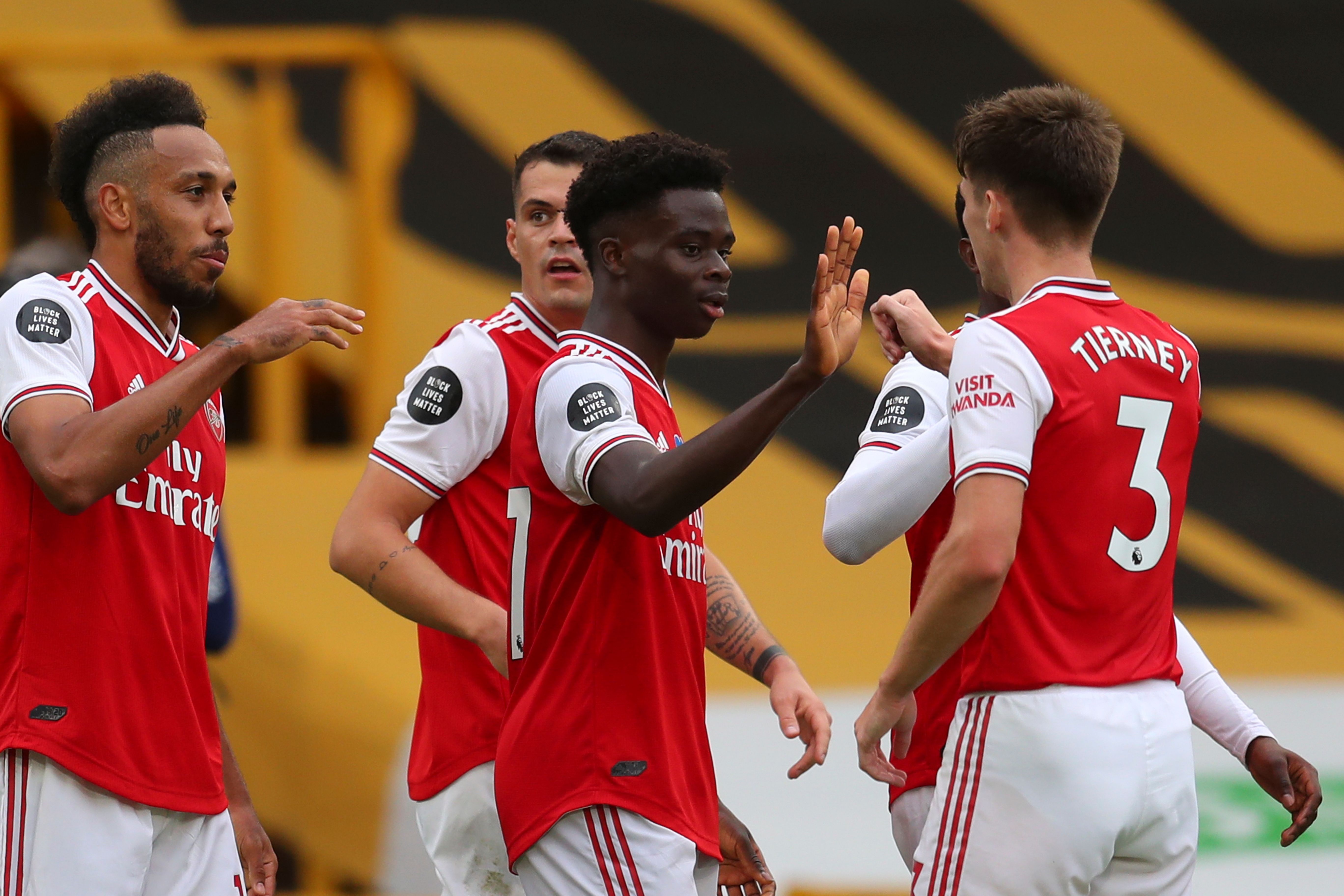 Mikel Arteta's side had to deal with a fair amount of second-half pressure from the home side.

But Alexandre Lacazette came off the bench to see out the game and scored his first goal since the restart, with a clinical finish off the post.

Was alert from the first whistle as he came off his line quickly in the opening seconds to thwart Adama Traore.

Again did really well to alleviate the danger by diving low at a cluster of feet then put off Traore who chipped over. Another fine performance between the sticks to earn his third Premier League clean sheet in a row.

Took the physical approach to dealing with Wolves' main danger man, getting on his toes as soon as he received the ball.

And was largely solid throughout on the right of a back three and then won a massive header in the build up to the second goal.

Completely done for pace trying to get tight to Traore and dived in with a sliding tackle on the sideline which promptly saw him booked.

Played the central role of the three-man defence but had a couple of hairy moments – like allowing a throw to bounce in the box and a few risky passes that didn't come off. 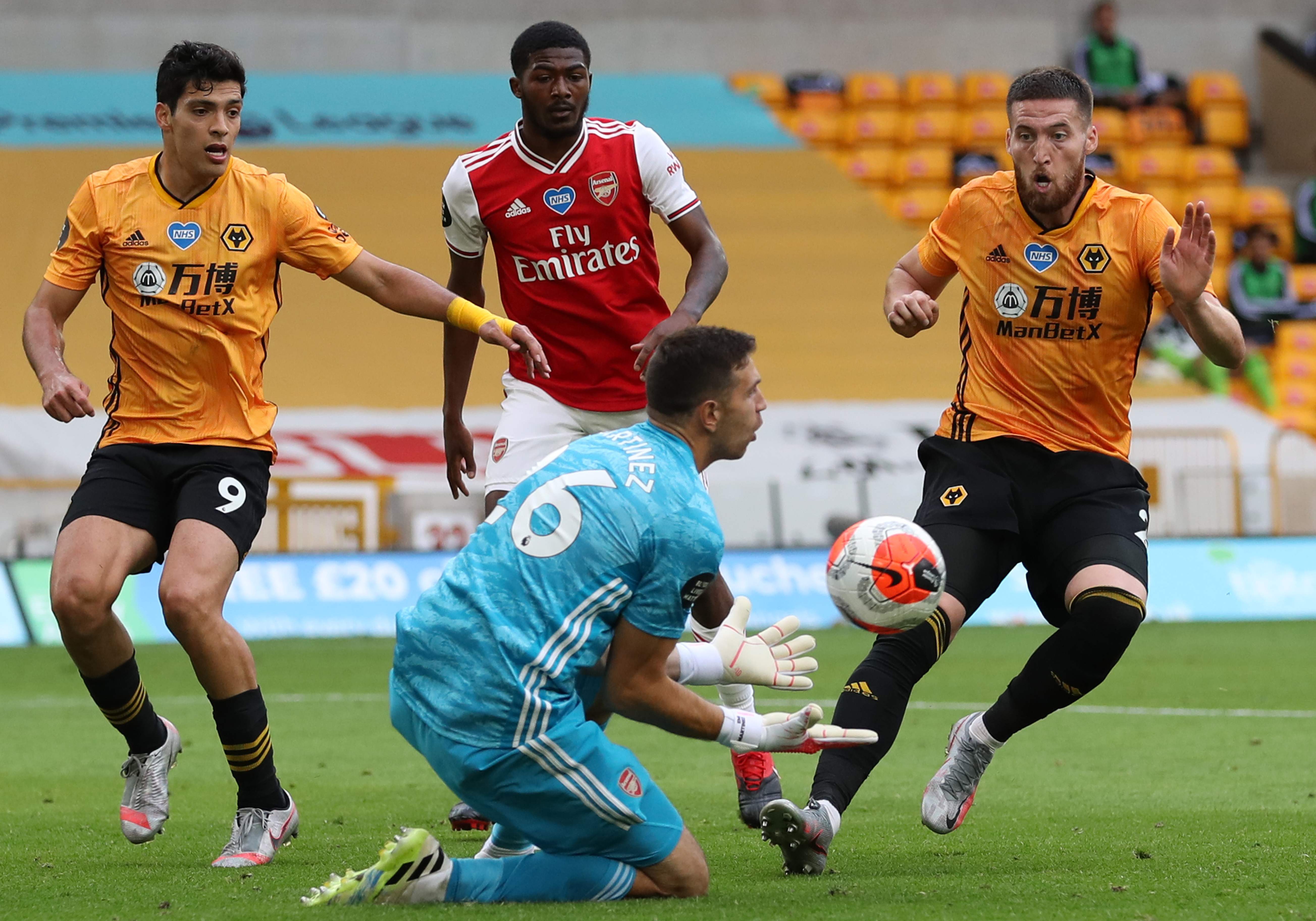 Joined Mustafi in his method of making his presence felt when the Spanish winger got the ball in his vicinity.

Got lucky after giving away a silly free-kick on the edge of the area which was wasted by Wolves and struggled a little in the second half to cope with the home side's attacks.

A few eyebrows were raised when he got the nod over Hector Bellerin at right wing-back and largely was conservative with his ventures forwards.

Excellent defending at the back post to put enough pressure on Raul Jimenez after Traore got the better of Kolasinac.

Started a fourth Premier League game in a row for the first time and was trying to piece things together.

But like his midfield partner Xhaka, struggled with making the game flow as Arsenal were pegged back in the second half.