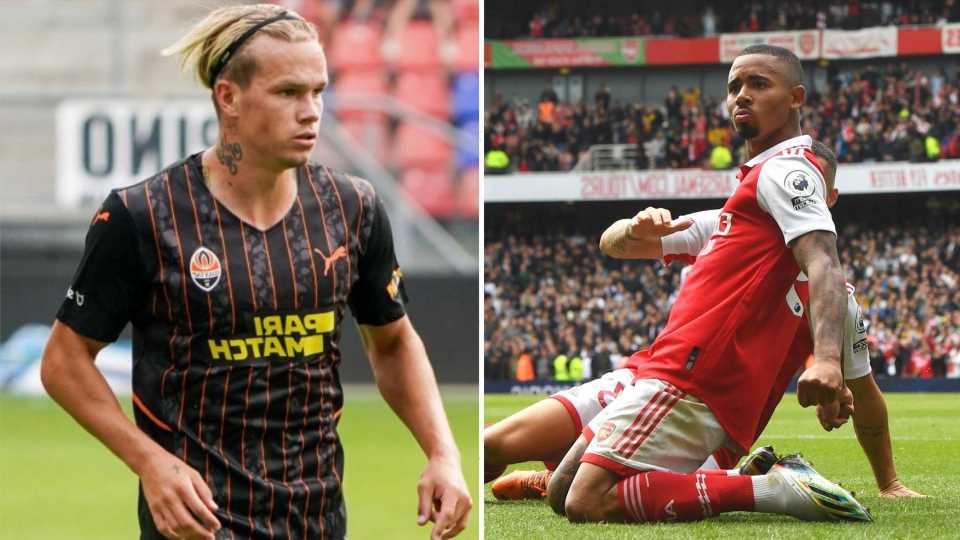 ARSENAL have BEATEN their bitter North London rivals Tottenham 3-1 at the Emirates.

With the scores poised at 1-1, the game turned after half time, with Gabriel Jesus firing the Gunners ahead before Emerson Royal was sent off for a studs-up tackle on Gabriel Martinelli.

Then Granit Xhaka wrapped up the result with a third, to propel Arsenal back to the TOP of the Premier League overnight.

However, the Gunners have some bad news on the transfer front as reports suggest that Nice now lead the chase for their January target Mykhaylo Mudryk.

The French side are willing to pay £25million plus extras for Mudryk but Shakhtar Donetsk want almost double.

Stay up to date with all the latest from the Emirates…