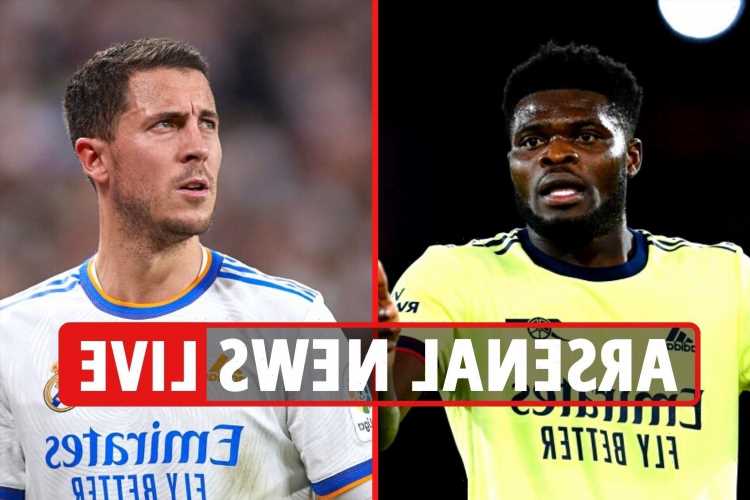 ARSENAL midfield maestro Thomas Partey could miss the remainder of the season due to a 'significant' injury.

The Ghanaian international had an early exit in the Crystal Palace horror show.

And Mikel Arteta has now revealed that Partey's thigh issue is a potential season ender.

Hazard, 31, has been riddled with injuries since his £89 million move to Real Madrid but the winger could be tempted to revive his career at Arsenal

Also stay tuned as we will have all the latest updates from Brighton as they take on the Gunners THIS AFTERNOON.