MIKEL ARTETA has no regrets about selling keeper Emiliano Martinez to Aston Villa. 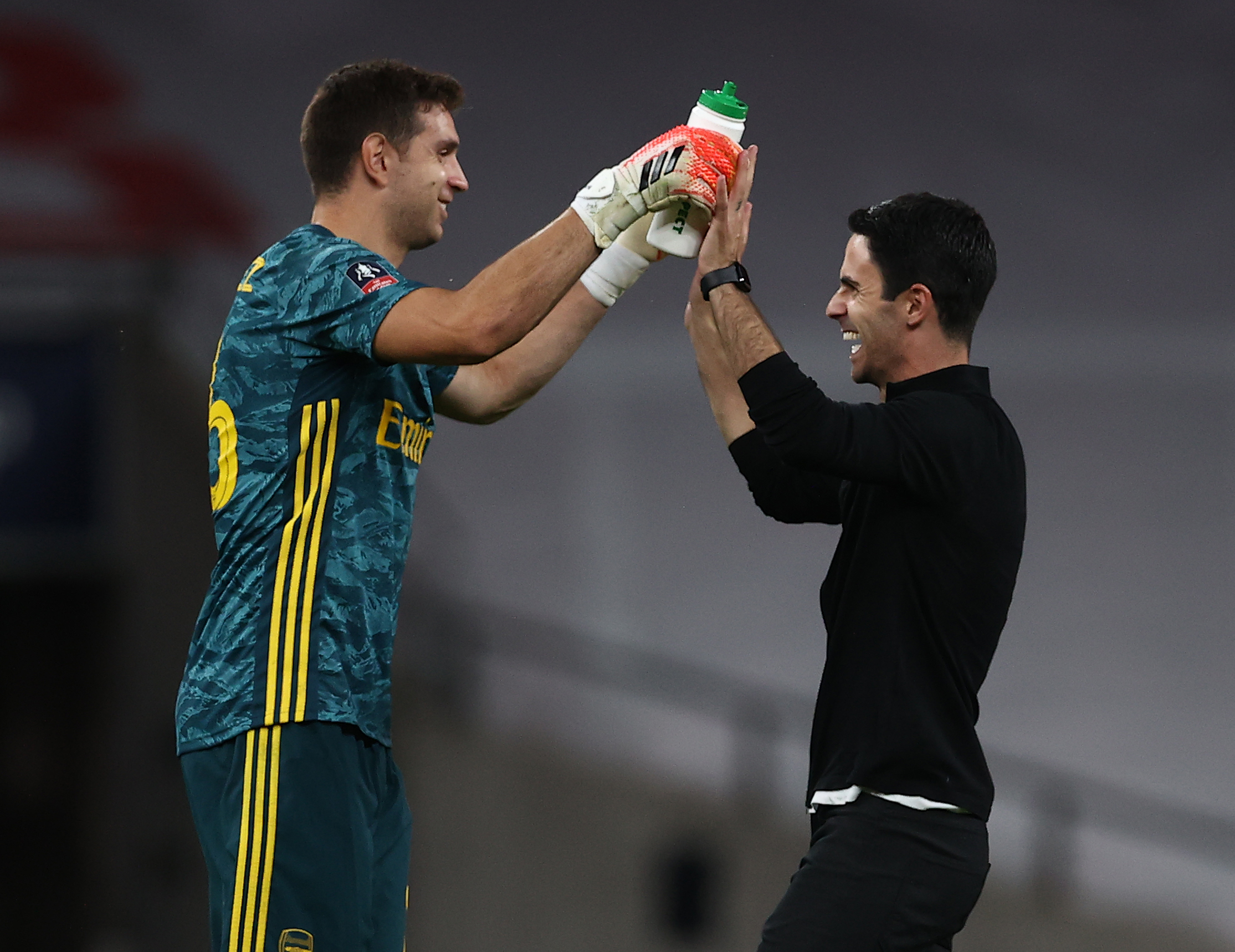 The Argentine, 28, makes his return to the Emirates tonight.

But Gunners boss Arteta said: “When we sat down and we believed it was the right thing to do — he was still very willing to get the No 1 shirt and play regularly — I think we had to give him the choice to decide where he wanted to play.

“He has earned a lot of respect in this country, he has been here for ten years and with his performances for us in the last few months.

“He believed it was the right club for him so I was happy to let him go and make the right decision for his career.

“He has become really hungry, really competitive and really clear about what he wanted to do in the next chapter of his career, so I am sure he will be a success.”

Martinez seemed to have ousted Leno as Arsenal’s first choice keeper with his run of good performances that included their FA Cup triumph at the end of last season and a Community Shield victory at the start of this campaign.

But Martinez was allowed to leave, while Arsenal held on to a number of players who had revived their Emirates careers after doubts about their future.

The Arsenal boss said: “We like to try and convince  everybody to talk on the pitch.

“If they can make mistakes, try again and go and have that approach and positive energy all the time, looking  at what is ahead of them  and not what has happened in the past which they cannot  control, then they are going to have a chance.

“There are some really good examples here of players who deserved those chances and now they are all regular players for us.”

Last weekend’s 1-0 victory at Manchester United was another sign that Arsenal are moving in the right direction.

But days after beating Liverpool at the end of last season, the Gunners lost to Villa, the result confirming they would finish outside the top six for the first time in 25 years.

Arteta added: “The right word is consistency and it is what we have been lacking over the years, to be fighting with the top teams.

“We know the level in this league, everyone can beat you and if you are not at your best you are going to suffer.

“I’m expecting a big game against Villa, it is a really important one for us to be strong at home and get another three points before the international break.

“They all have to be prepared and I think they all know what Villa have done this season, so I think they will be.”