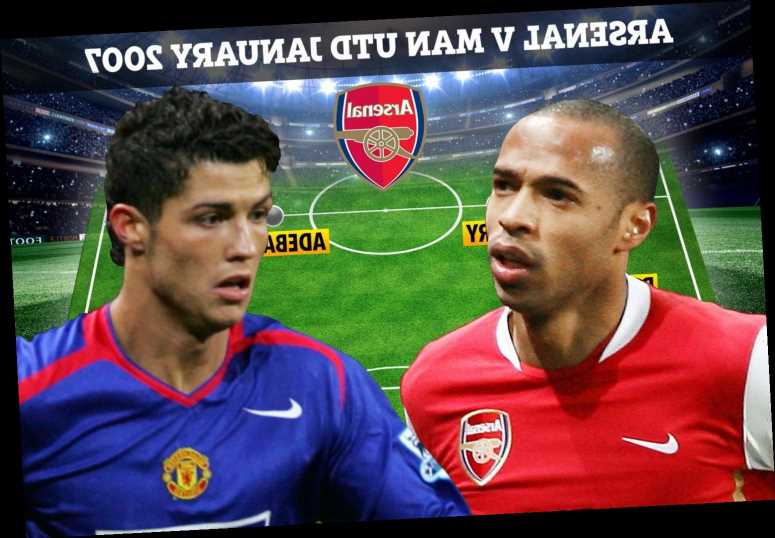 ARSENAL will complete a Premier League double over Manchester United for the first time since 2007 if they win at the Emirates this weekend.

So SunSport thought that would be a good opportunity to take a look back at both sides' teams from 13 years ago when the Gunners prevailed. 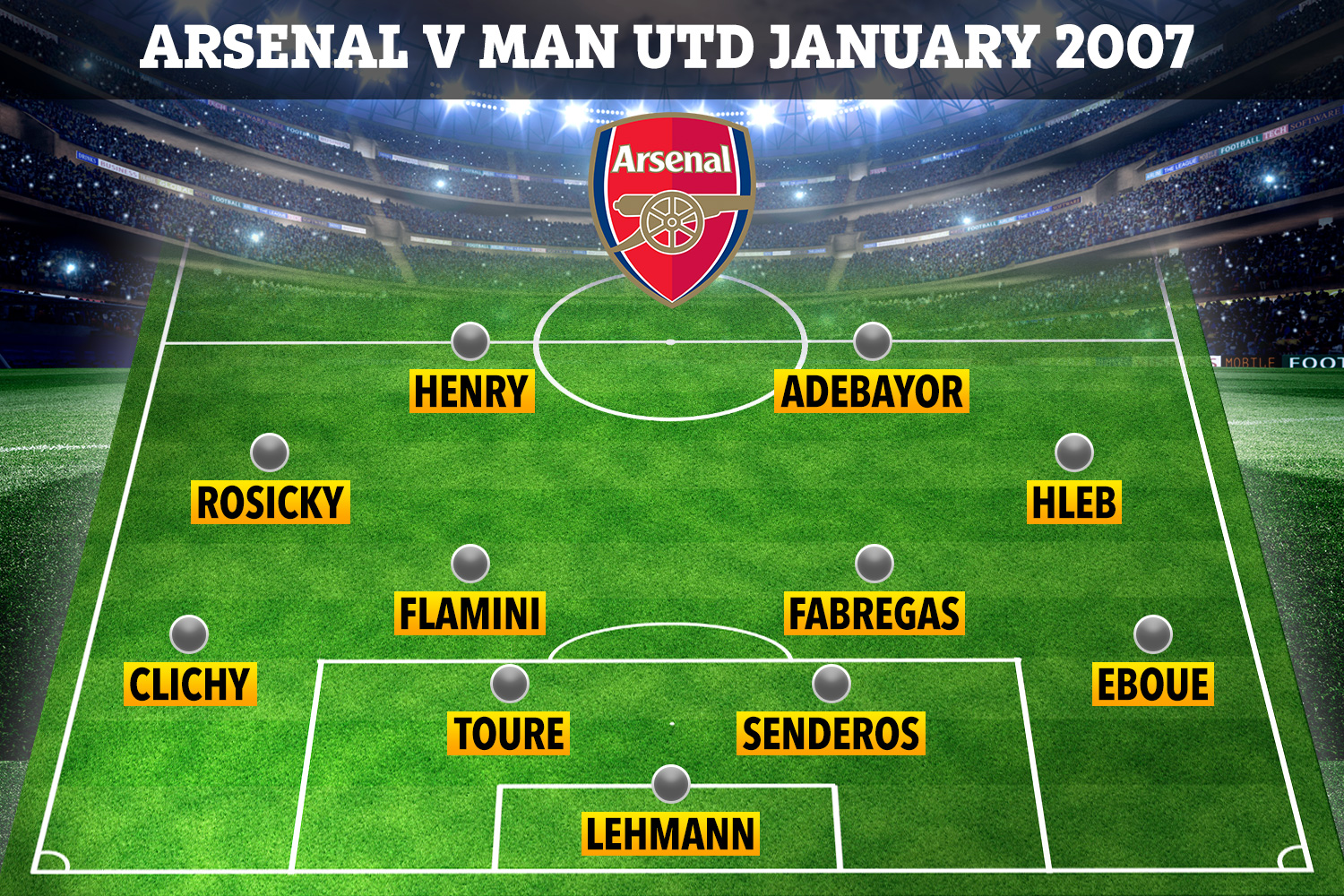 Arsene Wenger's side came into the clash having defeated Alex Ferguson's men earlier on in the season at Old Trafford.

On that day, the visitors capitalised on Cristiano Ronaldo giving the ball away, with Emmanuel Adebayor slotting home four minutes from time to snatch all three points.

And Arsenal had even more reason to feel positive about the return fixture at Highbury because they welcomed back Thierry Henry to the side, after he played no part in the game earlier on in the season at the Theatre of Dreams.

The creativity of Cesc Fabregas alongside the industrious Mathieu Flamini also promised to give Arsenal balance in the middle of the park against Michael Carrick and Paul Scholes. 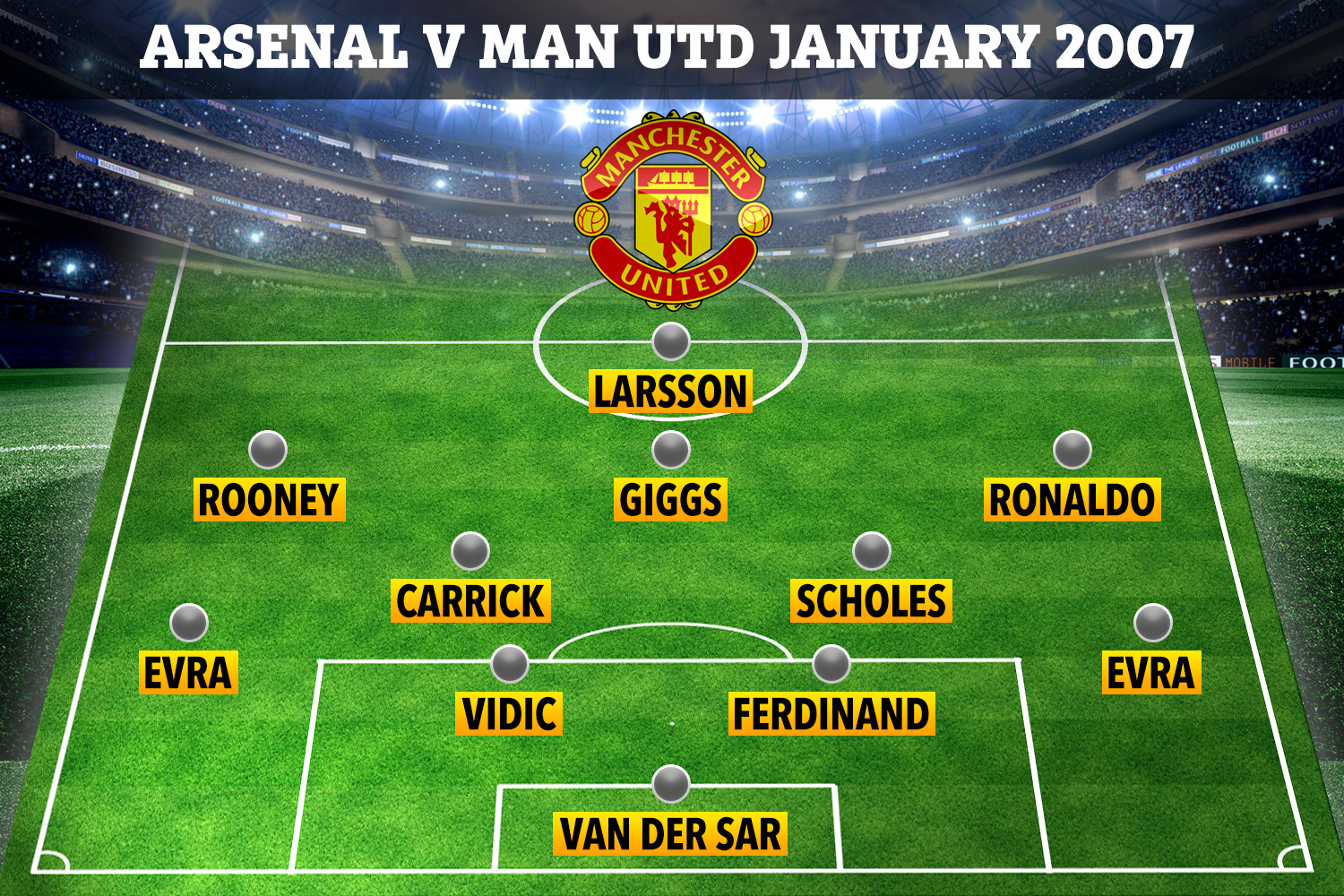 But United boasted their own depth of talent with the pair of 21-year-old's in Wayne Rooney and Cristiano Ronaldo adding to a stable back four of Patrice Evra, Nemanja Vidic, Rio Ferdinand and Patrice Evra.

So, how did the game play out?

Well, the first real chance of the match went United's way as a corner found its way out to Rooney 25 yards from goal and his venomous effort was tipped over brilliantly by Jens Lehmann.

The German shot stopper was tested again shortly before the break when another corner was met by Henrik Larsson, only for Lehmann to dive across to his left to keep the Swede out.

But eight minutes into the second half the visitors did take the lead when a deflected cross from Evra was swept home by the diving head of Rooney.

And the match stayed that way until the 83rd minute when a Tomas Rosicky cross was touched on by Henry before Robin van Persie came in at the back post to lash into the roof of the net.

The game looked to be heading towards a draw, but with just one minute of the 90 remaining Emmanuel Eboue's cross was met with aplomb by Henry who headed powerfully beyond Edwin van der Sar to win the game for the Gunners.

However, Arsenal's victory did not stop Man Utd from winning the title as they went on to lift the crown by finishing six points clear of Chelsea.

What will happen when the two sides meet again on Saturday?

Will Arsenal – who won the first game this season through Pierre-Emerick Aubameyang's strike at Old Trafford – finally end their 14-year hunt for double glory?

Or will United get their title bid back on track after Wednesday's loss to Sheffield United?

There's not long to wait to find out…