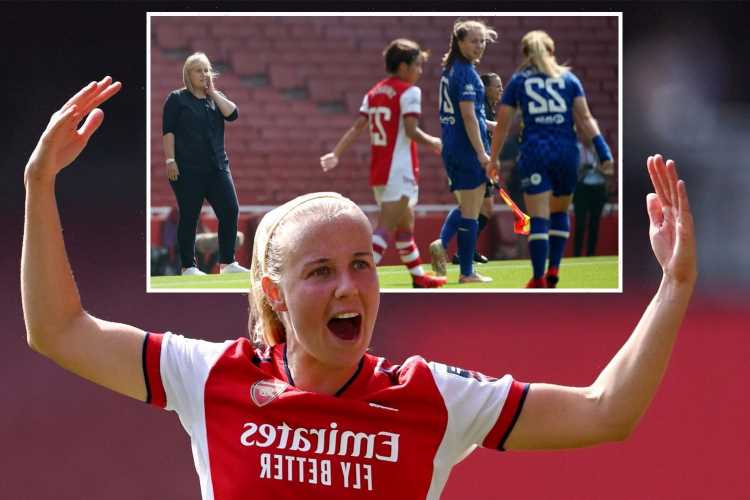 BETH MEAD helped Arsenal give Chelsea the Blues with the Gunners sealing an impressive win in an enthralling derby encounter.

A brace for the Lionesses forward – watched by England boss Sarina Wiegman-  was among the goals that led to a shock 3-2 defeat for the champions. 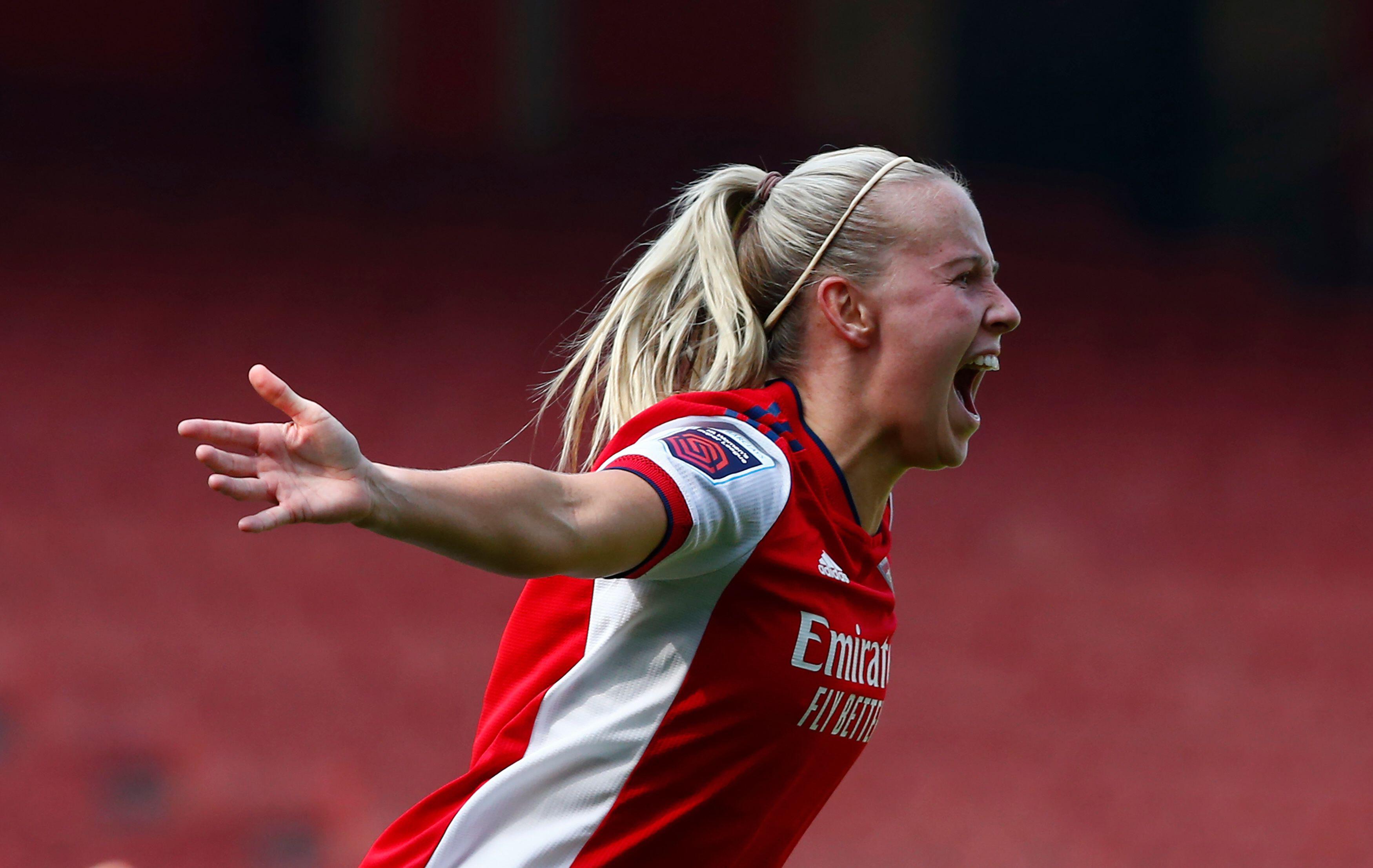 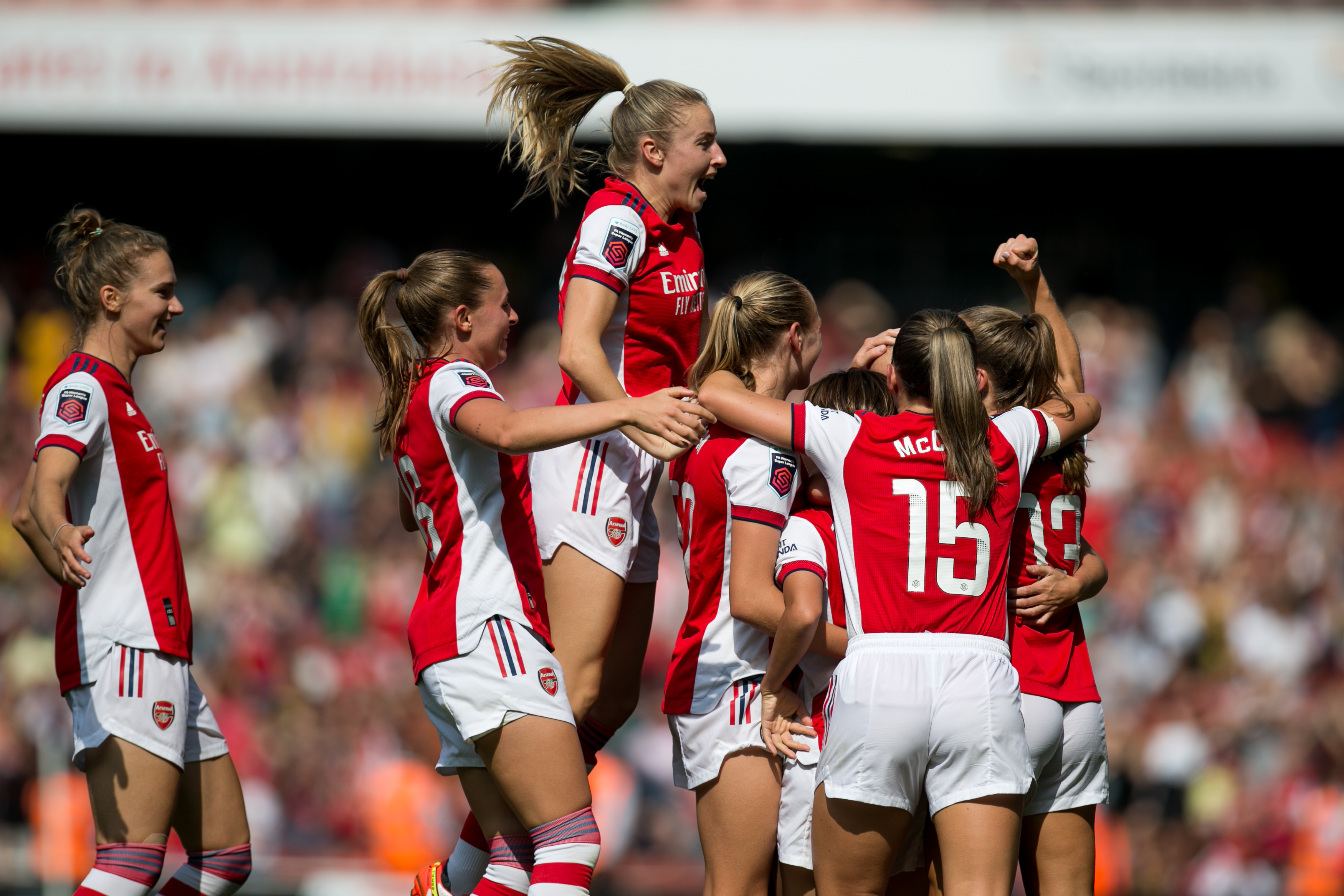 The result saw Jonas Eidevall – who was bellowing instructions from the touchline – pick up his first Arsenal win in the top-flight in front of 8,075 roaring fans.

And the match at a sun-soaked Emirates saw the Gunners end their winless run against Emma Hayes’ team stretching back to October 2018.

Mead who won earned a Player of the Match Award told Sky Sports: “It’s been a long time coming.

“We had a lot of seasons where we fell short in these games and Jonas is big on working hard.

“You’ve seen that on the pitch today. Girls were falling to their knees they were working that hard.

“It’s amazing to start the season with three points and what a shift from the girls.”

Eidevall, whose team play Slavia Praha next, added: “Beth has had a very good pre-season and she has looked very dangerous at times.

“She has worked very, very hard and I am very happy with her and the way she scored her two goals.

“The second goal she scored was a brilliant example of being selfless as a forward. By that, I mean selfless to take the finish.

“Overall it was a nice performance and a nice win, but it is one game”

Chelsea, who are looking to win their third consecutive title, went on the attack almost immediately in the clash with Erin Cuthbert darting down the left.

But the Gunners swiftly got down to business.

And they came close to putting Mead through on the goal in the 11th minute with Katie McCabe curling a pass into the path of the forward after a flick-on from Mana Iwabuchi.

The 0-0 scoreline lasted only a few minutes after that with Vivianne Miedema opening her account.

The Netherlands striker put the hosts ahead in the 14th minute burying a bottom corner shot after being played in behind Jess Carter. 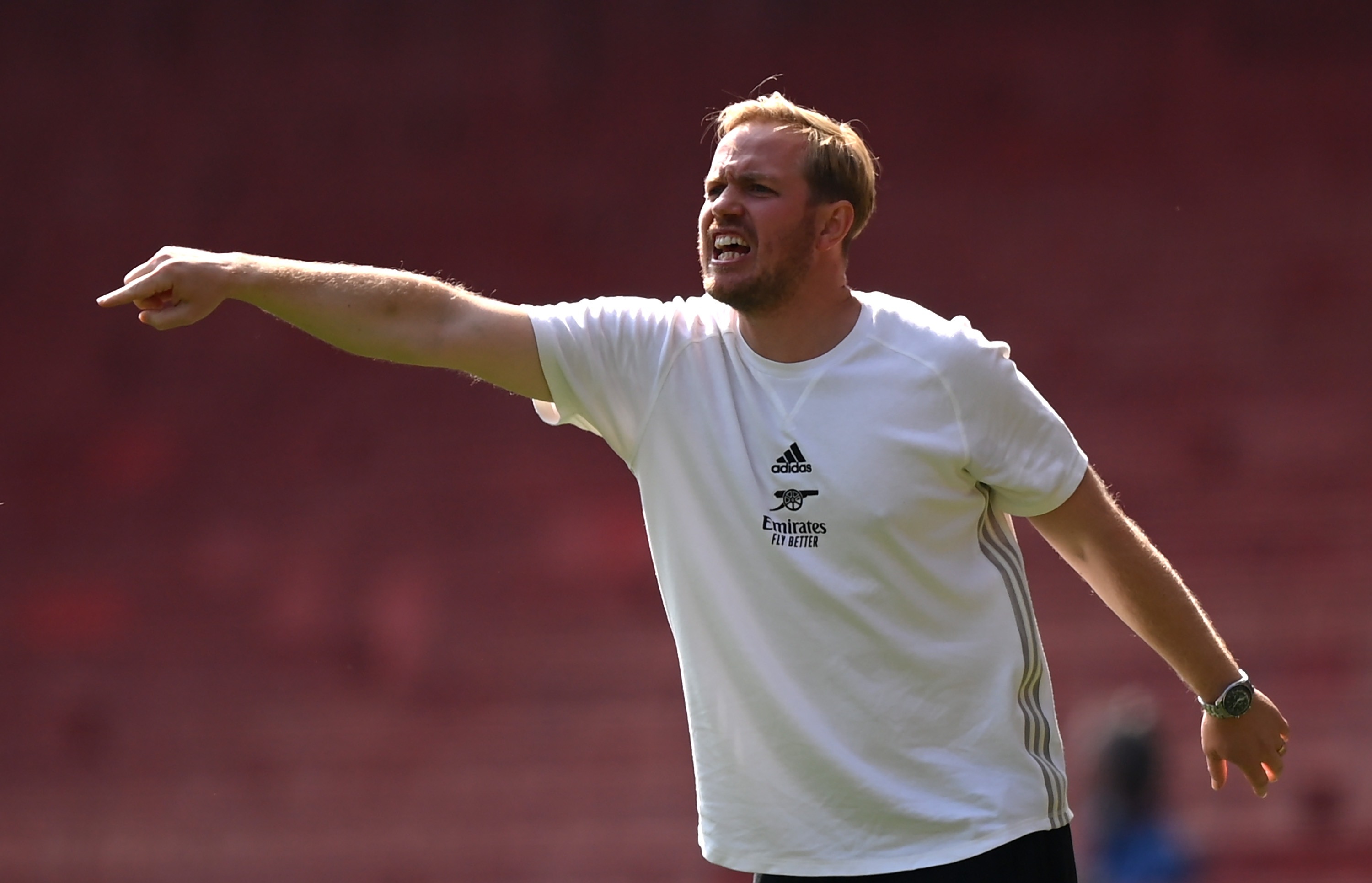 Arsenal appeared to have the upper hand towards the latter stages of the first half and came close to doubling their lead.

First through a fierce right-footed shot from summer signing Frida Maanum who forced a fine save from Ann-Katrin near the half-hour mark.

And minutes later through Mana Iwabuchi who blasted her effort over the crossbar after a neat pass in the penalty area from McCabe.

But Chelsea refused to be bowed and showed precisely why they are the dominant force in England’s top-flight. 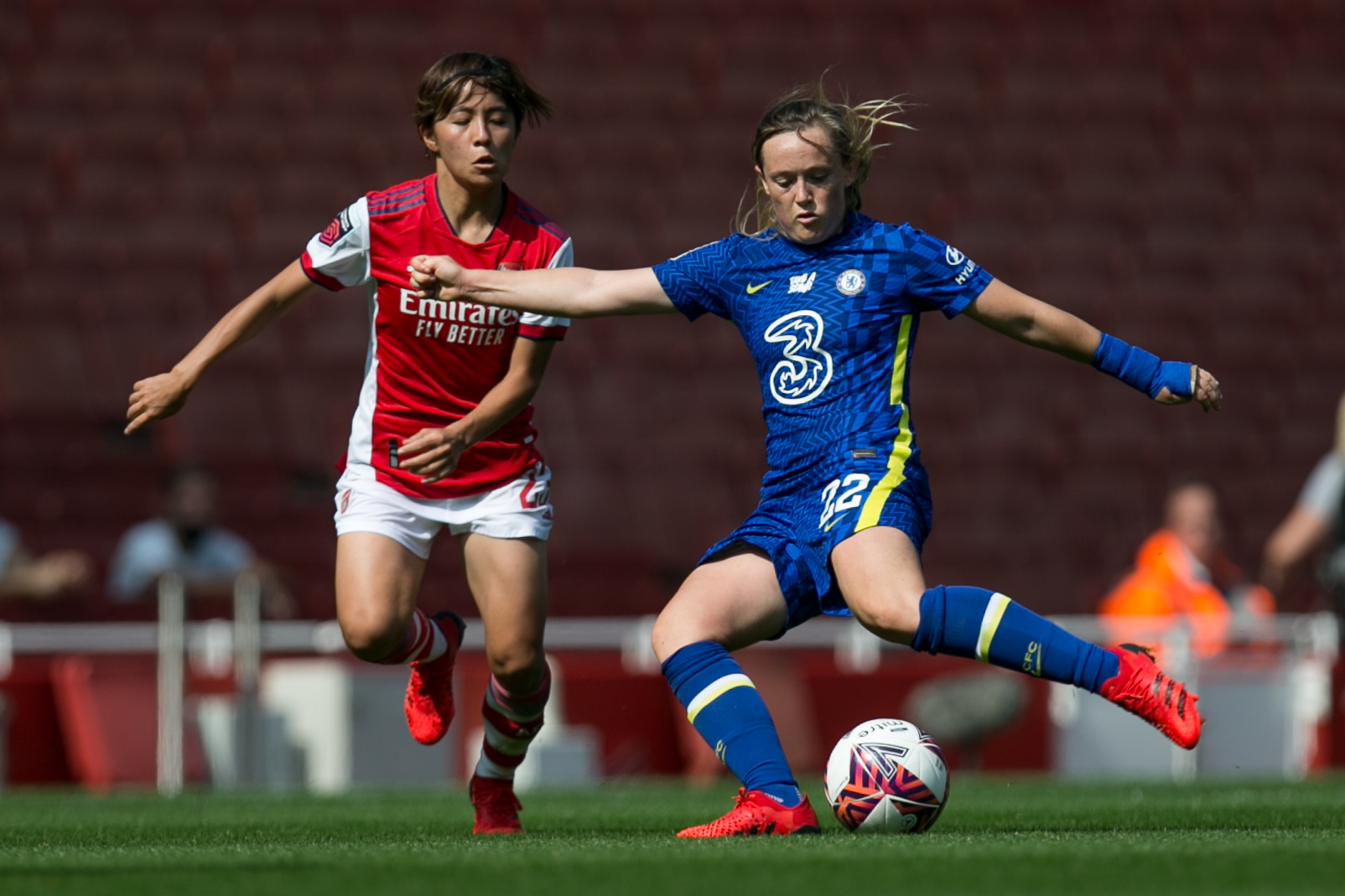 And they hit back moments before half-time with Erin Cuthbert’s well-placed leveller prompting pantomime boos from home fans.

The second half began with the hosts regaining the lead in style with a thumping Beth Mead strike.

The winger latched on to a threaded pass from Miedema near the edge of the Gunners’ box before sprinting between two Chelsea defenders and curling in her first goal.

And Mead was on target again in the 59th minute, moments after Chelsea made a triple substitution bringing on Fran Kirby, Sam Kerr and Sophie Ingle.

However, there was much debate on whether the goal should have stood with Mead appearing to be offside.

And it prompted Hayes to query the need for VAR.

The Blues boss said: “The positives (from this weekend) are there are the goals, fans and a brilliant weekend for women’s football and there have been good attendances. 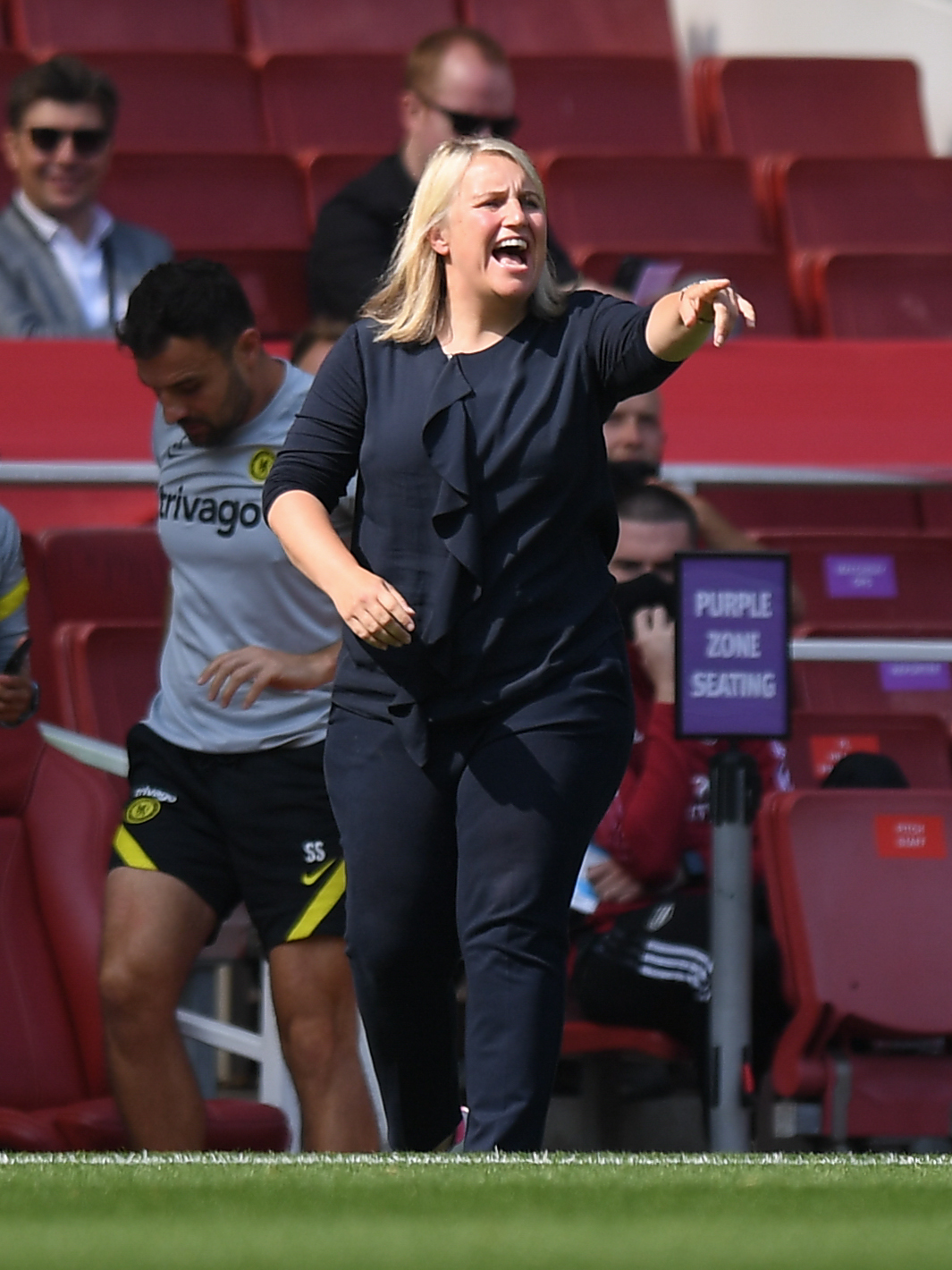 “The negatives are by putting our product in such a brilliant place with Sky in particular, it means that everybody is asking the question about why we don’t have goalline technology and why we don’t have VAR.

“I think we sell our game short because we have all gotten used to VAR. I feel that not having it in the women’s game feels like we are second-class citizens.”

Chelsea came close to pulling one back in the 64th minute with a volleyed effort from Millie Bright. 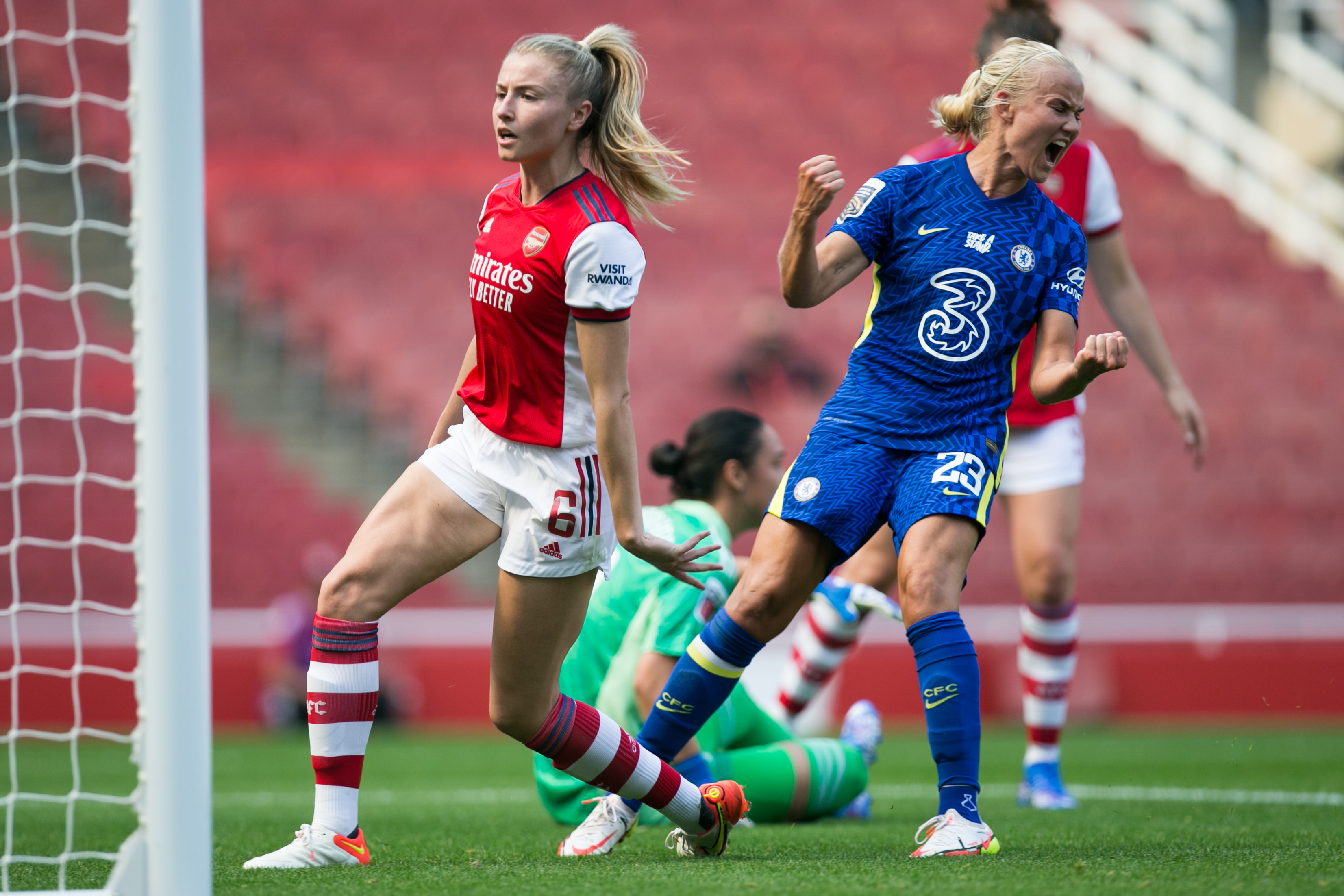 The champions would go on to get their second with Pernille Harder reducing the deficit.

The game’s later stages saw some last-ditch defending from Arsenal as Chelsea pushed for an equaliser.

But the hosts saw out the win with Chelsea, who face Everton next, becoming only the third defending WSL champions to lose a season-opener after winning the title.