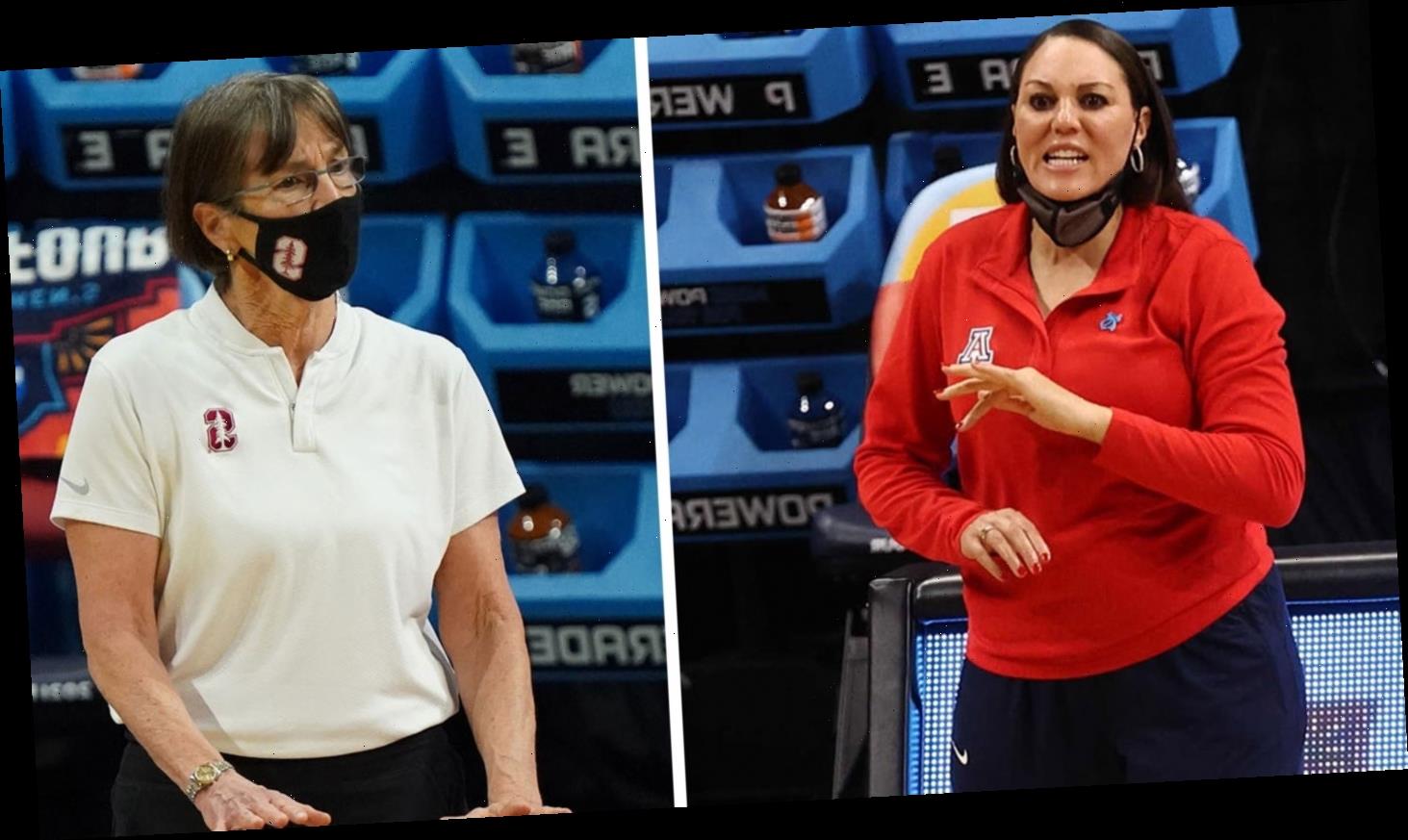 Don't get Arizona women's basketball coach Adia Barnes started when it comes to her perceived lack of respect for the Pac-12 nationally.

She thinks her point guard Aari McDonald deserved first-team All-American honors, not simply second-team accolades, and was deserving of national defensive player of the year honors as well. The senior dynamo has taken advantage of the national stage and made her case for both honors. She's also propelled her team into the NCAA championship game for the first time.

The Wildcats (21-5) will square off against Stanford (30-2) in the championship game Sunday at 6 p.m. (ESPN) at the Alamodome in San Antonio, Texas. It marks the first All-Pac-12 championship game, something both Barnes and longtime counterpart Tara VanDerveer of Stanford are celebrating.

"For me to constantly see the Pac-12 have no respect, have zero respect. It shows with Aari being second-team All-American. It shows with Aari not being defensive player of the year. It's always happening," Barnes said. "So now I'm hoping with both of us in the championship game, the Pac-12 will get some respect and the East Coast bias will stop.

"It's not going to stop overnight but you need to respect the Pac-12 and you need to watch. So start watching the West coast. Start paying attention to the Pac-12. It is the best conference in the country."

Stanford was the No. 1 overall seed entering the tournament, but the Cardinal did not have a first-team All American either.  Guard Kiana Williams joined McDonald on the second team.

VanDerveer is in her 42nd year of coaching, 34 of those at Stanford. The all-time winningest coach in women's basketball with 1,124 victories was heading the Pac-12 program when Barnes was still a player at Arizona in the late 90's so the two go way back.

“I’m really proud of the Pac-12 to have two teams in the national championship game,” VanDerveer said. “You know, this is not something that a lot of people could have imagined … 10 years ago, 15 years ago, 20 years ago. And it’s really, really exciting.”

Stanford was last in the title game in 2010, losing to Connecticut in the Alamodome – the same building the Cardinal will be playing in on Sunday night. The conference became the Pac-12 a year later after expansion. The league has had six different schools in the Final Four since 2013, but none reached the title game until Friday night when both Stanford and Arizona advanced.

BARNES: Not apologizing for impassioned postgame speech after UConn win

Barnes was an assistant at Washington for five years before returning to her alma mater following the 2015-16 season when the Huskies reached the Final Four after beating Stanford in the regional final. She has called upon the veteran VanDerveer for advice, which was needed since she took over a program that was a bottom feeder. before she arrived.

"She's a great coach, one of the best in the business. It's one thing to be successful one year, or go to to the top once or twice in your career but to sustain success, that's meaningful. I aspire to do that one day," Barnes said.

"She is someone I ask questions of, she is someone in the conference that is always going to be honest, and it's never honesty to benefit Stanford. It's very rare to have someone that supports you, wants you to do well but then competes against you. She wants to help women develop and wants to grow the game, is an advocate for the Pac-12, an advocate for just women's basketball."

It will be the third meeting between the teams. Stanford, which was both the conference regular-season champion as well as the Pac-12 tournament winner, defeated Arizona in both meetings by a convincing 81-54 in Tucson and 62-48 at Stanford's Maples Pavilion.

But the Wildcats have peaked at the right time, as evidenced by an impressive playoff run that has included victories over three nationally ranked teams, the highlight being a 69-59 upset of Connecticut in Friday's semifinal.

Arizona is hoping to ride that wave of momentum to one last victory and continues to embrace the role of underdog.

"My teammates and I know what is at stake. We love the matchup," said McDonald, who has scored 100 points over the last three games. "The Pac-12 is the best conference in the country. We're excited to get to play against the No. 1 team in the Pac-12 for this championship."

OPINION: Arizona's upset of UConn shouldn't come as a shock

Barnes has strong feelings too.

"What's on our side is it's hard to beat a good team three times in a season," she said. "The difference for us is we're a lot better, but so is Stanford. We are shooting the ball better, we're defending better. One thing that's hard to prepare for is momentum and just a team getting hot and we're pretty hot right now."

Stanford is coming off a dramatic 66-65 win over South Carolina, where a jumper by sophomore guard Hayley Jones with 32 seconds left proved to be the difference.

VanDerveer, who directed the Cardinal to national titles in 1990 and 1992 — the only times a Pac-12 team has won a women's basketball championship — thinks the competition both teams have played has been the key in navigating the postseason.

"Every game to me in the Pac-12 feels like a big one. What has changed is that there are no more gimme games. Back 20 years ago you could write in a W for certain teams. You can't do that any more," she said at the podium on the eve of the final game. "This is a dream come true for us and the Pac-12."