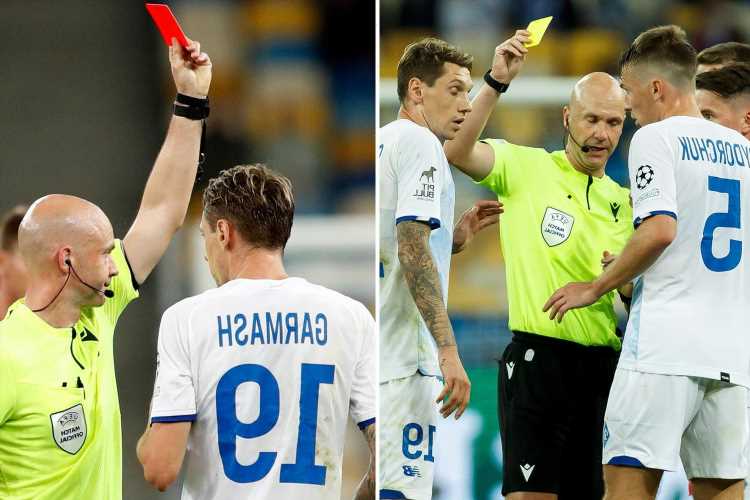 REF ANTHONY TAYLOR found himself in the spotlight again after a huge gaffe in the Champions League.

The Premier League official, 42, has come in for some heavy flak in recent weeks for his displays. 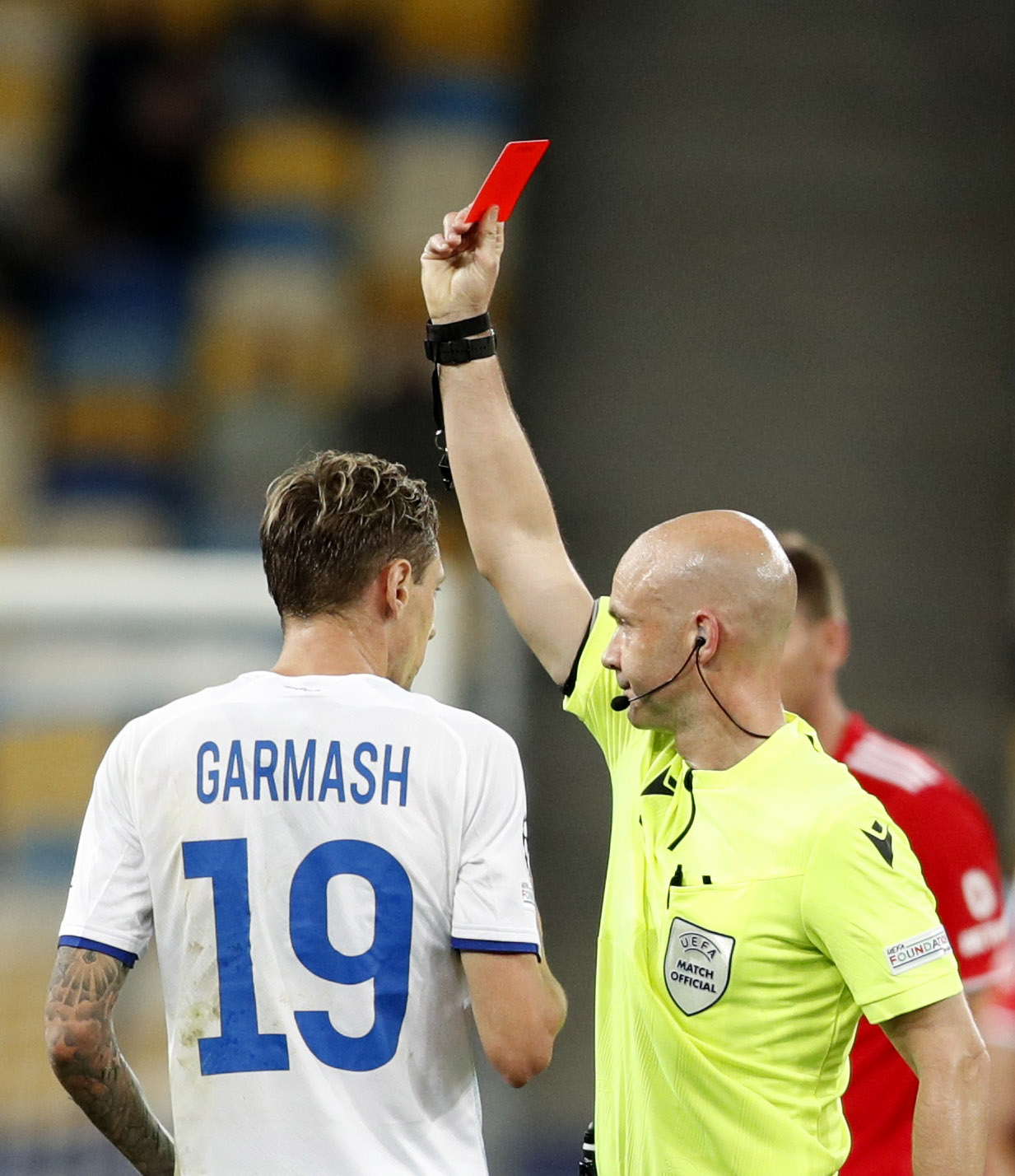 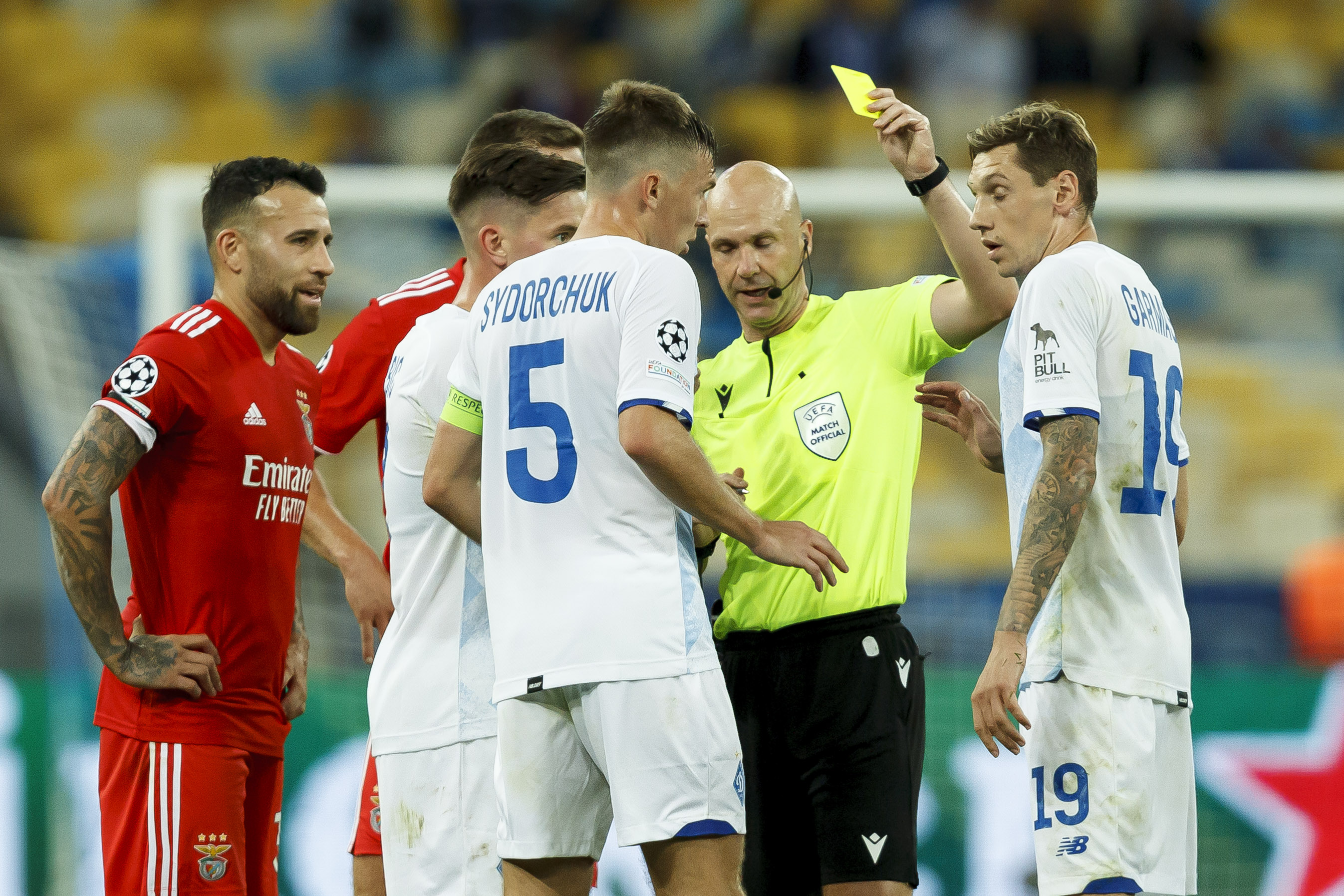 And last night he made another blunder while on European duty.

The Englishman was in charge of Dynamo Kiev’s Champions League clash with Benfica when the embarrassing moment occurred with ten minutes remaining.

The score was still goalless when Kiev’s Denys Garmash caught Joao Mario in a challenge.

Taylor instantly pulled out what he thought was a second yellow card for the midfielder and subsequently sent him off.

However – it was in fact only Garmash's first booking of the match.

The Ukrainian international looked absolutely stunned to see red and quickly began protesting as he tried to inform Taylor of his error.

Dynamo boss Mircea Lucescu also made his feelings clear and soon Taylor realised his mistake and overturned his decision.

Taylor came under fire on August 28 after he sent-off Chelsea’s Reece James for handball in the 1-1 draw at Liverpool.

The defender was on his own goalline when the ball hit him on the knee before bouncing up onto his hand.

Chelsea’s players were absolutely fuming and an online petition to ban Taylor from taking charge of the club’s matches attracted over 75,000 signatures.