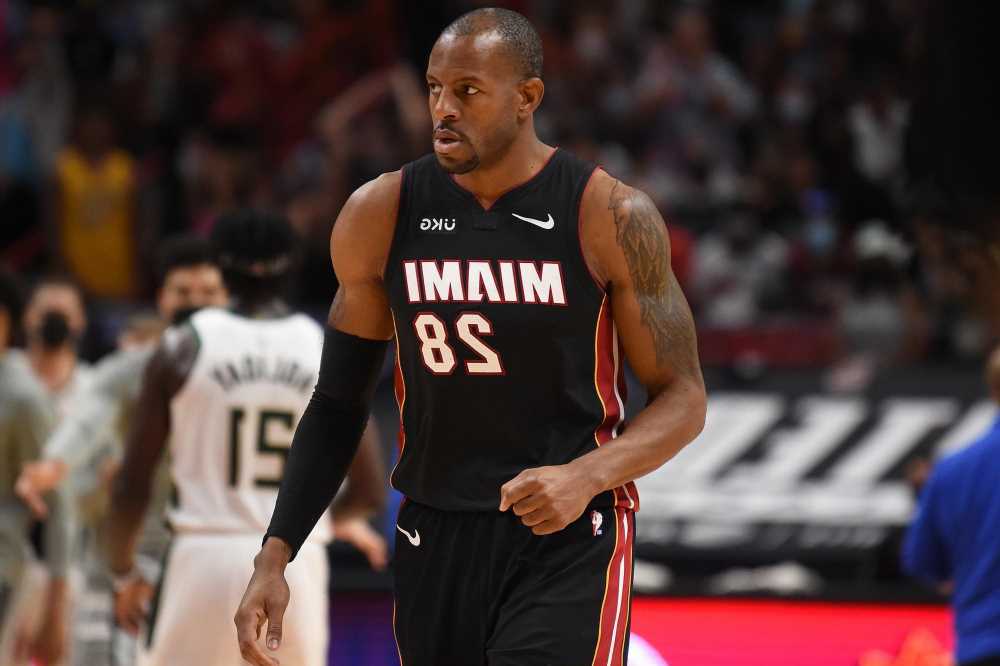 Nets guard off to Wizards in historic five-team trade

The Nets are on three-time NBA champion Andre Iguodala’s short list of suitors for next season, according to a report, moving them close to adding another seasoned winner.

Iguodala has narrowed his choice of teams down to the Nets, Warriors and Lakers, according to the Athletic. The 37-year-old, who made the NBA Finals five times with Golden State and once with Miami and was the 2015 Finals MVP, is a free agent after the Heat declined his $15 million option this week.

Even in a diminished role off the bench, the 6-foot-6 Iguodala is a solid locker-room presence, willing defender, and a grizzled playoff vet with 170 postseason games (only 22 men in NBA history have played more). And yes, he’s a former Warriors teammate of Kevin Durant, with whom he won a pair of titles.

The Nets can only give Iguodala a veteran minimum deal, while Golden State can outbid them to bring him back to the Bay. When the same trio of title contenders were pursuing Patty Mills, the Nets won the race and gave the Australian guard their taxpayer mid-level exception. The Warriors still have theirs, and can offer Iguadola a deal worth $5.9 million.

But that won’t be cheap or easy, even for the Warriors. While the Nets’ luxury-tax bill currently sits at over $120 million (exceeding the NBA record by more than $30 million, mind you), Golden State is staring at an eye-watering $180 million tax bill, doubling the all-time mark. Will that be too rich for even their blue blood?

After being named Finals MVP in 2015, when he averaged 16.3 points, 5.8 boards, four assists and played smothering defense on LeBron James as the Warriors beat the Cavaliers, Iguodala earned rings in both 2017 and 2018 alongside Durant. He spent six years with Golden State, but after Durant left to come to Brooklyn in 2019, the Warriors dealt the aging vet to Memphis to cut costs. Iguodala spent the past two seasons with the Heat.