AMIR KHAN has revealed he was peeing blood after the controversial round-six loss to Terence Crawford at Madison Square Garden.

The Brit was pulled out of his WBO title challenge after the American champ hit him below the belt on Saturday. 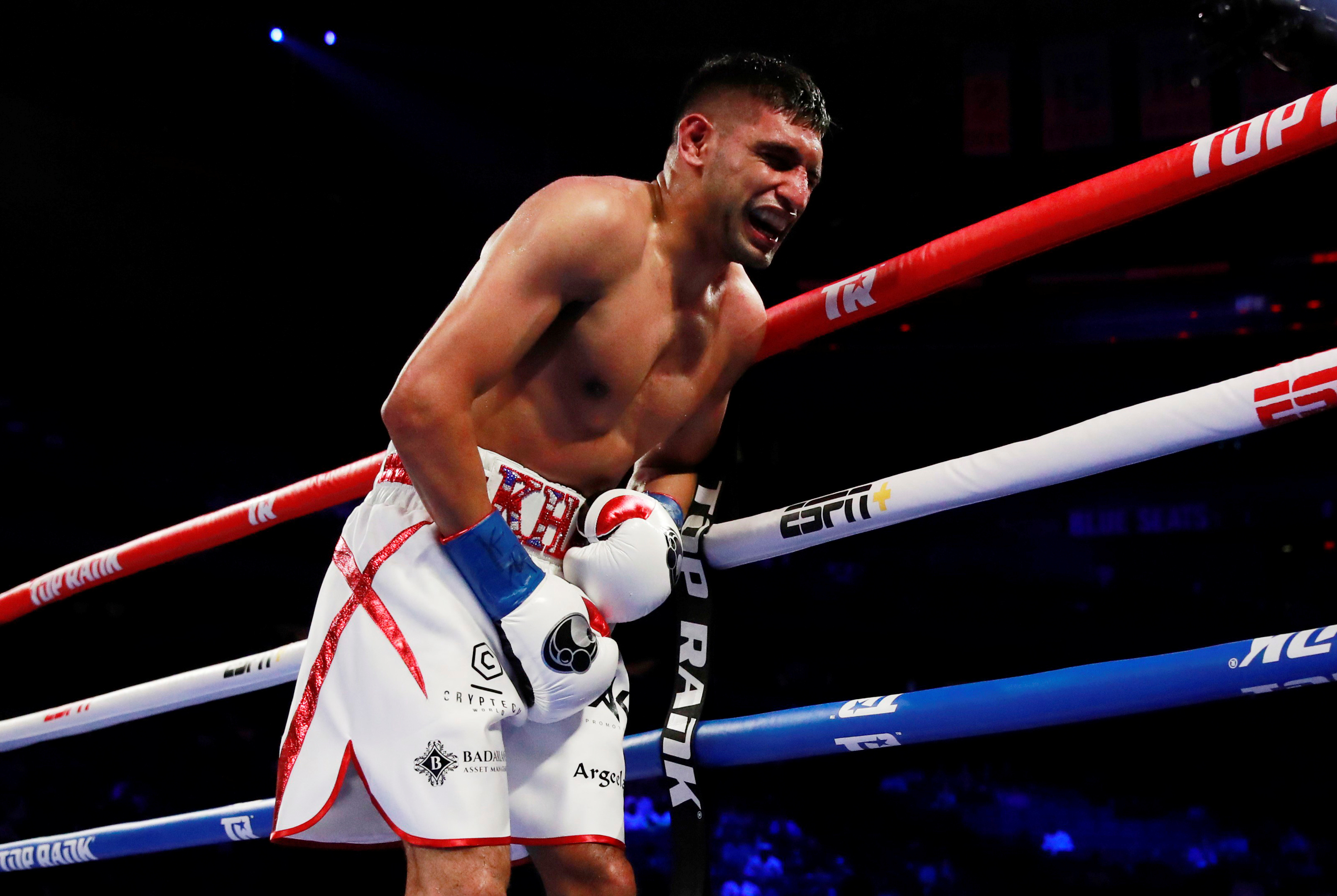 Khan, 32, said he was forced to quit against Crawford as he couldn't move because of the pain caused by the low blow.

However, replays showed the punch hit his groin rather than thundered into his crotch.

But the Bolton hero insists he was unable to continue and has now claimed blood was found in his urine following the fight.

He tweeted: "Peeing blood. The shot was low. The fight was just getting interesting.

"Well done team Terrance. I never quit, I rather get knocked out cold then quit."

Khan had tweeted before that in fact he wanted to carry on fighting, claiming it was his trainer Virgil Hunter who had stopped the fight.

But Hunter has explained the Brit decided to pull out after a conversation they had by the ropes.

The punch could have not resulted in Crawford's disqualification as it was not intentional.

But Khan could have taken a five-minute break in order to rest and try to recover.

However, he decided not to wait and accepted the defeat, causing fury among his fans.