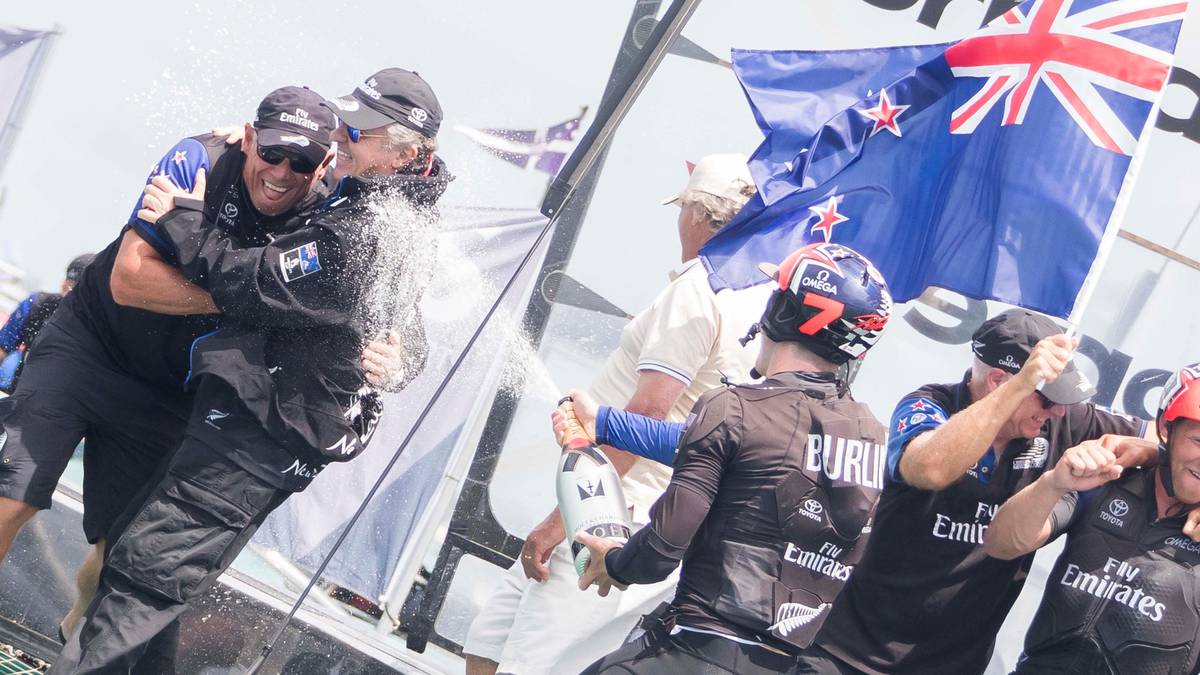 Valencia has emerged as another potential host for the next America’s Cup, with officials said to have been in discussions with Cup bosses for the past six months.

Just where Team New Zealand will defend the famous sporting trophy is up in the air after syndicate boss Grant Dalton confirmed this week it had rejected an offer from the Government and Auckland Council – worth $99 million in cash and kind – to keep the Cup here.

Dalton said overseas interest would know be sought for potentially hosting the event away from New Zealand.

One pitch has already been received for it to be held on the Isle of Wight.

It has been reported offers from several other locations – Valencia, Dubai, Saudi Arabia, Cork, Singapore and China – might also be lodged to host the event.

Valencia can now be added to the list of places where officials are working on an offer to secure hosting rights.

Spain’s Nautica 360 website has reported that a bid from a consortium based in Valencia – which is on Spain’s southeastern coast – were seeking financial backers.

“The entity chaired by Alejandro Fliquete has been working and maintaining contacts with the event’s organising company for six months, with confidentiality contracts in between, together with the leadership of the Royal New Zealand Yacht Squadron,” it reported.

“The initial objective of this working group is to secure private financing that covers the initial costs of the event and to align the project with Next Gen EU funds.”

A story on Nautica 360 quoted from a project document, stating: “In recent months work has progressed with investors and leading technology companies who share the vision of making the event in Valencia a new standard for the promotion of sustainability and the path to achieve the United Nations SDGs [Sustainable Development Goals]. Now we must double our efforts to succeed in this endeavour to promote Spain and Valencia as a world-class innovation lab.”

Nautica 360 also quoted an official close to the talks who said they were seeking “local and national investors” and added: “the climate of Valencia, its welcoming culture and its great resources for reducing costs and operations will be key to convincing the owners of the rights”.

On Wednesday, Prime Minister Jacinda Ardern said she was adamant the Government did all it could financially to try to keep the America’s Cup in New Zealand.

“The Government, on behalf of taxpayers, went into those negotiations in good faith in the hope of being able to retain the competition here in New Zealand. We wanted to have that home crowd, and for every Cup where we’ve held it, we’ve hosted,” Ardern said.

“We have to make sure that not only we put our best foot forward and make every endeavour to hold and host the race here, we also needed to identify the point where it wouldn’t be value for money for New Zealanders.

“The ball is in their court. We believe we’ve made a decent offer, and now it’s for them to resolve where the Cup will be raced.”

Ardern said she “like every other Kiwi” wanted to see the defence held here.

In announcing the rejection, Dalton said it was now time to “explore other opportunities to ensure we can put up another successful defence”.

He said regardless of where the event was held, the syndicate would “always be Team New Zealand”. Dalton also left the door ajar for New Zealand to remain as a potential host despite the rejection of the $99m package.

“If resources enable an event in New Zealand we will remain open to it,” he said.

“We certainly want to explore holding a regatta in Auckland and along with discussing the venue for AC37 with other nations, would like to work through that opportunity also.”

Auckland Mayor Phil Goff said the city would be “disappointed” with the rejection and that Team NZ is likely to be out of its council-owned waterfront base by March.

“I think Aucklanders will be very disappointed at the decision by Team New Zealand to look overseas to defend the America’s Cup,” Goff said.

Goff said under an agreement with the council, Team New Zealand had the right to use the events centre rent-free over the term of two Cup defences, but the agreement comes to an end on March 1 if the next defence is not held in Auckland.

“At that point the rent will become commercial and at that point or before I think Team New Zealand will probably be looking at alternative premises,” Goff said.

“Aucklanders did really get behind Team New Zealand in terms of funding – $113m worth of infrastructure that went in – but just as importantly we got behind them in terms of the huge support that Aucklanders gave to the team sailing in this, their home port.”

From March the events centre would return to being a commercial venue for hire.

The value of the events centre to Team NZ was about $3m-$4m a year.

Goff said the council’s contribution to the $99m joint Government-Auckland Council bid to keep the next cup defence in Auckland was for services in kind, including the continued use of the events centre.

He confirmed Team New Zealand was seeking twice what was offered by the Government and council.

“We made the best offer that we could, $100m between Government and the council, the council contribution largely being in kind, things like the event centre that was a fantastic base for Team NZ, and of course the bases that are already there on Wynyard Point and in terms of management of on-land and on-water requirements for the race.”