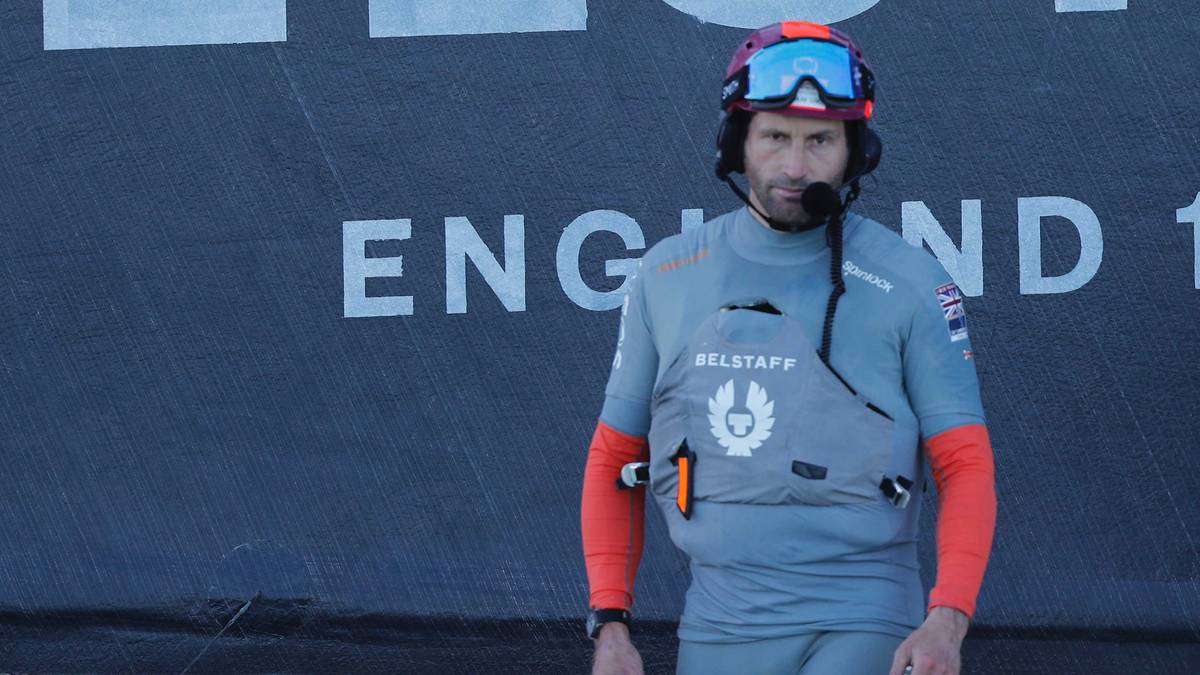 ANALYSIS: At one point during the last race of the Prada Cup final, Sir Ben Ainslie knew his America’s Cup dream was over. Michael Burgess reports on Luna Rossa’s dominant 7-1 over Ineos Team UK.

At 5:20pm on Sunday the British America’s Cup dream was over– and Sir Ben Ainslie knew it.

In the death or glory second race, trailing 6-1, Ainslie had gained an advantage off the start line, and led for most of the first leg.

But Luna Rossa, who have excelled all weekend in the lighter airs, made their pass ahead of the gate and were ahead by 12 seconds after the first upwind leg.

Their lead increased steadily – like a python suffocating their prey – and the tone of Ainslie’s voice was telling at the start of the third leg.

“We are going to have to do something pretty special here boys,” said the disconsolate helmsman to his crew, as they watched Luna Rossa pull away.

That miracle never came, and the Italians booked their passage to the America’s Cup match with a comfortable 56 second victory.

The fate of the British was apparent on the opening weekend of the Prada Cup final, when Ineos Team UK couldn’t take advantage of some mid strength breeze, left with a 4-0 deficit.

That made this weekend almost redundant, as the Italian boat is like a Ferrari in the lighter breeze.

It’s a deserved triumph for Luna Rossa, who have timed their run to perfection, improving massively since the end of the round robin.

It’s the third time an Italian syndicate has reached the America’s Cup match following the efforts of II Moro de Venezia (1992) and Prada (2000).

The race-hardened Italians will be quietly confident, especially in the lighter air, though no one really knows just how fast Te Rehutai is.

Ainslie had engaged Spithill in a fascinating duel before the second race, forcing the Italians into a penalty as they crossed the line fractionally early, while Ineos Team UK tacked just in front of them.

That gave the British the lead, but it gradually evaporated up the first leg, as they couldn’t find an extra gear in the low wind range.

The lead had extended to 34 seconds by the halfway point and the match was over.

“It was a pretty good day at the office,” said Spithill. “We tried to minimise the mistakes and the boat was going really well.”

The British also won the start before the first race, as there was a rare moment of indecision by the Italians, which gave the initiative to Ineos Team UK off the line. But it wasn’t enough.

Luna Rossa managed to hang with Britannia to the boundary, as Ainslie couldn’t shake the Italians, who survived in the dirty air.

Once the boats tacked for the first time, Luna Rossa had a narrow lead – a foreboding sign for the British.

“It was a lot lighter [than predicted], which was good for us,” said Bruni. “We definitely had the high mode and we proved it after the first tack.”

From there it just got worse. The Italians had a 16-second advantage at the first gate, despite coming off the foils momentarily during a poor tack earlier on that leg.

Ineos Team UK tried to find a way back, but the contest was effectively over after the second upwind leg, as Luna Rossa accelerated away – almost effortlessly slipping through the water – and extended their lead to 67 seconds at the halfway point.

It was a procession, with the British not helped by a lighter than forecast breeze, as it dipped to around 10 knots, and the lead stretched over a kilometre on the final leg.

“We know they have got the legs on us in this breeze,” said Ainslie. “We have been trying everything we can to get on top of it, but clearly we can’t. It’s tough.”