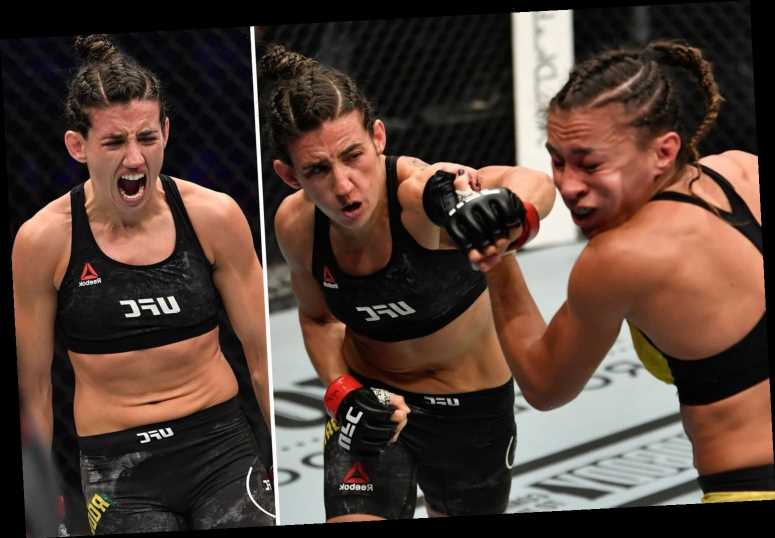 AMANDA RIBAS' impressive win streak in the UFC came to a screeching halt this morning.

The Brazilian grappler suffered a second-round TKO loss to her fellow countrywoman Marina Rodriguez in the early hours of the morning at UFC 257.

Defeat to the No.6-ranked Rodriguez snapped a six-fight win streak for the highly-touted prospect, who will have to go back to the drawing board following her maiden loss inside the octagon. 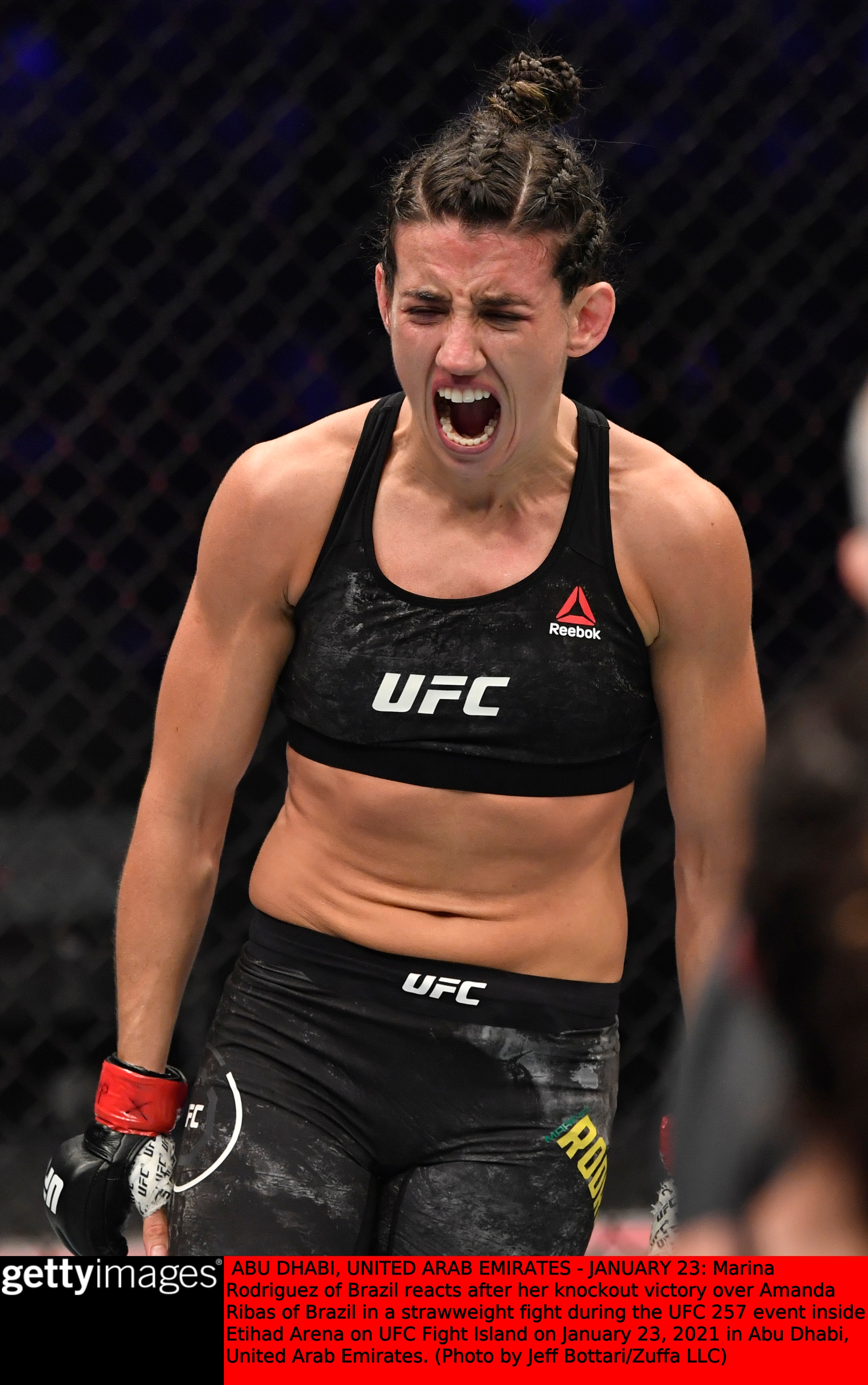 Ribas immediately took the centre of the octagon but was reluctant to engage the seasoned striker in a stand-up bout early doors.

It was clear she wanted to get the fight to the ground, which she eventually did just shy of the two-minute mark.

And as soon as she grounded the contest, it was clear for all to see she had a marked advantage in the grappling department.

Rodriguez, to her credit, managed to keep Ribas from passing her guard – although she expended a lot of energy and ate a lot of strikes in the process.

Clearly angered by the long stint on her back in the previous round, Rodriguez came out swinging in the second.

And 30 seconds after the restart, she stung Ribas with a big hand that put her on wobbly legs.

Rodriguez didn't let up and landed a flurry of strikes that prompted referee Herb Dean to move in as if he was about to stop the fight.

Dean didn't, which prompted Rodriguez to continue her onslaught.

But seconds later, the veteran ref called a halt to proceedings to bounce Ribas from the ranks of the unbeaten UFC prospects.