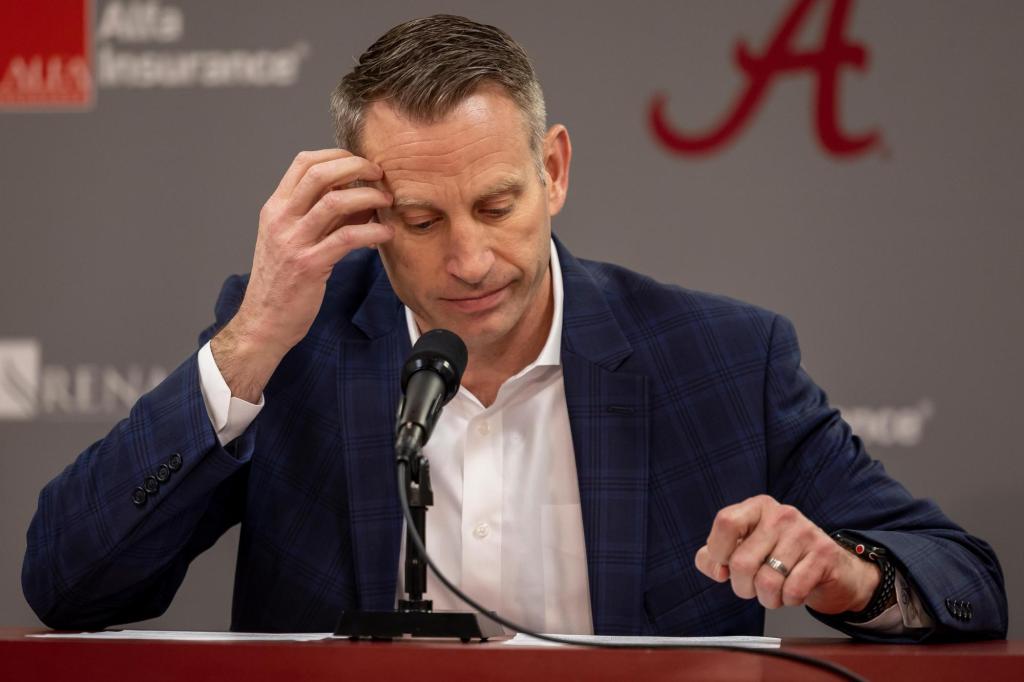 Alabama men’s basketball coach Nate Oats said Monday the fourth-ranked Crimson Tide is going through “kind of a grieving process” after player Darius Miles and another man were charged with capital murder following a fatal shooting near campus.

Speaking at a news conference, Oats said he couldn’t discuss any specifics related to the case. He said he spoke with Miles’ mother multiple times Sunday, and met with the team that night.

“I thought it was important that we were all here and around to support one another through this situation,” Oats said.

Miles, 21, a junior reserve forward from Washington, D.C., and Michael Lynn Davis, 20, of Charles County, Maryland, were both charged with capital murder. The capital murder charge arose because the death involved shots fired into a vehicle, Kennedy said.

Oats said the team met again Monday and would practice later in the day before Tuesday’s game at Vanderbilt.

“So yeah, it’s not something you go through often as a coach but I think we’ve got the services around the program to help us handle the situation.”

The university said in a statement Miles “has been removed from campus” and is no longer on the team.

Attorneys William White, Clayton Tartt and Suzanne Norman, from the the Birmingham-based Boles Holmes White law firm, issued a statement on behalf of Miles, saying he and his family “are heartbroken” over Harris’ death.

“While Darius has been accused of being involved with this tragedy, he maintains his innocence and looks forward to his day in court,” they said. “Our firm’s own investigation is ongoing, and no further statement will be made at this time.”

Kennedy said bail would not initially be set in the case. He said defense lawyers could request a probable cause hearing in Tuscaloosa County District Court and that a judge could consider bail later.

Miles had appeared in just six games this year, averaging 1.5 points. The team had announced Saturday he would miss the rest of the season with an ankle injury.

He had also missed time earlier this year with what had been described as a personal matter. Oats said Monday that Miles went back to Washington to deal with that issue but that it was “completely unrelated” to the weekend charges.

Want more sports news? Sign up for the Sports Omelette to get all our analysis on Denver’s teams.