Amid heightened concern about footballers' mental heath after the Majak Daw incident, the AFL is looking to make it mandatory for clubs to spend a certain amount on mental health experts under the football department cap.

AFL sources said that the league hierarchy would consider two possibilities to improve the way mental health and emotional wellbeing are dealt with by clubs – a reform that was already in the wind but has gained urgency after the North Melbourne player's incident on the Bolte Bridge this week. 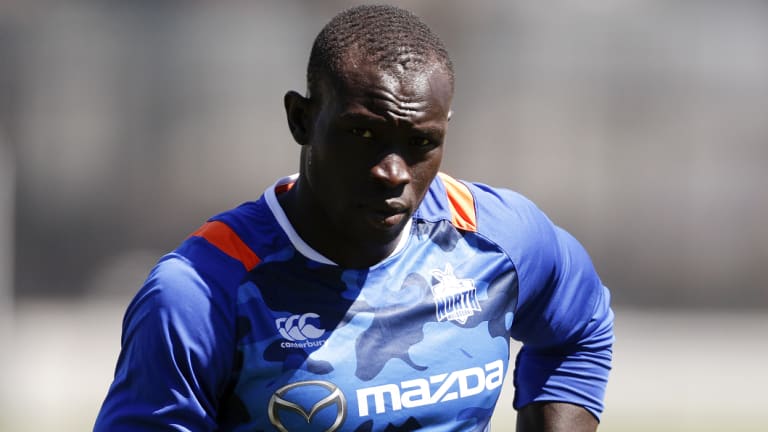 Majak Daw is in hospital and will undergo surgery in the next 48 hours.Credit:AAP

The more likely change is that the AFL will make it compulsory for clubs to spend a certain dollar figure on a trained expert in mental health such as a psychologist or psychiatrist.

Clubs and the AFL were criticised on Tuesday for spending huge amounts on the physical conditioning of footballers but only a small fraction on their mental health, when player feedback suggests mental health is their No.1 concern in today's high-pressure AFL club environment.

The other option – which is less favoured, at this stage – would be for the psychologist/psychiatrist's wage to be outside the soft cap on football department spending. At the moment, the mental health expert's wage is counted under that football cap (about $9.5 million in 2018), which gives clubs a financial disincentive to employ a full-time employee in that field.

A number of clubs employ only part time psychologists, compared with a vast number of staff who work on the fitness, conditioning and medical needs of the players – a discrepancy that ex-North Melbourne great and mental health advocate Wayne Schwass was critical of in the aftermath of the bridge incident that has led to Daw being hospitalised with significant injuries to his hip and pelvis.

While Schwass, who struggled with depression as a player, believes the game isn't doing nearly enough in mental health, the AFL's view is that it has been making inroads in improving this area as awareness has increased.

A survey by the AFL Players' Association found that mental health was the single greatest concern of the current players, who have dealt with increased demands from within their clubs and outside scrutiny via social media and the internet.

A club-employed psychologist or psychiatrist can also be accessed by coaches and other staff – including those outside of football.

North Melbourne are awaiting further news on the extent of Daw's injuries. He is expected to undergo surgery within 48 hours for multiple fractures to the hip and pelvis, with club officials having seen him in hospital on Tuesday.

A number of players have gone public about their struggles with mental health over the past two years, including Travis Cloke, Tom Boyd and Alex Fasolo.