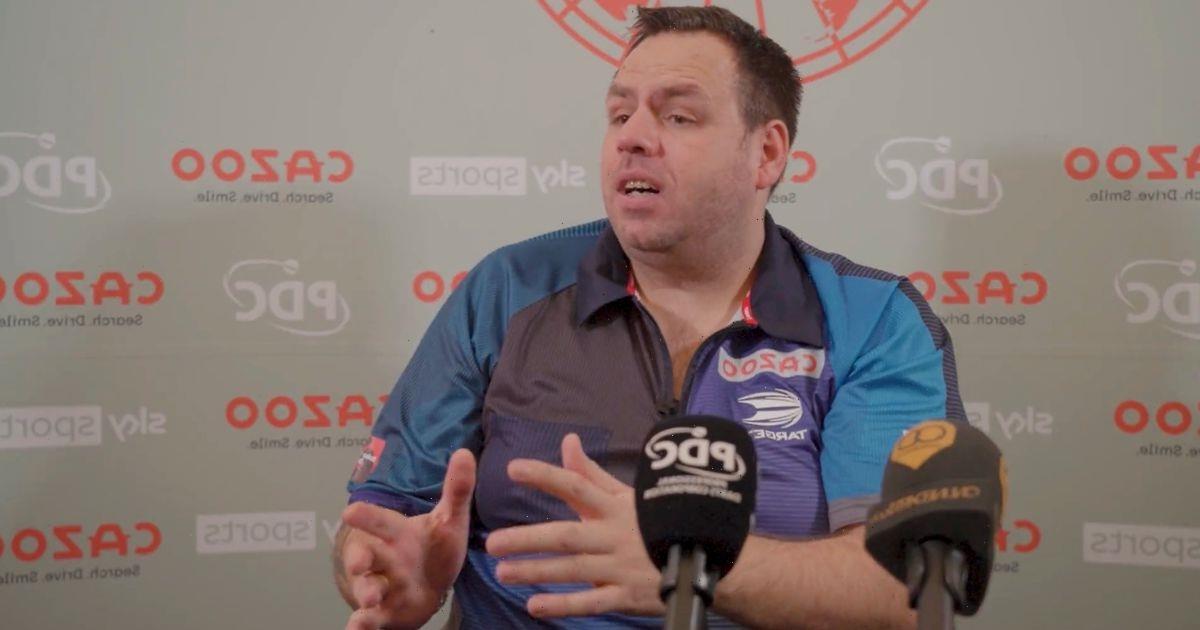 Two-time world champion Adrian Lewis cruised to victory over Daniel Larsson at the World Darts Championship to set up a mouth-watering second round clash with Damon Heta.

Lewis never looked in trouble as he cantered to a 3-0 victory in the afternoon session at the Ally Pally. His clash with Australian World Cup winner Heta will take place on Sunday afternoon.

It is a measure of how far Jackpot has fallen since winning his world titles – and how the general standard has rocketed –that he was unseeded for the tournament and therefore had to start in the first round.

But Lewis’ performance against Larsson boded well for the tournament, with many fans tipping the seemingly revitalised 37-year-old for a lengthy run in north London.

“Adrian Lewis, take a bow,” tweeted one. “Feel for those watching and wanting to start playing, he makes it look effortlessly easy.”

A second said: “Adrian Lewis looks like he’s got his mojo back. Joyful player to watch growing up, could go far in this year’s worlds, dark horse.”

Another added: “Vintage Adrian Lewis this,” while one fan declared: “Adrian Lewis is too talented to be playing on the Friday afternoon session.”

Can Adrian Lewis get back to his best? Have your say in the comments section below

You have to go back to 2016 for the last time Lewis made a World Championship final and he revealed, after the Larsson match, that if his fortunes don’t soon improve, his retirement from the sport may not be far away.

“I don’t want to go up there just to get beat,” he told reporters. “I’d rather retire than do that.

“This is my 18th World Championship, it doesn’t matter about age. It’s about how long I’ve been here, the longevity of it. It’s mind-boggling.

“If I don’t have a good run this year, I reckon another two years [he’ll keep playing].”