ADAMA TRAORE is reportedly expected to start for Spain in their upcoming fixtures after Ansu Fati was injured on the weekend.

Traore, 24, will get his chance to shine in Spain's UEFA Nations League games against Switzerland and Germany next week, according to Football ESPANA. 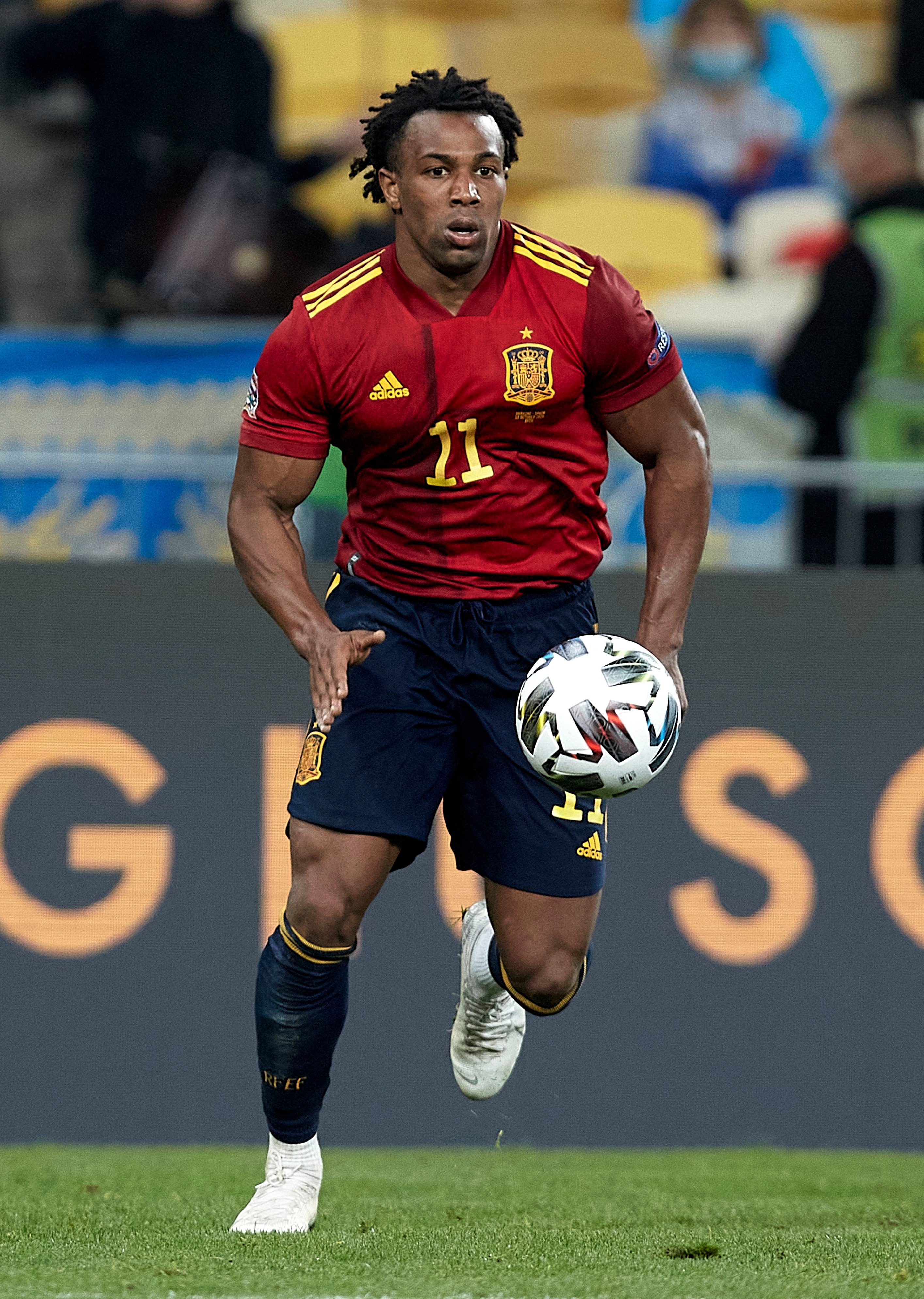 Real Madrid's Marco Asensio was initially called up to replace Fati, but Luis Enrique has decided to stick with Traore for the Swiss match at-least.

Fati, 17, was injured in Barcelona's 5-2 win over Real Betis on Saturday.

During the game, the teenage sensation ruptured the internal meniscus on his left knee.

Barca confirmed Fati would need to go under the knife to fix the problem.

And they have now revealed he will be out for up to five months following the surgery – although they hope to have him back sooner.

His injury is a devastating blow to both club and country who he has already broken records for.

He became the youngest-ever player to score in El Clasico when he fired home in last month's 3-1 defeat to Real Madrid.

Fati then followed it up by becoming Spain's youngest debutant in 84 years when he won his first cap against Germany in September, shortly before becoming their youngest goalscorer days later against Ukraine.

His absence from the national team gives Traore the perfect opportunity to stake his claim in the Spanish side in the near future.

But his decision to play for Spain was met with controversy after it emerged he was also able to play for his parent's country, Mali.

A tug-of-war ensued for his services but Traore decided to play for Spain in the end.

The winger claims it wasn't an easy decision to make and spoke on his difficult choice back in January.

Speaking to the BBC he said: "My mentality is to work for the team and the performance for the team gives me half a chance with two international teams and I am happy for that.

"I am grateful [to have the chance] with the two international teams – Spain where I was born and Mali where my origins are."