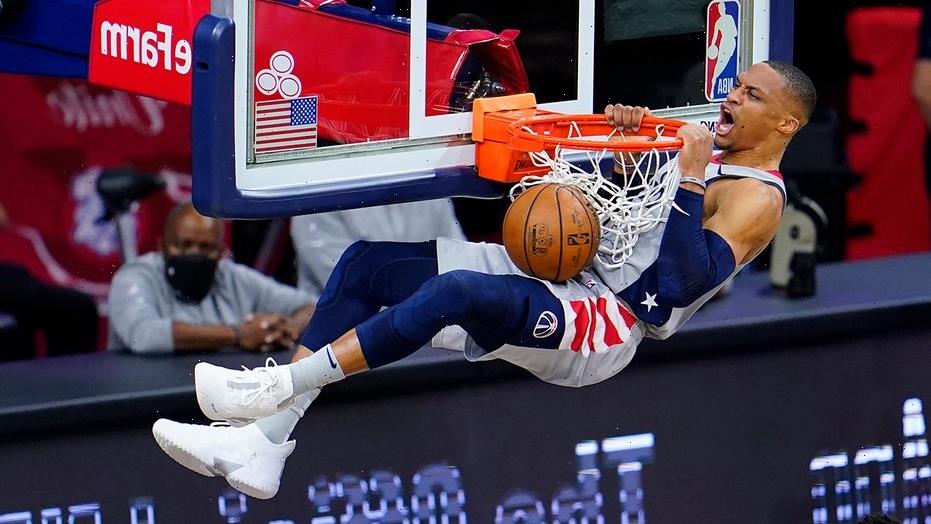 NBA Commissioner Adam Silver said Friday he was at home watching Game 2 between the Philadelphia 76ers and Washington Wizards when he saw the popcorn incident occur.

Russell Westbrook had popcorn dumped on his head while he was walking back into the locker room and had to be restrained by trainers and security from going up into the stands.

Silver said in an interview with NBC Sports Washington that having a “zero tolerance” policy when it comes to these types of instances will help ween out the bad actions of some fans.

The fan at the Wells Fargo Center was suspended indefinitely from attending any events there and had his season ticket membership with the 76ers revoked.

Silver also addressed how the fan was able to sift the popcorn down toward Westbrook – through an opening in the tarp that’s supposed to cover players when walking into the locker room. Silver said “we can tighten that up” in regard to the tarp.

“It’s critically important because, while of course we’re thrilled that fans are able to be back in our arenas, to get out of their homes to share this experience with others, we’ve gotta demonstrate that there is zero tolerance for that sort of behavior. I recognize it’s a minuscule percentage of fans, but they also can destroy the atmosphere for everyone who’s there,” he told the station.

“Then, of course, it’s our job to protect the players and the coaches and the officials. We want to make sure everyone knows it is zero tolerance. If you engage in that type of behavior, you will be caught particularly because even if it’s not recognized at first, there are so many cameras in all of our arenas now that no one is going to get away with that kind of behavior.”

The NBA saw three teams ban a total of five fans from their arenas over inappropriate interactions – whether it was popcorn, spitting or racial taunts.