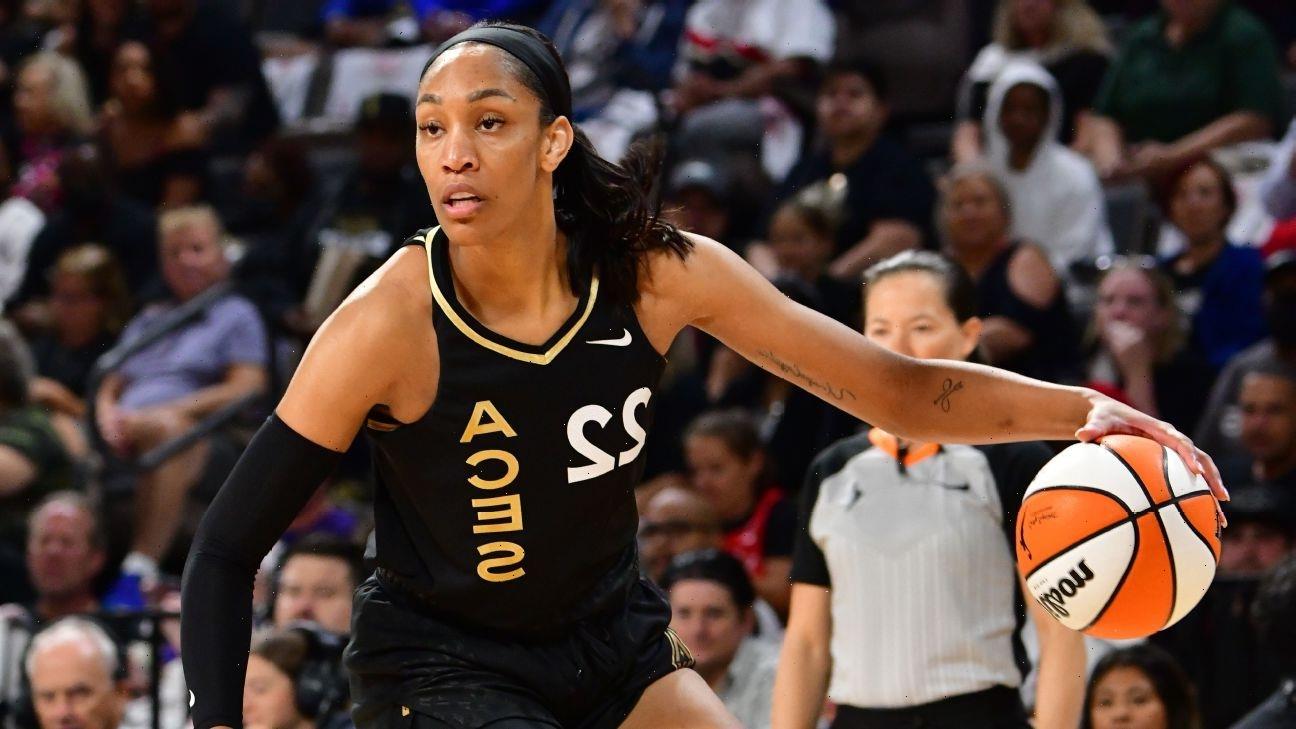 M.A. Voepel covers the WNBA, women’s college basketball, and other college sports for espnW. Voepel began covering women’s basketball in 1984, and has been with ESPN since 1996.

LAS VEGAS — Forward A’ja Wilson of the Las Vegas Aces is the WNBA Defensive Player of the Year, the league announced Tuesday, and leads the WNBA’s first and second all-defensive teams.

Wilson, in her fifth WNBA season, is playing in the league semifinals against the Seattle Storm, which has three players on the all-defensive teams. Game 2 of the series is Wednesday at 10 p.m. ET on ESPN2. The Storm lead the series 1-0.

Wilson is joined on the all-defensive first team by Stewart, Fowles, Cloud and Washington guard Ariel Atkins. Fowles, who retired after Minnesota’s season ended, was a four-time Defensive Player of the Year. This is the 11th time in Fowles’ 15-season career that she was named to either the first or second all-defensive teams.

It is Wilson’s first time winning the DPOY honor; she was league MVP in 2020. This season, she led the league in blocks (1.9 BPG), was second in defensive rebounds per game (career-high 7.6) and 12th in steals (1.4 SPG). Wilson had at least 10 defensive rebounds in nine games, and had seven games with at least four blocks.

The Aces were first in the WNBA in defensive rebounds per game (28.4) and defensive rebound percentage (74.5). Wilson also helped Las Vegas hold opponents to 31.8 PPG in the paint, the third fewest in the league.

Wilson was second in the league in overall rebounding (9.4 RPG) and led the WNBA in double-doubles with 17. She helped lead the Aces to the most victories in franchise history (26) and the No. 1 seed in the playoffs.

Wilson, the 2018 No. 1 draft pick out of South Carolina, joins Becky Hammon (Coach of the Year) and Jackie Young (Most Improved Player) as Aces award winners so far this season.