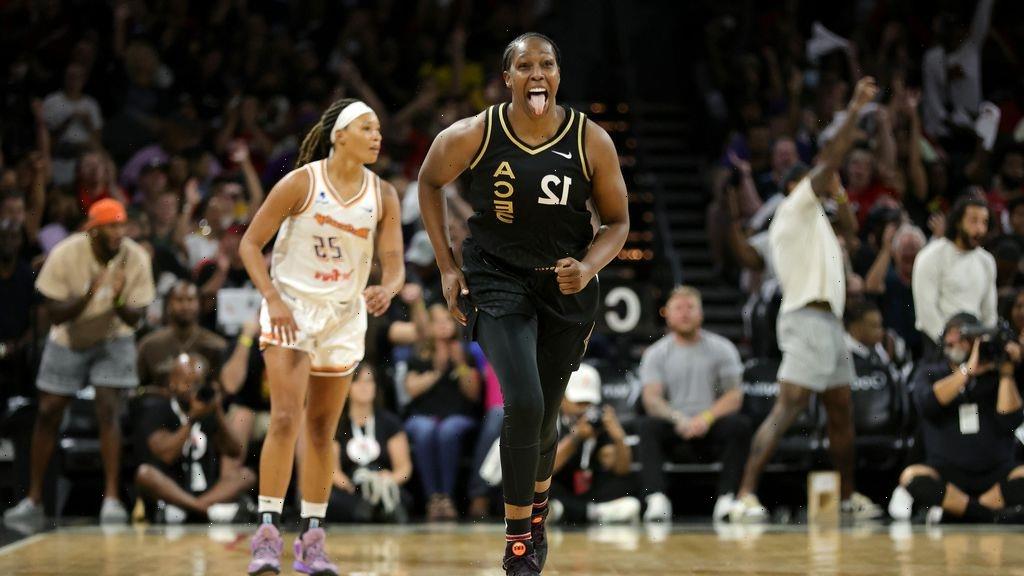 M.A. Voepel covers the WNBA, women’s college basketball, and other college sports for espnW. Voepel began covering women’s basketball in 1984, and has been with ESPN since 1996.

LAS VEGAS — Last season, the Las Vegas Aces were crushed by a Game 5 semifinal playoff loss at home to the Phoenix Mercury in a year they really thought they could be WNBA champions.

Saturday, the Aces were the ones doing the crushing. And in record fashion.

Las Vegas set a WNBA record — playoff or regular season — for most 3-pointers in a game with 23, in a 117-80 dismantling of a Phoenix team depleted by injuries and absences.

Aces coach Becky Hammon, in her first season in Las Vegas after eight years as an NBA assistant in San Antonio, moved her squad a step closer to the sought-after title, as the Aces became the first team to advance to the 2022 WNBA semifinals with a 2-0 sweep of the Mercury.

The Aces offense was unstoppable Saturday, setting the tone by making their first 10 shots from the field, a playoff record. Their 11 3-pointers in the first half were also a playoff record, but they never cooled down in the second half. The Aces are the first WNBA team to ever hit at least 20 3-pointers, and they finished at 63.9% from behind the arc.

It was actually a day for offense in the WNBA, as the record for the largest playoff margin of victory was set earlier Saturday in Chicago, with the defending champion Sky beating New York by 38 points. The Aces nearly matched that, winning by 37. It was the first time in WNBA playoff history that two teams not playing each other both topped 100 points.

Hammon talked after Game 1 about how her counterpart in her first year guiding the Mercury, Vanessa Nygaard, had dealt with more than any other coach in the league this season.

Center Brittney Griner has been jailed in Russia since February, center Tina Charles had a contract divorce from the team in June, guard Diana Taurasi has a quad injury that has kept her sidelined the past six games and guard Skylar Diggins-Smith stepped away from the team in the last week of the regular season for personal reasons. All four have been Olympians and All-Stars.

Then in Wednesday’s Game 1 loss, Phoenix guard Shey Peddy, one of the team’s top defenders and stabilizing forces this season, suffered an Achilles rupture, ending her season. The Mercury turned to Kaela Davis, a replacement player who didn’t compete in the WNBA in 2021, to help run the point position. She finished with a team-high 23 points, a bright spot for the Mercury.