Aaron Judge’s 62nd home run ball is expected to sell for a record when the auction for the one-of-a-kind collectible ends Saturday night.

"We expect the final bidding to be over $3 million," Goldin Auctions founder Ken Goldin said on "Varney & Co."

"This is probably the most famous baseball in the world, and it should set a record for the most valuable baseball ever sold," Goldin told Stewart Varney.

The Judge auction is expected to run smoothly, without the screwballs marking some colorful past sales. 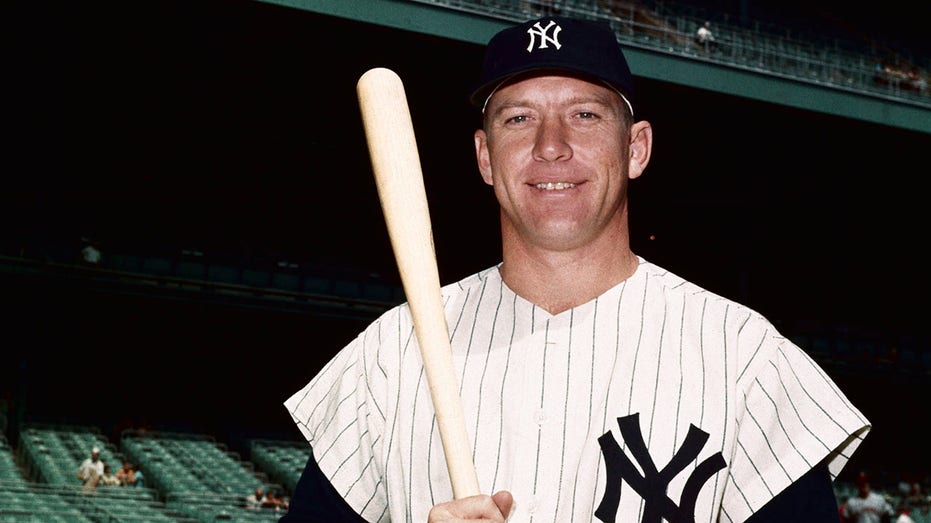 The auction for Mickey Mantle’s 500th home run ball unfolds like an episode from "CSI."

Oregon firefighter Dale Cicero bought "The Mick’s" historic ball in 1996 for $24,200 and put it up for sale three years later, The Oklahoman reported.

Minutes before bidding was to start, a family friend of the New York Yankees outfielder told the auctioneer the ball was a fake, claiming Mantle’s widow, Merlyn, owned the true 500th ball.

The ball was withdrawn from sale and PSA/DNA Authentication & Grading services was called in to figure out which one was real. The company used "unique DNA technology," along with an "exhaustive" analysis of documentary and non-documentary evidence to conclude that Cicero’s ball was authentic. PSA/DNA then tagged the ball with a permanent and non-transferable trace liquid containing a synthetic strand of DNA that is nearly "impossible to replicate," PSA/DNA said.

In 2007, Cicero told the Texas Journal of The Wall Street Journal he sold the ball to an investor group in Grand Rapids, Michigan. The price was "well into the six figures." Later reports listed the price at $144,000. 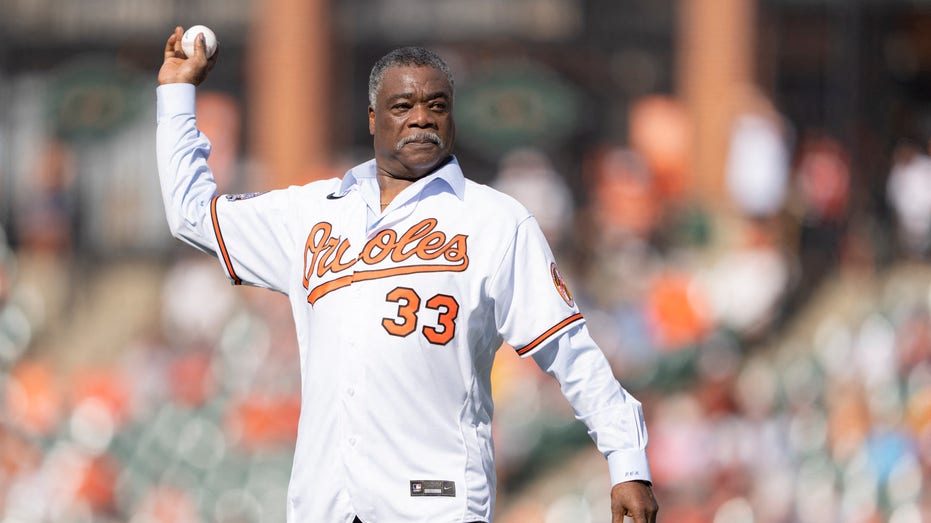 He sold the souvenir to Michael Lasky, founder of the Psychic Friends Network. PSN was a $3.99 per minute telephone service that flooded late night TV during the 1990s with half hour infomercials hosted by singer Dionne Warwick.

Lasky agreed to fund an annuity that would pay Jones $500,000, including interest, over 20 years.

"All this could have been avoided if he'd [Lasky] only called his own psychic lines," said James Olson, a lawyer for the network's operator, Inphomation Communication, commenting on the bankruptcy filing. 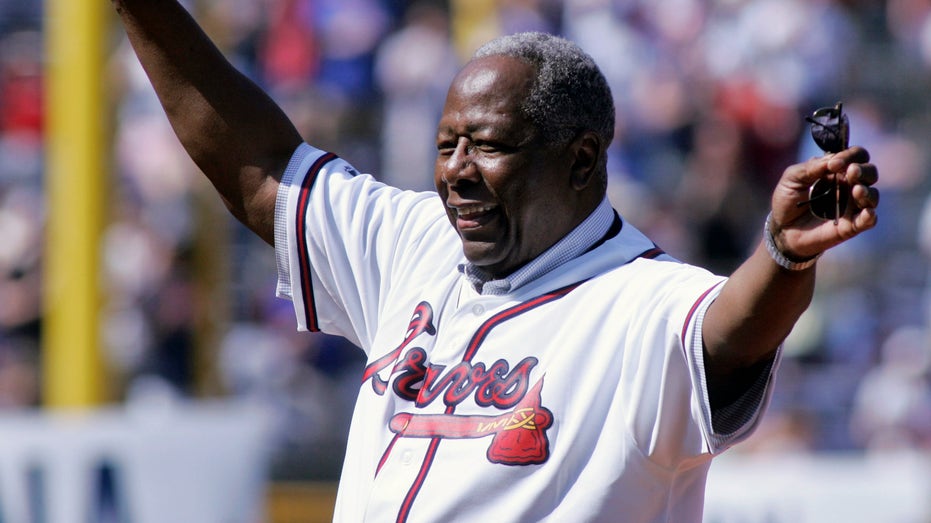 Hall of Famer and former Atlanta Braves Hank Aaron waves to fans after being introduced prior to the Braves MLB baseball game against the Chicago Cubs in Atlanta April 5, 2010. Aaron threw out the first pitch. (Reuters/Tami Chappell / Reuters Photos)

The ball flew above the head of groundskeeper Richard Arndt, who promptly retrieved it, according to FanGraphs. Arndt wanted to personally present the ball to the Hall of Famer. Instead, the Brewers offered Arndt a photo opportunity along with a signed ball and one of the slugger’s bats. Arndt rejected the offer. The Brewers fired him a day later. To add insult to injury, the club deducted $5 from Arndt’s final paycheck for keeping the ball.

In 1994, Arndt got Aaron to sign the ball at a baseball card show, without telling the Home Run King that he was signing "the ball," FanGraphs said.

Arndt finally sold his piece of history for $650,000 to Connecticut money manager Andrew Knuth in 1999. 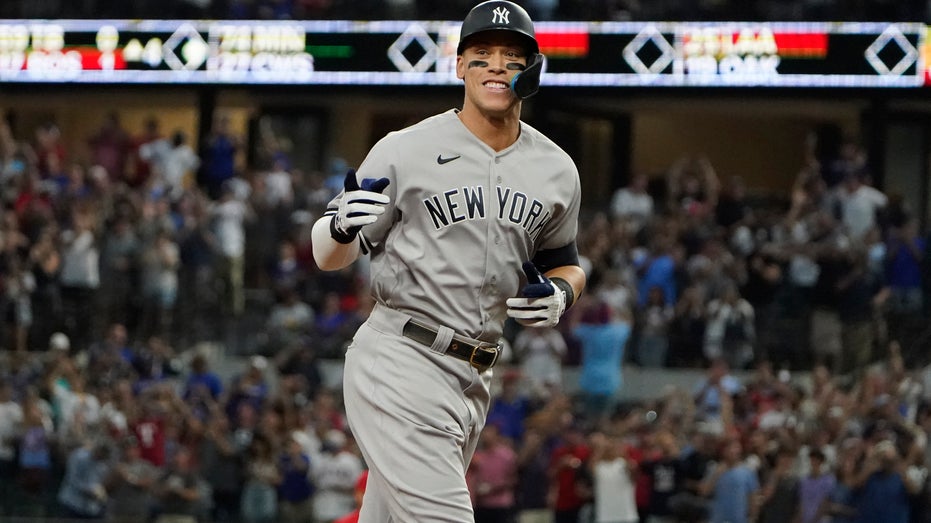 New York Yankees’ Aaron Judge gestures as he rounds the bases after hitting a solo home run, his 62nd of the season, during the first inning in the second baseball game of a doubleheader against the Texas Rangers in Arlington, Texas, Tuesday, Oct. 4, (AP Photo/LM Otero / AP Images)

Compared to the examples above, the sale of Judge’s historic homer is expected to land straight in strike zone.

Perhaps the only interesting fact about Judge's ball is a coincidence. Youmans is married to Emmy-winning reporter (and former "The Bachelor contestant") Bri Amaranthus. The man who caught Judge's 61st ball, Toronto Bluejay’s bullpen coach Matt Buschmann, is also married to a sports reporter, the NFL Network’s Sara Walsh. 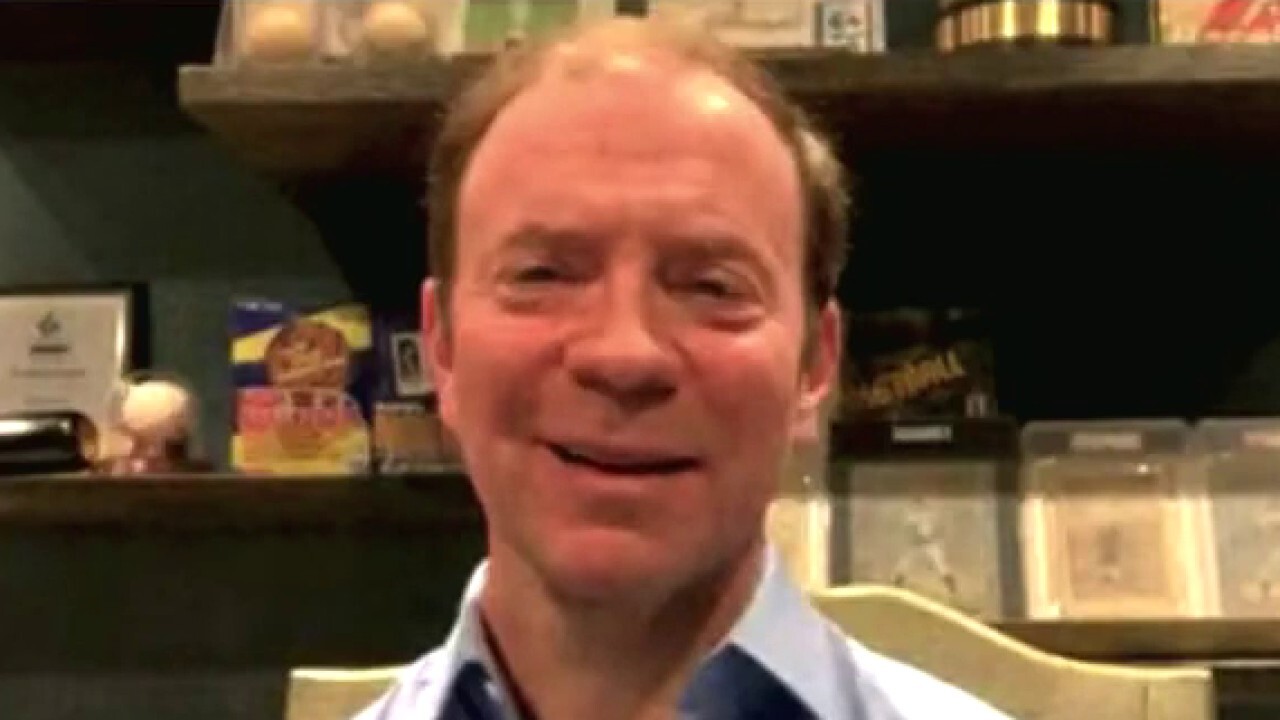 Ken Goldin, founder of Goldin Auctions, says that ‘there are now hedge funds and mutual funds that are buying’ sports cards for alternate investments.