For an owner who wants to enter a yacht in the Rolex Sydney Hobart race, the procedure is relatively straightforward. Sign the forms. Meet the safety and medical requirements. Pay the entry fee.

When Stacey Jackson was first interested in doing this year’s race, she did not even have a boat.

But she did have a plan and the conviction that the time was right for a professional team of women with an ecological message focused on ocean health. Jackson and her 12 Ocean Respect Racing crewmates are now aboard Wild Oats X for one of yachting’s great spectacles: the annual 628-nautical-mile sprint from Sydney to Tasmania.

“To send a message you need a good voice, and nothing brings attention more to a boat than a unique concept on the crew,” said Jackson, a 35-year-old Australian who is the skipper of Ocean Respect. “I’m too old to do a youth crew, so I said, ‘Let’s do an all-female team again but do it at a different level than it’s been done in the past.’”

To better understand what it takes to do the Sydney Hobart Race, The New York Times is focusing on different roles within Ocean Respect’s crew: skipper, bowman and navigator.

Finding 13 professional women to fill all the key slots in a Sydney Hobart crew would once have been quite a challenge. That is no longer the case, largely because of the Volvo Ocean Race.

For nearly 10 years — from 2005 to 2014 — no women participated in the Volvo, the premier crewed round-the-world event. But in the 2014-15 edition, Jackson was part of the all-women Team SCA, and in the 2017-18 edition of the Volvo, which finished in June, a new rule encouraging teams to hire women led to 23 taking part. 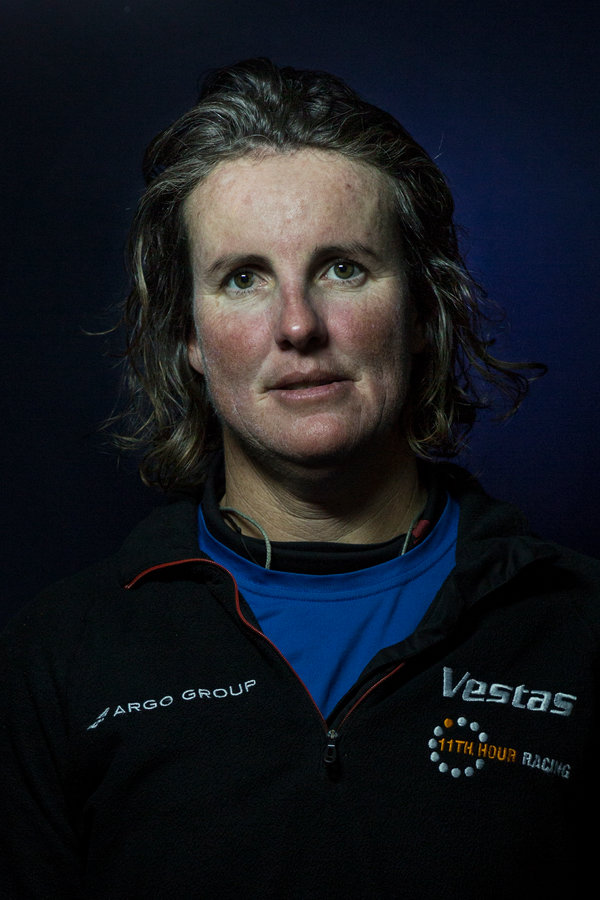 For the first time, every boat had women on its crew, and Carolijn Brouwer, Marie Riou and Justine Mettraux — the three female members of Dongfeng Race Team — became the first women in the event’s 45-year history to be part of the winning crew.

Jackson, who was on the crew of Vestas 11th Hour Racing, has complained of sexism in the sport, of failing to get jobs she knew she was qualified for because she was a woman. But during the Volvo race, it became clear to her that there was now a deep pool of candidates with serious offshore racing experience.

“There’s a lot of great women in the industry, and I have sailed with some of them and wanted to sail with some of them and hadn’t been able to yet,” Jackson said. “As I looked around on the Volvo boats and at the positions the women were doing, I realized that if you put them on one boat we’d have the skills to cover all aspects of racing at the highest level. So why not put them all together and do a Hobart with them? A lot of these people are my picks for that position, and it just so happens they are female.”

Brouwer, a 45-year-old from the Netherlands who is based in Australia, will be the primary helmsman for Ocean Respect. Other Volvo veterans on the team include Dee Caffari, Sophie Ciszek, Bianca Cook, Katie Pettibone, Keryn McMaster and the navigator, Libby Greenhalgh.

There is also Vanessa Dudley, an Australian who will be taking part in her 23rd Sydney Hobart Race. This will be the 12th for Jackson, but her first as the skipper, which, she said, has been a major adjustment.

“I like to just get things done and see it happen, not have people look at me getting it done,” she said. “And the girls have a joke going around that every time I speak publicly the weather turns terribly bad. We get torrential rains.”

It happened at the team’s launch ceremony (despite a sunny start) and happened again when the team presented its sustainability goals at the Cruising Yacht Club of Australia, the club that runs the Hobart Race.

Perhaps she should avoid any speeches on board during the race, already infamous for its unpredictable weather.

“Totally,” Jackson said with a chuckle. “The girls are saying it’s me.”

Rain or shine, two benefactors made Jackson’s project possible. The first was the Oatley family, her former employers and one of the major players in sailboat racing in Australia. Their supermaxi yacht Wild Oats XI has won line honors a record eight times in the Hobart Race and has twice won the overall trophy based on handicap.

But the family also owns other top-line racing boats, including the 66-foot Mini Maxi Wild Oats X. That was the boat Jackson coveted, and when she sent Sandy Oatley an email presenting her project in May, he and his family soon agreed to lend Jackson the yacht free for the Hobart Race, provide berthing in Sydney and the use of their workshop and some of their shore team.

That made the project economically feasible if Jackson could find a major sponsor to cover the rest of her budget, including insurance, housing and crew wages (day rates for professional sailors can range from $500 to $2,500).

In stepped 11th Hour Racing, an international organization based in Newport, R.I., that promotes sustainability and ocean health through partnerships with sailing teams and maritime industries. The organization had been one of the major backers of Jackson’s team, Vestas 11th Hour Racing, in the last Volvo; that team, too, was focused on sustainability and environmental education.

“To be perfectly honest, the last race around was a real eye opener for me in terms of what I learned about the shape of the planet and ocean health and plastic pollution,” Jackson said. “What we achieved in the race was awesome, but I knew it was going to stop, and I wanted to find a way of continuing it.

“In Australia, I feel we are a little bit behind. A lot of people will still buy a takeaway coffee in a cup or buy a bottle of water in the supermarket rather than take their own bottle with them. I think we can help spread that message. We all have to start small and work big.”

In the race, Jackson will be the pit and crew boss during the start and other all-hands maneuvers at sea. Once the team is sailing offshore, Jackson will make the final routing decisions with Greenhalgh, work four-hour watch shifts as a helmsman and sail trimmer and take the lead on any major issues that arise.

As usual in offshore races, sleep will be elusive. “In the last one, I got four or five hours in a 48-hour period,” she said.

But unlike the Volvo, where some long ocean legs could last nearly a month, the Hobart Race is a sprint that may require no more than two nights at sea.

Getting to the starting line with 12 other women of this caliber has been a long road, however. How much longer before an elite all-women crew no longer seems remarkable?

“I think it’s a while yet,” Jackson said. “I really like to think maybe for the daughters of some of our crew who are starting in Optis now and are 6 or 7 years old that things will be different when they get to sail on bigger boats. Maybe then it will be changed.”