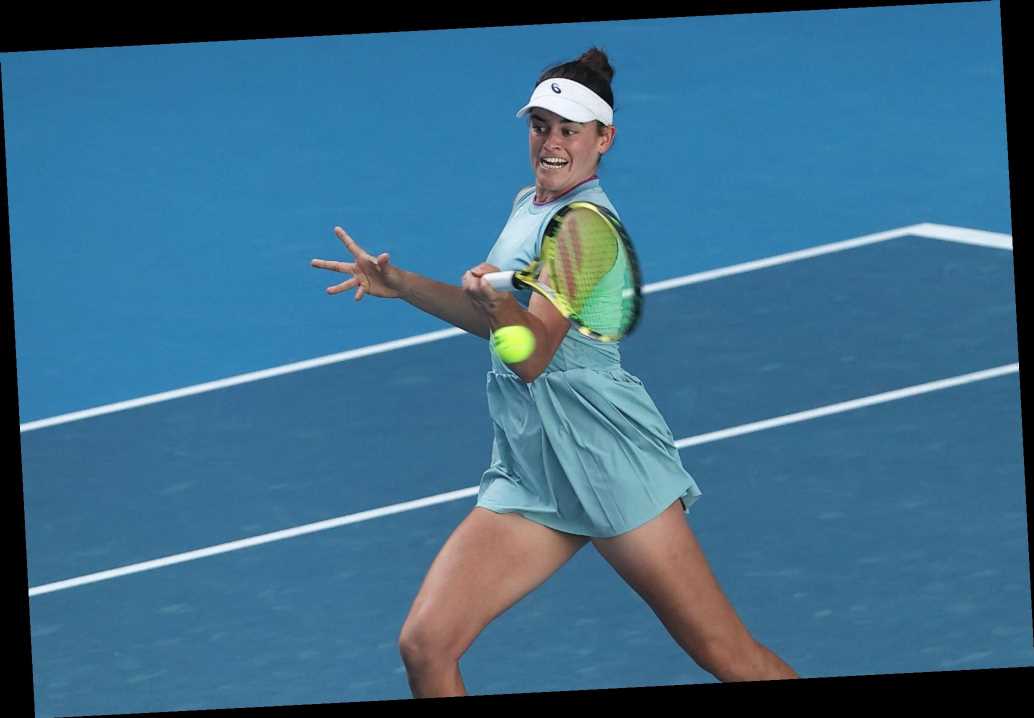 The amazing Australian Open run no one is talking about

A mattress prepped Jennifer Brady for the run of her life.

The 25-year-old rising American tennis star is slated to take on No. 3 Naomi Osaka in the Australian Open final on Saturday morning, weeks after she was forced to quarantine in Melbourne. A passenger on her charter flight to Australia tested positive for coronavirus, leaving Brady and 51 other players forbidden from leaving their hotel rooms for two weeks.

Instead of being able to practice on a court or even get a whiff of fresh air, Brady, the World No. 22-ranked player, pushed her mattress up against the wall and hit tennis balls into it. She set up agility drills in the confines of her room instead of binging Netflix.

“That’s also why she did well in the quarantine. She accepts things as they are. She doesn’t think bad things happen to her,” her coach Michael Geserer said on Friday.

“There are some rules, and she goes with the rules. If they say, ‘Don’t leave the room, don’t open the door, like in quarantine,’ she doesn’t break the rules. She’s not the one.”

The approach paid off: not only is Brady the only quarantined player to have made it past the third round, the UCLA product has a shot at revenge for a 2020 US Open semifinal that Osaka won in three back-and-forth sets.

A victory over Osaka would be a whole new pinnacle for the Harrisbug, PA, native. Brady earned her first wins over top-20 players in 2019 after joining forces with Gerserer, then beat No. 1 Ashleigh Barty in 2020. In Melbourne, she’s used her athleticism and big serves to beat No. 28 Donna Vekic and No. 25 Karolina Muchova among her six wins to get to the final.

Now, she’s staring down what would be her first Grand Slam title and a potential No. 12 ranking.

“There will be, like in every match, nerves,” Gerserer said. “She will feel the little pressure. That’s healthy, that’s good. She also knows how to deal with it.”