LOS ANGELES — Matt Kuchar, who has earned more than $45 million as a professional golfer, went to Mexico last fall in search of his first victory in four years — and a local caddie who could help him get it.

Kuchar found both. But that happy ending has quickly dissolved into a scandal that casts Kuchar, 40, as an ugly American and a particularly shameless elitist in a country-club sport.

Kuchar has been accused of fleecing his caddie in Mexico, David Giral Ortiz, by paying him a tiny fraction of what the job usually yields when the boss wins $1.296 million, as Kuchar did at the Mayakoba Classic in Playa del Carmen.

In a typical PGA Tour arrangement, a caddie gets a flat rate of $1,500 for the tournament, which helps cover expenses, and a bonus worth 10 percent of the golfer’s winnings. 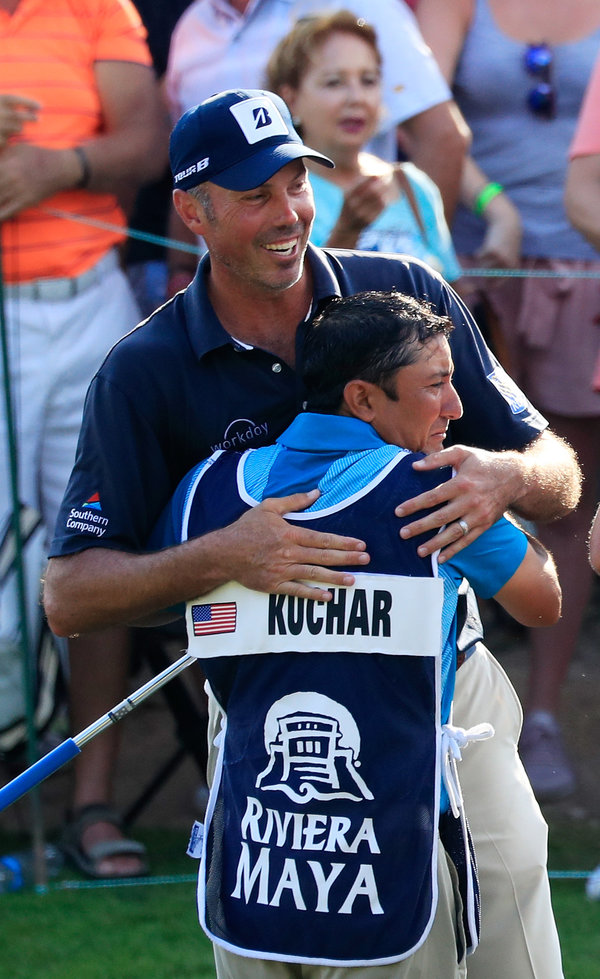 “The extra $1,000 was, ‘Thank you — it was a great week,’” Kuchar told Golf.com. “Those were the terms. He was in agreement with those terms. That’s where I struggle. I don’t know what happened. Someone must have said, ‘You need much more.’”

He and Ortiz had never worked together before, but Kuchar, who added the tournament to his schedule on a whim, needed a substitute for his regular caddie from the United States.

Questions about their arrangement soon surfaced on social media, and indignation began building against Kuchar, who has long been considered one of the more affable players on tour.

At the recent Phoenix Open, fans at the typically raucous 16th hole chanted “Pay your caddie” when it was Kuchar’s turn to hit.

A few players, like Tom Gillis, who competes on the PGA Tour Champions, have taken Kuchar to task on Twitter. “What would Jack or Arnie done in this situation???” Gillis wrote, referring to two of the game’s greats, Jack Nicklaus and Arnold Palmer. “Seized the opportunity to change a man’s life.”

Despite Kuchar’s congenial reputation, his peers who are playing with him this week at Riviera Country Club in Los Angeles, site of the Genesis Open, have largely chosen to avoid the issue or, when given the veil of anonymity, have said his parsimony does not represent the majority of professional golfers.

Marc Graubart, a Houston resident who regularly employs Ortiz during golf vacations in Mexico, said he happened to be with Ortiz in Mexico last month when questions about his compensation had already surfaced. They saw Kuchar on television during a tournament in Hawaii, telling reporters that he had paid Ortiz more than $3,000 for his services and less than 10 percent of his total earnings.

Graubart said on Thursday, in a telephone interview, that he had quizzed Ortiz about the details of his unwritten agreement with Kuchar. Then, Graubart said, he explained the typical pay scale to Ortiz, who seemed unaware that he could have earned more money.

Graubart said he and a friend helped Ortiz write emails to Kuchar’s agent, Mark Steinberg, requesting more compensation. In a Jan. 23 email, which The New York Times obtained, Ortiz wrote that he had asked Kuchar for a percentage of his first-place check if he were to win. The existence of the emails was first reported by Golf.com.

“Matt said ‘sure’ with a smile,” Ortiz wrote in the email, “not believing that he would actually win the tournament.”

A few days later, Graubart said, Ortiz received an offer of $20,000 from a tournament director who appeared to be acting on behalf of Kuchar’s agent. Graubart said Ortiz had requested $50,000, and the caddie wrote an email asking if he could deal directly with Steinberg, who replied: “I am out of the country. What Matt has offered is fair.”

Some golf fans clearly disagree. A GoFundMe account has been set up on Ortiz’s behalf, with the goal of raising the $50,000 he has been unable to collect from Kuchar. Late Thursday night, the total was $2,226.

'The Challenge': Cara Maria Sorbello and Paulie Calafiore Are Traveling to The Bahamas Together

MTV’s The Challenge has been on television for decades, and viewers are likely to recognize many of the same contestants...

CAMERAS captured the sickening moment a twisted maid plunged a toddler's arm into boiling water in an apparent bid to...

Luxury country house where Allies plotted assassination of Hitler’s henchman on sale for £1.5m – The Sun