LONDON — As a teenager, Michael Andrew came within a second of fulfilling a dream and making the United States swim team for the 2016 Olympics. Now he risks missing out on the 2020 Games in Tokyo for altogether different reasons.

Andrew, a world champion, is at the forefront of a battle being waged by some of elite swimming’s biggest names against the sport’s governing body in a fight that threatens to have repercussions beyond the pool. The dispute highlights rising tensions between athletes determined to maximize their earning potential and organizations intent on protecting guiding principles forged in the amateur era.

Organizers scrapped plans for a lucrative independent meet in Turin, Italy, this year after FINA, the international swimming federation, which is based in Lausanne, Switzerland, threatened competitors with bans from the sport’s biggest events, including the Olympics, which remains unsurpassed in terms of profile and prestige in elite swimming. The resentment has only grown since.

Andrew joined about 30 swimmers — a group that included several world and Olympic champions — in London this week for two days of meetings to discuss ways to take on swimming’s power brokers. He left saying that they should be willing to be barred if it meant athletes had greater control over their destinies rather than being limited to competitions controlled by the governing body.

“If it takes them banning us for things to change, then go ahead,” he said in an interview. “Yes, it’s a risk. And yes, growing up, the dream is always to have Olympic gold. But if I never get an Olympic gold medal, I’m fine with that. I want to be able to look back and know that I stood up for something I believe in and created a lasting change.”

Andrew, who turned professional at age 14, in 2013, said his aim was to break records in the four strokes that make up the medley, his favored event. It is a feat that has never been accomplished, and now the question is whether he will undertake it at sanctioned events. Currently, elite swimmers can participate only in events approved by FINA.

FINA appeared to cool on its threat to bar athletes from competing in unsanctioned events, releasing a statement on Thursday saying only that it would not recognize times at meets outside its purview. But court battles over the issue of the federation’s control are moving forward. 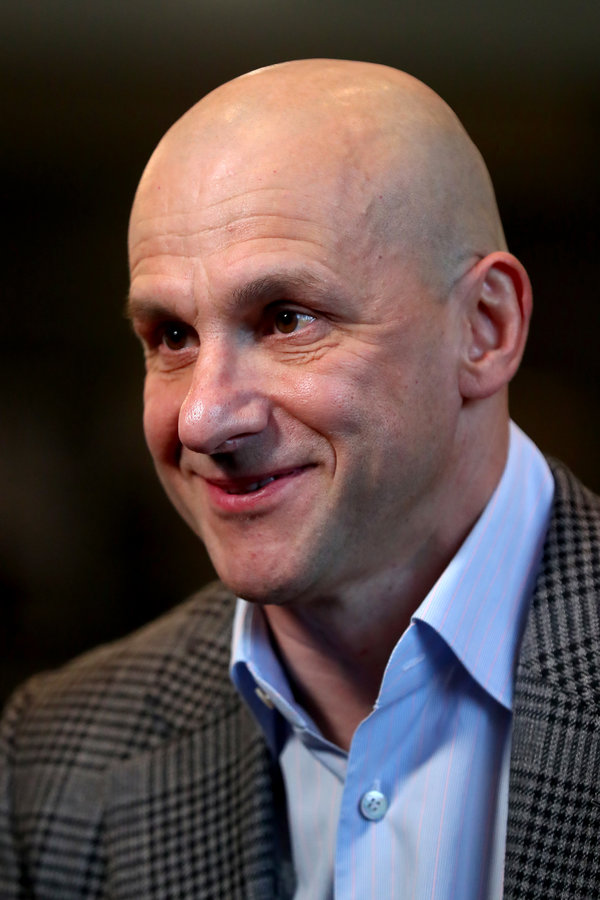 Two weeks ago, Andrew joined another American swimmer, Tom Shields, and a Hungarian one, Katinka Hosszu, in filing an antitrust suit in the United States District Court for the Northern District of California challenging FINA’s control over organizing of competitions.

Neil A. Goteiner, who is representing the swimmers, said FINA had made it clear that any swimmer who participated in the Turin competition could be barred.

The suit comes on the heels of litigation last year in which speedskaters from the Netherlands won a ruling from the European Commission against the International Skating Union. The skating federation had threatened to bar the speedskaters if they participated in an unsanctioned event. In soccer, FIFA, seeking gain leverage over the elite clubs that had started discussions about the possibility of a new breakaway competition, recently warned players that they could be barred from the World Cup.

Athletes in track and field and tennis won similar battles with their international federations in the 1970s and 1980s, but not without some pain. In 1973, 81 of the world’s top tennis players walked out of Wimbledon after the tournament honored the International Tennis Federation’s suspension of Niki Pilic, of the former Yugoslavia, who had opted to play a commercial tournament earlier in the year instead of representing his country in the I.T.F.-controlled Davis Cup. After the walkout, the I.T.F. never again challenged the players’ rights to set their own schedules.

The swimmers’ suit is being funded by Konstantin Grigorishin, a Russian billionaire from Ukraine who is a leading shareholder in the Energy Standard Group, an engineering and utility conglomerate. He is also the founder of the International Swimming League, a series that he says will revolutionize the sport, which has long existed under the radar between Olympics.

The league will offer higher prize money to athletes who, outside of an elite few, rarely earn enough to sustain a career. The league aims to attract broad interest in swimming every year. The company filed its own suit in California against FINA, accusing it of anticompetitive behavior.

“The world is changing, and I think it’s unavoidable for sports governing bodies to accept this,” Grigorishin said.

Discussions for a league featuring 12 teams, split between Europe and North America, and culminating in a final meet at the Mandalay Bay resort in Las Vegas will continue in January, he said.

FINA has been scrambling in the face of the challenge. It announced its own Champions Swim Series, a new team event with almost $4 million in prize money.

FINA has said it will mount “a robust” defense against the legal challenges. The governing body will make it clear that competitions outside its auspices create what it has called integrity issues. The federation argues that its presence is required to ensure proper drug testing and certified timing standards, for example.

The crisis has shined a spotlight on FINA’s governance. Julio Maglione, an International Olympic Committee member from Uruguay, is in his 80s and has run the organization for a decade. His most senior vice president is Husain al-Musallam, a Kuwaiti official who was identified last year as an unindicted co-conspirator in a United States Department of Justice sports corruption case. He has denied any wrongdoing.

In July, the organization moved into plush new headquarters in Lausanne. Adam Peaty, an Olympic gold medalist who holds two breaststroke world records, accused swimming’s leaders of being more preoccupied with their privileged lifestyles than with developing the sport. He joined Andrew in saying he was prepared to be barred to compete in commercial events. He said many top swimmers were forced to do other work to finance their careers.

“Why do FINA spend millions on a headquarters and an athlete has to have a second job?” he said.

Peaty, who rose to stardom in Britain thanks to gold medal success at the Rio Olympics, added that his six-figure income was well below what athletes of a similar standard in other sports could earn. “I’ve got bills to pay,” he said. “I’ve got a family to sustain in the future.”

The International Swimming League has pledged to split its take from its prospective competition with the athletes, promising appearance fees and prize money to participants. There have yet to be meaningful contacts with broadcast or sponsorship partners.

Grigorishin, like many others who have profited from the collapse of the former Soviet Union, has a colorful business history and a career littered with legal battles. He was arrested in early 2002 by the Ukrainian authorities for possession of drugs and a firearm but later cleared his name. He said the charges had been fabricated by “some dirty businessmen trying to get some part of my business.”

After years of planning, he said, he was willing to spend $7 million on legal fees to begin the swimming league.

While organizing the league remains a work in progress, he has pledged as much as $19 million for events next year. That has won over several stars of the sport. Ryan Murphy, an American who has won three Olympic golds, and Federica Pellegrini, an Italian who has won one, also attended Wednesday’s meetings in London.