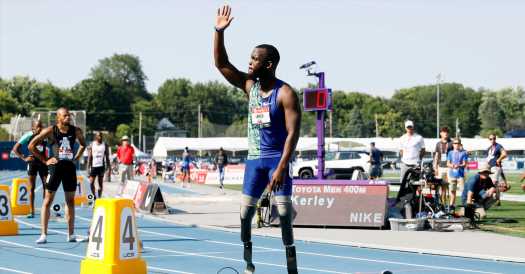 Blake Leeper, one of the world’s fastest double-amputee athletes, will have to race on a significantly smaller set of running blades if he wants to compete for a spot on the United States Olympic team, World Athletics ruled Monday.

Leeper, who finished fifth in the 400 meters at the United States track and field championships in 2019, was in contention to compete on a relay at the World Athletics Championships that year, but the sport’s world governing body ruled that the blades he used made him “unnaturally tall.”

Leeper was born with both legs missing below the knee and at age 4 underwent amputative surgery to allow an optimal fit for prosthetics. He won two medals at the London Paralympics in 2012 but then decided to run against non-disabled athletes as well.

He used the same size blades in competition for five years before they were outlawed, and then switched to a set that made him about two inches shorter in hopes of gaining entry into the Olympic trials in June. He has said a significantly smaller set of blades would essentially force him to relearn how to run.

In the decision on Monday, a special expert panel for World Athletics, the sport’s governing body, concluded that even the blades that made him two inches shorter would give him an unfair advantage over non-disabled runners.

“The reports submitted satisfied the Panel that there is a direct relationship between leg length and running speed and that therefore the height of Mr. Leeper’s running specific prostheses result in him running faster in the 400-meter event than would otherwise be the case,” World Athletics said in a statement released Monday.

The decision means that Leeper’s last hope for competing in the Olympics rests with a federal court in Switzerland.

In October, the Court of Arbitration for Sport, the world’s top sports court, ruled that standards set by the International Paralympic Committee supported World Athletics’ argument that Leeper’s running blades made him taller than he would have been had he been born with fully functional legs.

Leeper has appealed that ruling to the Swiss Supreme Court, and he said he would appeal Monday’s as well. He argued that in setting standards for the probable height of double-amputees who compete in track and field, officials had failed to conduct a sufficiently broad study, resulting in an act of discrimination against Leeper.

In setting the standards, athletics organizations have cited research that involved only Caucasian and Asian athletes. Leeper is Black. In Leeper’s appeal, lawyers cited studies that suggest people of African descent can have longer legs than people who have different genealogy. The World Athletics panel denied that its decision was in any way discriminatory and questioned the data cited by the scientists Leeper consulted.

“It’s not right that World Athletics continues to discriminate against disabled Black athletes, and that the Panel they appointed has again sanctioned this discriminatory treatment,” Leeper said in a statement Monday. “Basing this decision on standards and studies that completely excluded Black athletes goes against common sense and has no scientific basis, as my experts’ submissions to World Athletics made clear. But despite this setback, I will appeal so I can continue to fight for athletes around the world who are discriminated against — whether on the basis of race, disability, or both.”

Previously, Leeper and other disabled athletes have had to prove that whatever equipment they used did not provide an advantage, a huge challenge since proving a negative is difficult in nearly every realm.

World Athletics has struggled in recent years to balance inclusion with what it sees as fairness in competition, but critics argue that its rules discriminate against people who are biological outliers.

For Leeper and, before him, Oscar Pistorius of South Africa, who in 2012 became the first double amputee to run in the Olympics, World Athletics focused on whether the equipment they used to run gave them an advantage over non-disabled runners. For Caster Semenya of South Africa and other female athletes born with elevated testosterone levels, the organization battled for years to prohibit them from competing in middle-distance track and field events unless they took medication to alter their hormones.

“They have an archaic view of people, and they don’t like differences,” Jeffrey Kessler, a lawyer who has represented Leeper, Pistorius and Semenya, said of World Athletics during a recent interview. “We are people. None of us is perfect. We are all on a spectrum.”

Like all high-performance prosthetics, Leeper’s running blades and the mechanism that attaches them to his legs were tailored specifically for him at a height that allows his body to move in the most efficient way. Experts say it’s impossible to determine whether the height at which Leeper is most comfortable running is suggestive of how tall he would have been had he been born with fully functioning legs. Under the latest height standards, his current blades would not be allowed in Paralympic races, either.

In filings with the Swiss court, Ross Wenzel, a lawyer for World Athletics, acknowledged that the organization’s conclusion about Leeper’s height if he had been born with full legs “was not an exact science, but an informed estimate.” 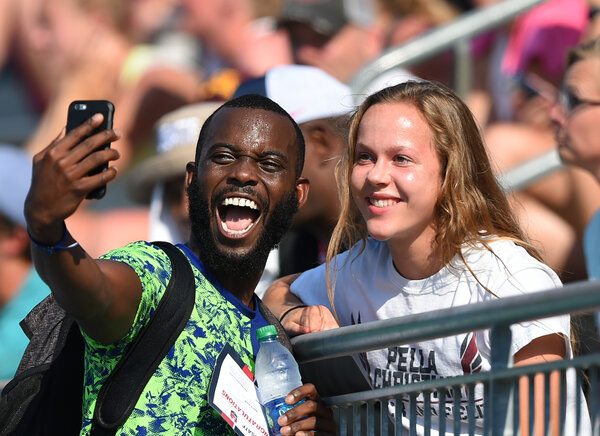 Over the past decade, athletics officials have continually switched the methods used for determining how tall a double amputee should be when wearing running blades.

For a time, the regulations focused on the distance from a person’s fingertip to the middle of the torso. The focus has included measuring the length of the ulna bone, part of the forearm. More recently, the focus was on so-called sitting height, or how tall the athlete is when seated on a box.

But some of the world’s top experts in prosthetics say it’s not clear that method can account for the spectrum of the human population. Also, some para-athletes may have congenital conditions that can affect the size of certain bones, which makes extrapolating height from bone length a fraught exercise.

Also, supporters of Leeper and other double-amputee athletes say whatever advantage the large blades might provide in straightaways is lost both at the start, because it takes longer for a runner using blades to reach maximum speed, and on the turns, which are harder to navigate on artificial legs.

In explaining the advantage of the running blades, World Athletics noted that, unlike other elite 400-meter runners, Leeper often runs the second half of his race faster than the first, though that also reflects how disadvantaged he is at the start.

“Once the acceleration phase is complete and the athlete is able to run freely, the speed able to be achieved is substantial,” the decision states.

The controversy over whether Leeper was running at a competitive advantage started in 2018, when U.S.A. Track & Field, the national governing body for the sport, informed him that the sport’s international leaders had ruled it could not officially post his race times until he proved his blades did not yield an unfair benefit.

The International Paralympic Committee had recently changed its rule on how tall prostheses could make athletes, known as the maximum allowable standing height.

Leeper spent the next year working with scientists, who studied his running form and his blades, and in the summer of 2019 submitted his application to World Athletics for continued eligibility. The organization rejected the application in February, prompting the appeal to the Court of Arbitration for Sport.

World Athletics had argued that someone with a torso the size of Leeper’s would be 5-foot-9, according to standard metrics, and that his blades made him run as though he were 6-foot-8. In fact, Leeper was about 6 feet 2 inches on his old blades. The ones that World Athletics rejected on Monday make him about 6 feet, roughly the average height of other top 400-meter runners, many of whom have short torsos and long legs. Leeper’s blades compress when he runs, just as the legs of a non-disabled runner do.