Read this and more gossip, plus all the latest transfer news, from Old Trafford. 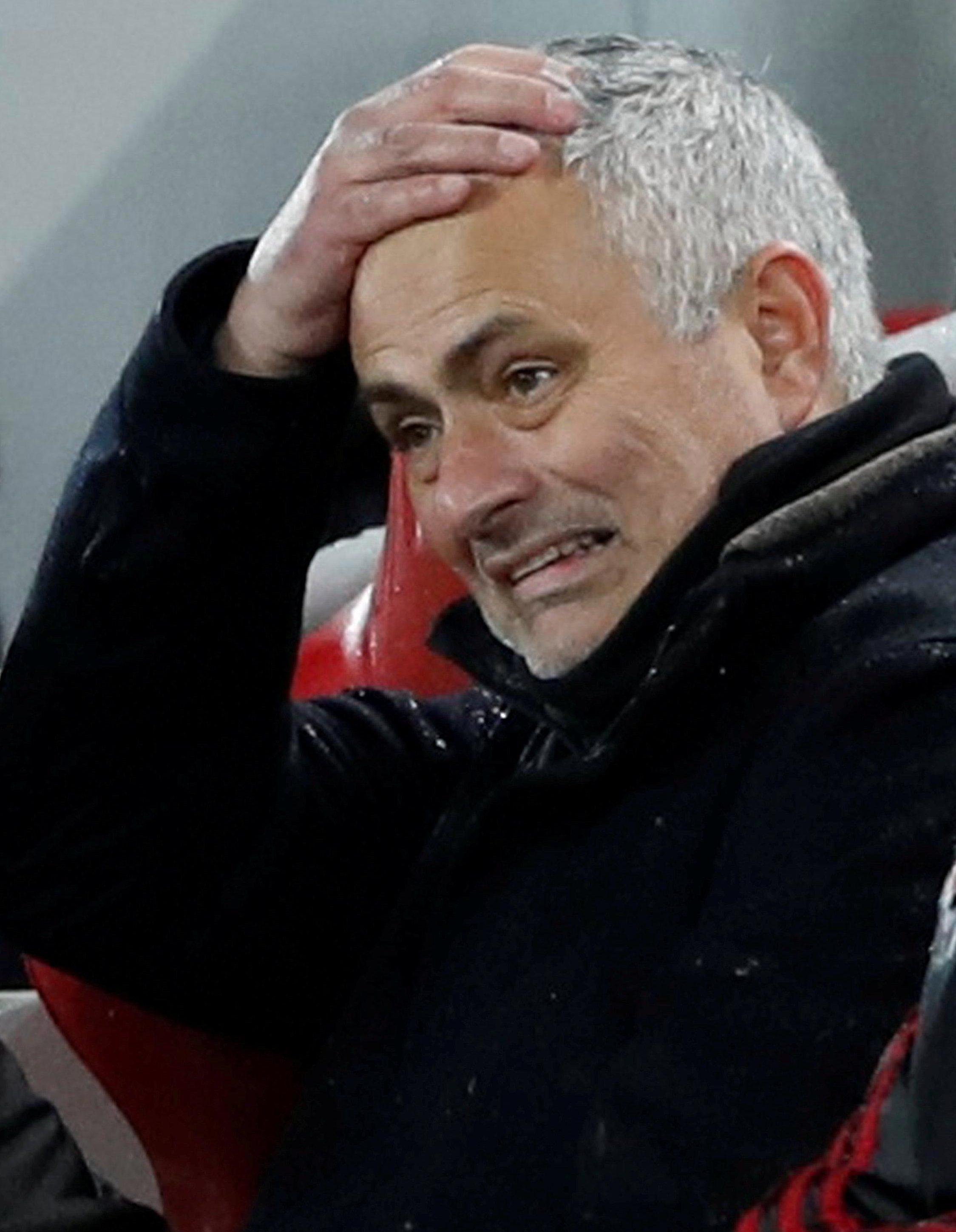 JOSE MOURINHO admitted Liverpool’s speed left him knackered after his side were romped by the Reds at Anfield.

And the under-pressure Special One could not hide his amazement at opposition left-back Andrew Robertson’s energy.

JOSE MOURINHO will be sacked by Man Utd soon after the Red Devils were roundly beaten 3-1 at Liverpool, according to Gary Neville.

Mourinho's men were put to the sword by Jurgen Klopp's Liverpool as strikes from Sadio Mane and Xherdan Shaqiri saw the Kop move 19 points above their rivals.

THE Premier League goals conceded column at Manchester United now reads 29 – one more than the amount conceded of all of last season.

This is getting embarrassing. Read our assessment of another worrying 90 minutes for United – this time a woefully one-sided 3-1 loss at Liverpool.

FER- GET THAT GAME! ALEX FUMES

SIR ALEX Ferguson looked furious watching from the stands as Manchester United fell to a 3-1 defeat at Liverpool which left them 19 points behind their rivals.

Mourinho's men were largely second best throughout the contest with a late double from substitute from Xherdan Shaqiri condemning the Red Devils to another defeat.

Jesse Lingard soon bundled United level after Sadio Mane chested down to slot Liverpool's deserved opener on 24 minutes – but in the end class, pressure and the sheer volume of the Kop's incredible 36 chances on goal paid off.

The pair were speaking on Sky Sports ahead of the tie between the bitter rivals – which kicks off at 4pm at Anfield.

INTER MILAN could offer former boss Jose Mourinho an escape from his Old Trafford struggles, according to reports.

The under-fire Portuguese's side fell 19 points behind leaders Liverpool with a dire 3-1 loss at Anfield.

MANCHESTER UNITED will have to fork out £18million to land Galatasaray star Ozan Kabak.

The 18-year-old defender has signed a new five-year deal with the Turkish giants with a significantly hiked up release clause.

JOSE MOURINHO has ‘lost 90 per cent’ of his squad, according to one senior Manchester United player.

And backroom staff who have fallen out with the Portuguese boss are confident they will outlast him at the club.