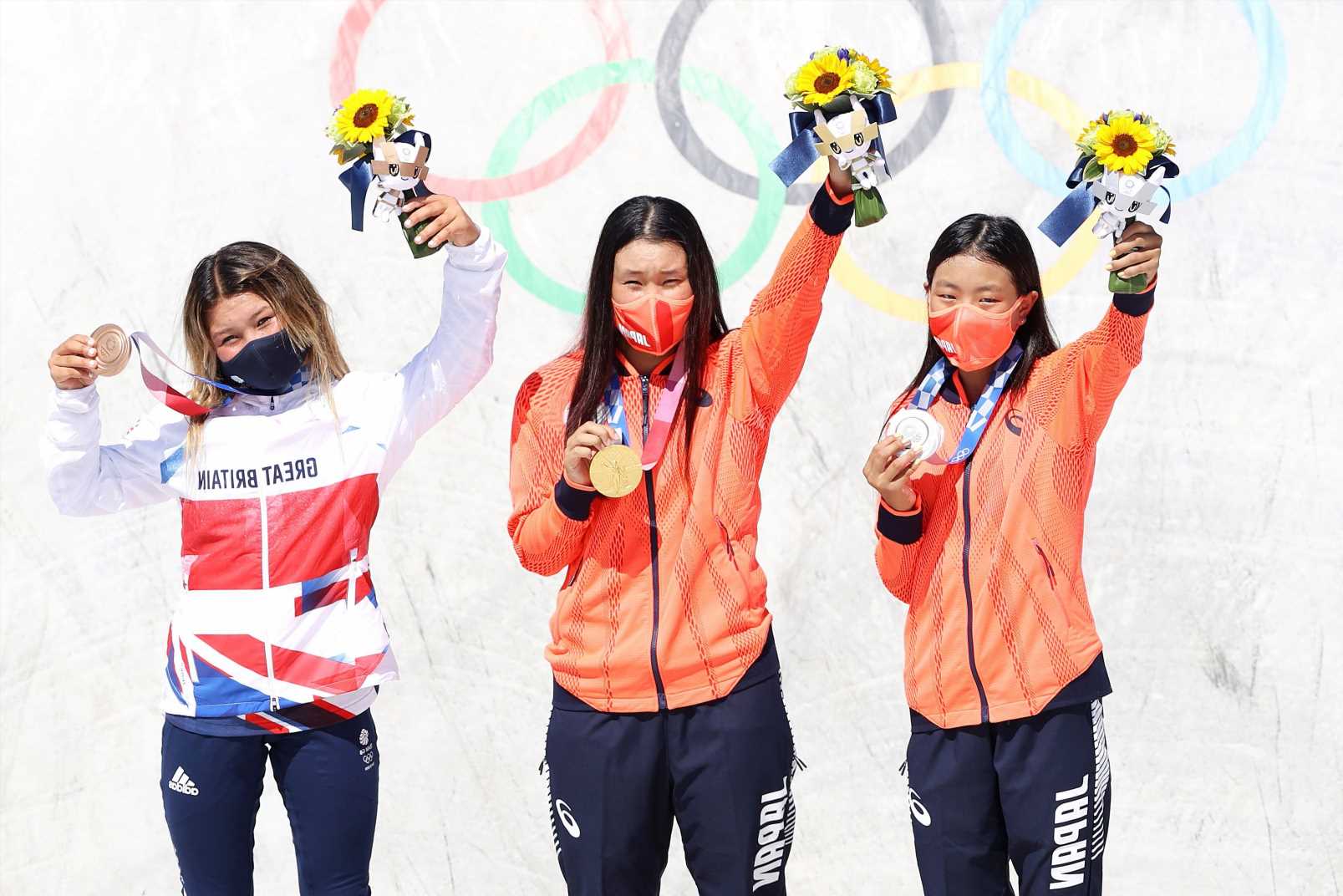 There is impressive. And there is winning an Olympic medal before middle school.

In the women’s park skateboarding final at the Tokyo Games Wednesday, 12-year-old Kokona Hiraki (58.05) of Japan finished second and 13-year-old Sky Brown (47.53) of Great Britain finished third, as both became the youngest medalists ever for their respective countries.

Brown – skating with “Be brave, have fun, and do it ’cause you love it!!” written on her helmet – was in fourth as she began the last of her three rounds after falling attempting a kickflip indy on the first two. She landed the trick on her final skate, moving into third.

The British-Japanese skateboarder – who has signed advertising deals with Nike, Barbie, Claire’s Accessories, Visa – was hospitalized with a skull fracture and broken bones when she fell on a half-pipe last year.

“My parents were like ‘Uh, don’t skate anymore,’” Brown said after winning the bronze medal.

She did not take their advice, adding an Olympic medal to her impressive résumé that includes a “Dancing With the Stars: Juniors” appearance in Britain and one million Instagram followers. And in three years at the Paris Olympics, she hopes to add a medal in surfing to her arsenal, too.

“I hope I inspire some girls,” Brown said. “People feel like ‘I’m too young, I can’t do it.’ But honestly, if you believe in yourself you can do anything.”

Hiraki, on the other hand, is now the youngest Olympic medalist – she was born in 2008 – since French rower Noel Vandernotte in 1936.

It was Japan’s 20th gold medal this summer.

This is another example of the youth movement in skateboarding. 13-year-old Japanese skater Momiji Nishiya won the gold medal in the women’s street competition on July 26, making her the youngest medalist in Japanese history at the time. That title now belongs to Hiraki.

Skateboarding is a debut sport at the Tokyo Games intended to reach younger audiences. With children basking in each other’s triumphs and being there for each other after falls – Japan’s Misugu Okamoto, the favorite, missed a medal after falling on all three runs in the final to finish fourth – it showed what makes the Olympics so special.

“Skateboarding is a great sport, a fun sport,” Yosozumi said after her victory. “Please try.”