[Spoiler alert: This interview discusses plot points for Season 3 of ‘You’]

Tati Gabrielle says she “freaked out” while filming her first sex scene with Penn Badgley.

“I was so nervous,” the actress, who stars in Season 3 of “You,” exclusively told Page Six. “I told Penn upfront, ‘Hey, I’ve never done this before.’ And he was like, ‘It’s gonna be OK.’”

“We had a great intimacy coordinator on set. So we were able to walk through everything and have a good idea [of what to do],” she continued. “It became more of a dance, like a choreographed dance than it was, like, having to feel that nervousness and be awkward or weird.”

Season 3 of “You” picks up with serial killer Joe Goldberg (Badgley) safely ensconced in the affluent Californian town of Madre Linda with his equally deranged wife Love Quinn (Victoria Pedretti) and their newborn son, Henry. Naturally, Love can’t quite seem to tamper down her homicidal urges, and Joe finds someone else to fixate on: a charming librarian named Marienne, played by Gabrielle.

Gabrielle, 25, said that show producers immediately told her the character’s fate because “it was one of my first questions, especially as a black woman — like, what kind of picture are we painting here?” 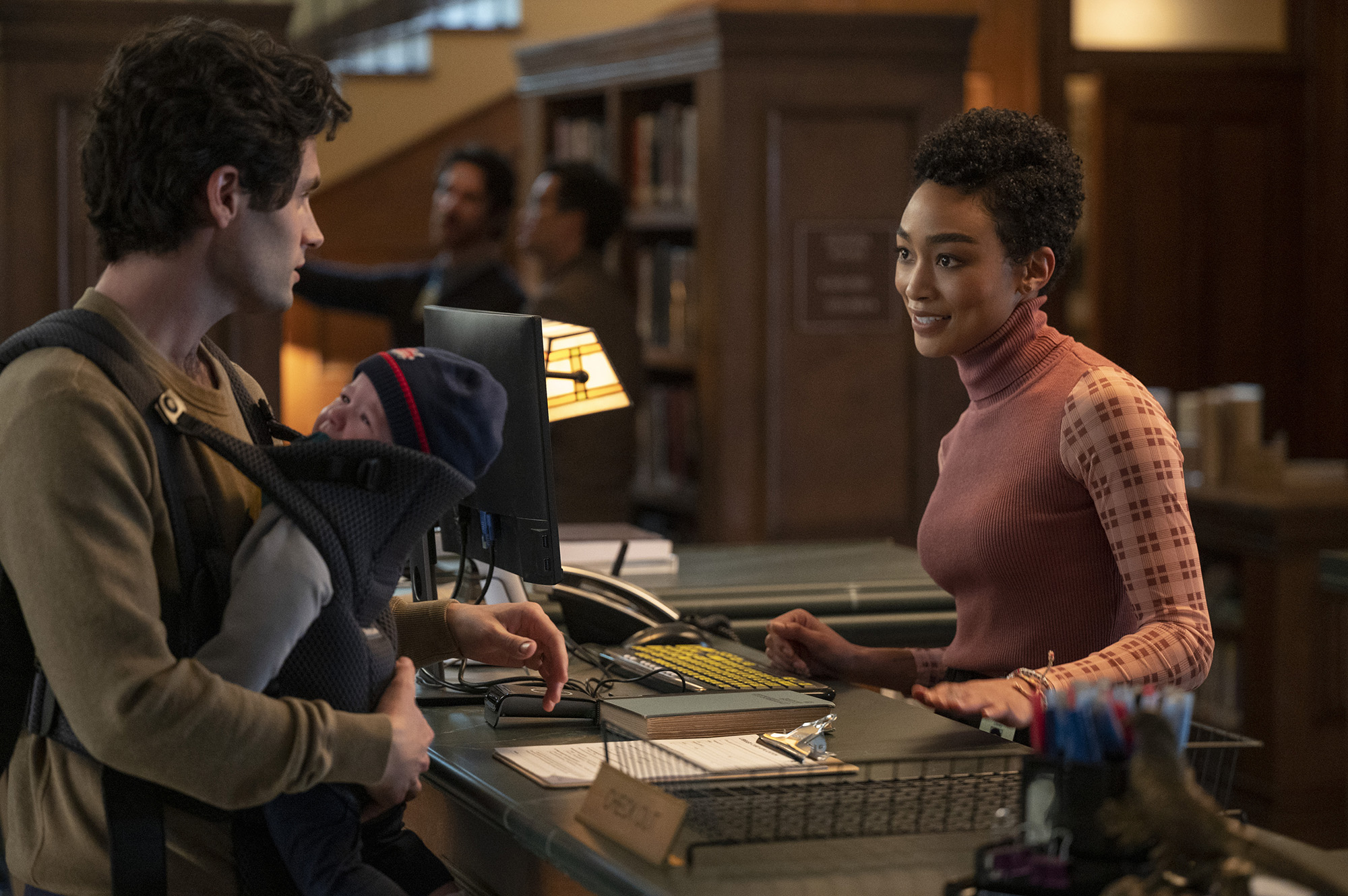 Gabrielle added that she wanted to make sure that the show didn’t “insult the intelligence of people of color and allow there to be room for a good BS detector,” which is how she describes Marienne — someone who “would be able to see something coming and not be so oblivious.”

Without spoiling too much, one major plot point of the new series centers on a missing white woman whose disappearance transfixes the town and the local news channel and is criticized as “Missing White Woman Syndrome” by some characters.

(The term is used by social scientists to reference the disproportionate media coverage surrounding missing-persons cases involving young, white, upper-middle-class women or girls compared to the lack of attention involving women of color who go missing).

In light of the intense media coverage surrounding the recent disappearance and eventual discovery of Gabby Petito’s body the show seems eerily prescient.

“I think for the black community it’s nothing new,” Gabrielle noted of the high profile case. “It’s not necessarily recent; it’s definitely something that has permeated our history. But yes, it is very on point with the times and I’m happy that we’re able to make commentary on it.”