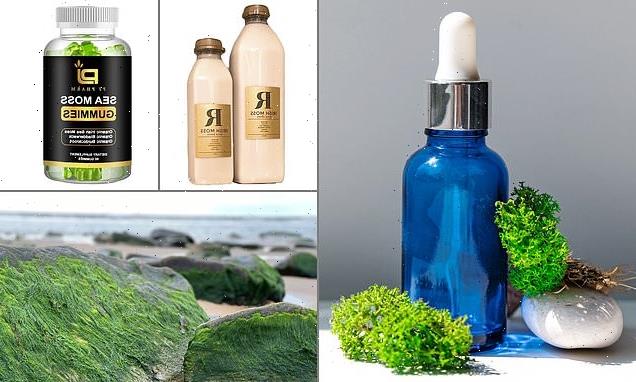 Would you suck a sea moss sweet to GET SLIM? With celebrity advocates like Kim Kardashian, these are the latest health trends

Most of us will have used it to decorate sandcastles on the beach. But now sea moss, found on the shores of Ireland, Cornwall and the Caribbean, is being touted as a superfood akin to kale and kefir, with supposed wonder properties.

Apparently, chondrus crispus, as it’s known in Latin, can aid weight loss, is great for nails and skin, boosts the immune system, helps digestion and is full of minerals and vitamins.

It comes in many forms, from capsules and gummy sweets to a powder, which makes it easy to add to smoothies and stews.

‘We’ve seen a huge spike in sales — up 36 per cent over the past month compared with the month before,’ says Adrian Boswell, a food buyer at Selfridges, which now stocks sea moss supplements.

He adds the product’s recent popularity is down ‘in part to exposure on social media and celebrity advocates. Sales have been so strong that we have just added tonics to the range, alongside the gel and mylks [vegan milk shakes]’. 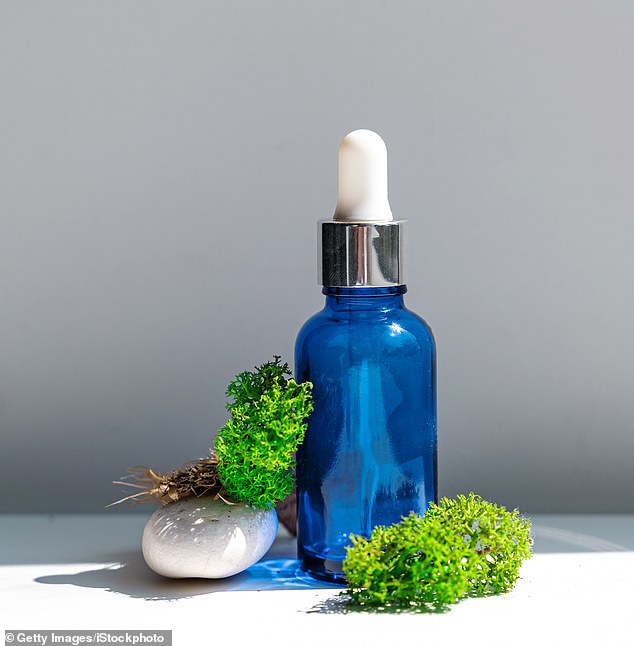 Most of us will have used it to decorate sandcastles on the beach. But now sea moss, found on the shores of Ireland, Cornwall and the Caribbean, is being touted as a superfood akin to kale and kefir, with supposed wonder properties (File image)

And there is no bigger celebrity advocate in the world than Kim Kardashian, who has shared with her 74 million Twitter followers that ‘sea moss smoothies are really good’.

Some experts are dubious about the health claims, however. Dr Stacey Lockyer, senior nutrition scientist at the British Nutrition Foundation, points out there is a lack of human studies about the effects of sea moss. She adds that, while high in fibre, B vitamins and a range of minerals including iron, zinc and iodine, ‘all of these nutrients can be found in everyday foods and you can get the amounts you need if you follow a healthy, balanced diet’.

Also, there are risks connected to digesting too much iodine.

Simon Frederick, founder of Pardasa, which makes sea moss gel, says: ‘My dad is from St Lucia in the Caribbean and it’s been a big thing over there for a very long time, but it’s only taken hold in the UK recently.’

While he agrees that some of the health claims are based on anecdotal evidence, rather than rigorous, peer-reviewed medical studies, he adds: ‘I’ve seen people really helped, especially those with gut problems and irritable bowel syndrome.’

So which are the most interesting products on the market, what do they promise to do and what do they taste like? 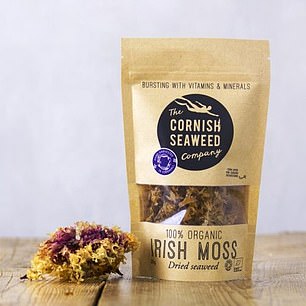 This is dried seaweed in its purest form. It looks like it was in a rockpool only a few hours ago. Eaten straight out of the pack, it’s chewy with a faint hint of whelk — which I rather like.

The company has a licence from The Crown Estate ‘to sustainably hand cut all our organic sea veggies’ from the Cornish coast. It makes no bold health promises and advises adding a pinch of the stuff to milk and cocoa to thicken a hot chocolate, or use as a vegan gelatine alternative. Clever. 4/5 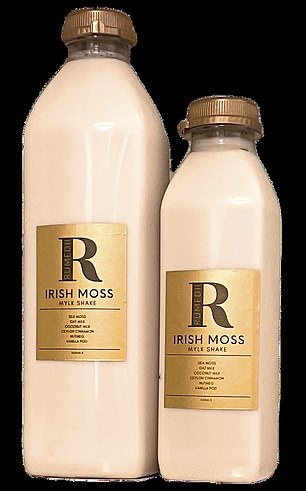 RUmedii was started by Gee Williams, who could not find nutrient-dense products for her son King, who has short gut syndrome and autism.

However, it clearly states on the label: ‘This product is not intended to treat, diagnose, cure or prevent disease.’

This is a vegan milk shake — hence the ‘mylk’ moniker — and is made up of Irish moss, oat milk, coconut milk, vanilla and cinnamon.

It is sweet and very fragrant — the sensation is a little like tucking into an Indian dessert in a Mayfair parfumeur. I tried to force it on my kids. None of them liked it! It’s creamy, but I find it too rich.2.5/5 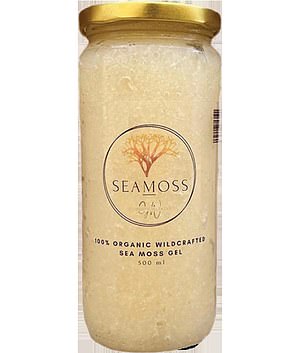 This has been ‘wild crafted in Grenada’ in the Caribbean, the packet says. Densely packed, it is full of dried moss that is grey and tastes very salty.

It makes lots of health claims: ‘Contains 92 of the 102 minerals the body is made up of; known to treat various illnesses and health conditions; boosts the immune system.’

Nutritionists say a healthy, nutrient-dense diet can play a role in supporting immunity, but there is no one specific food or nutrient that can ensure a healthy immune system. 2/5 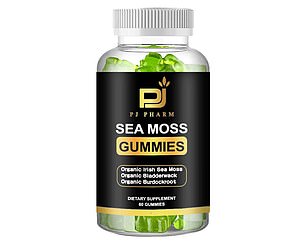 These look and taste a bit like an apple-flavoured gummy bear, though less sweet. If you want to ingest sea moss, this is an easy and tasty way to do it, with two sweets containing 1.2g of sea moss and just 13 calories.

It makes various claims on the bottle, including that sea moss ‘helps with weight loss’, which is quite punchy, though experts do say that sea moss has a very high fibre content, which can have the effect of making you feel full for longer — reducing your hunger pangs. 4/5 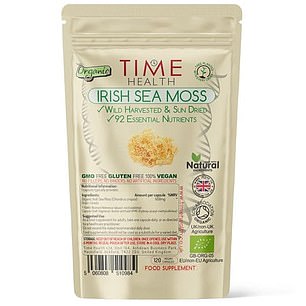 This is a fine, grey powder with a distinctly sea-salty tang to it. You add a quarter of a teaspoon (1g) to a shake, smoothie or even a soup or stew and it thickens it, acting almost like a vegan gelatine.

The recommended dose is 1g, which contains 0.4g of fibre — only a fraction of the 30g daily recommended amount.

The British maker says its sea moss is sourced from ‘pristine Canadian waters’ and that it will plant a tree for every order placed. 2/5 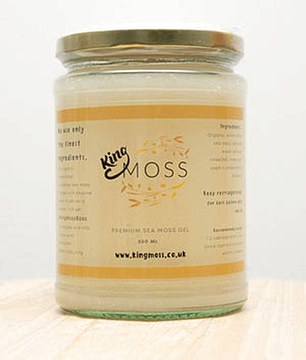 One of the more popular ways to take sea moss is in gel form. It’s a rather strange, glutinous substance that has the consistency of wallpaper paste and is tasteless. You must keep the jar in the fridge.

You add a tablespoon or two to smoothies, porridge or soups to boost your mineral intake without affecting the flavour of your meal.

King Moss says you can also eat it straight out of the jar, which I wouldn’t recommend, unless you enjoy your mouth coated with gloop. 3/5