Would you put your TOILET BRUSH in the dishwasher? Mum’s ‘disgusting’ hack for cleaning the utensil divides the internet – but some admit they do it all the time

To get a sparkling bathroom, you need to ensure your tools are spic and span – but nobody looks forward to the task of cleaning the toilet brush.

However, one British mother thinks she has the answer to keeping her toilet brush fresh, but her solution has divided the internet, with many describing her hack as ‘disgusting’.

Taking to Mumsnet, user meladeso asked: ‘Would it be absolutely disgusting to put loo brushes in the dishwasher on their own, on hot setting, followed by a hot wash on empty?’

While some were quick to say they were sickened by the idea others thought the hack was a great, easy way to quickly clean up. 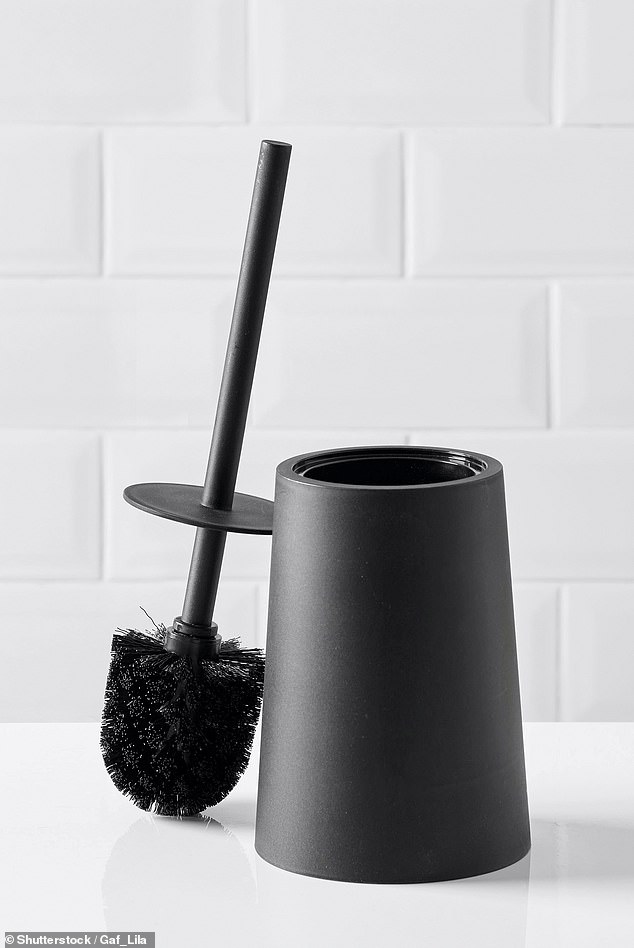 Would you try it? This mother asked if it would be disgusting to put her toilet brush in the dishwasher

One user wrote: ‘I’d have to discard the dishwasher afterwards’, while several  questioned why she wouldn’t just by a new toilet brush.

To defend herself, she added: ‘I know the thought of it makes me sick too, but I’m sick to death of how easily we just discard plastic.

‘I am NOT buying new ones every six months or whatever.  I don’t care how cheap they are.

‘Any alternative suggestions? Did someone say bucket of hot water and bleach?

However, some thought there was nothing wrong with the idea, saying: ‘Of course it’s fine! Dishwashers temperature is set to kill all bugs.’ 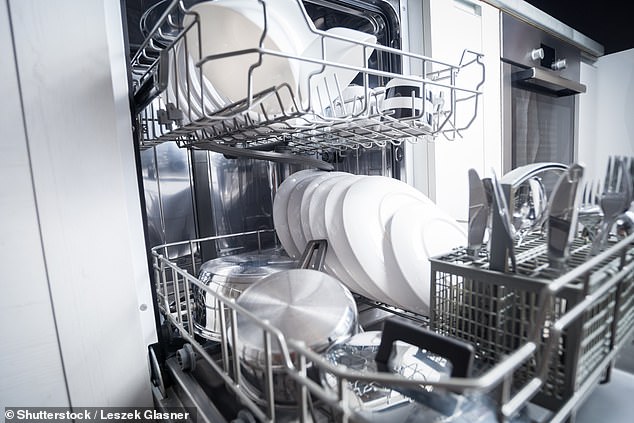 To defend herself, the mother added: ‘I know the thought of it makes me sick too, but I’m sick to death of how easily we just discard plastic’ 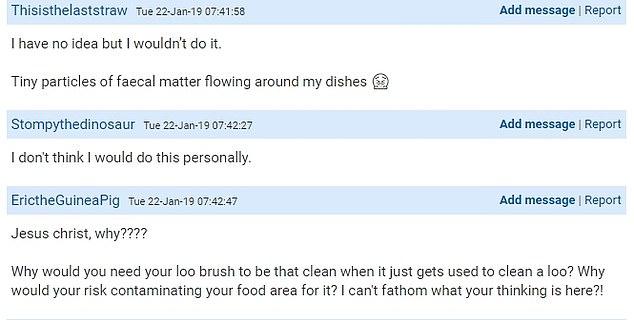 Her question gathered a mixed response, with some saying it was ‘disgusting’

Another said they do it too, writing: ‘My dishwasher is eco friendly so uses less water than hand washing’ they wrote. ‘I do my 4 loo brushes, pots they go in, pots they stand on (it’s a whole contraption) every month in the dishwasher.

‘It’s a full load, wouldn’t put anything else in with them.’

A third wrote: ‘The rule of thumb is always to reuse before re-buying.’

Some offered up alternative, arguably as easy, options.

One said: ‘Putting loo brushes in the dishwasher is gross and not very efficient as you would be using a huge amount of water. Bucket of hot water is a good idea!’

However, several mothers admitted that they do the same thing and could see nothing wrong with it

Another added: ‘It shouldn’t be necessary.

‘I’m sure the bleach leaves the brush fresh and clean.’

Some questioned the environmental aspect, with one user writing: ‘I don’t think I would do that. Just wondering how much all that hot water/electricity/detergent would compare financially and environmentally to getting some cheap new loo brushes?

How do you clean a toilet brush with bleach?

If you’re don’t feel like putting your toilet brush in the dishwasher, another option is using bleach.

This method, offered by Cleanipedia, uses a simple mixture of household bleach and water.

1. Fill a bucket with hot water

2. Wearing rubber gloves, add two-three capsules of bleach, according to the strength advised on the bottle

3. Put toilet brush in the bucket and leave for an hour to soak

6. Put toilet brush back in the holder