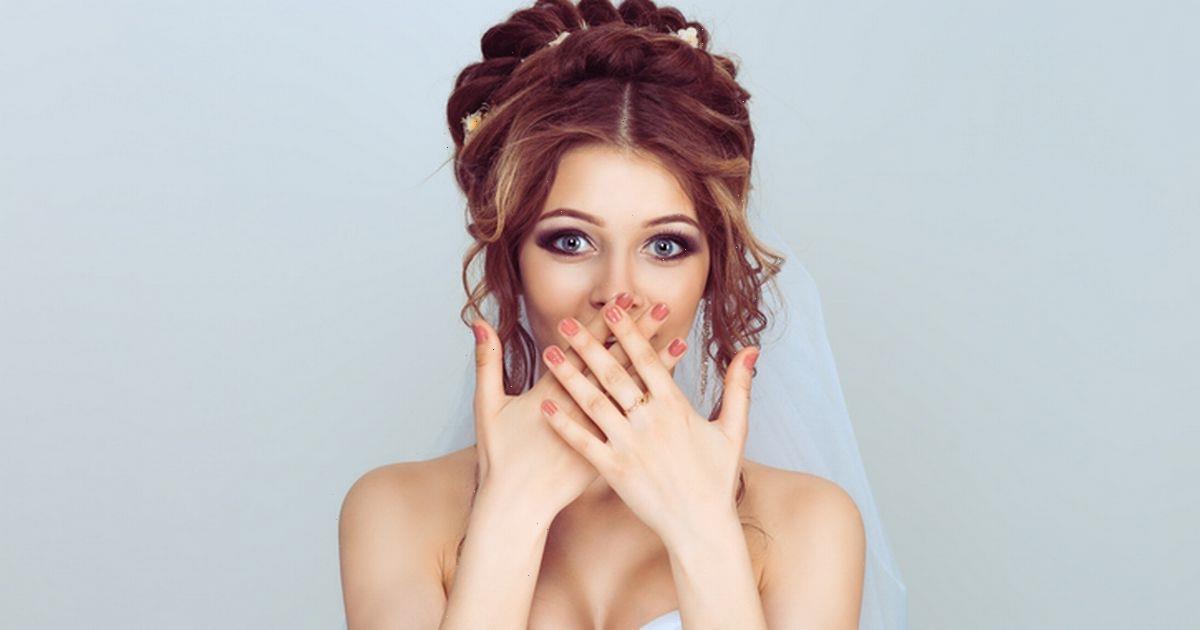 There are plenty of quirky wedding traditions out there – but some are definitely more extreme than others.

We're used to the big white dress and the father walking the bride down the aisle here, but not everyone across the world does things the same.

With the help of engagement ring specialists Steven Stone, we've taken an in-depth look at popular traditions in each country around the world.

From brides being spat on by their father to the happy couple using chainsaws on their big day, there are certainly some unique practices that go on abroad.

Check out the wackiest below.

Germany – the bride and groom use chainsaws

While still wearing their wedding attire, German newlyweds are sometimes known to saw a log into two pieces during the ceremony.

This tradition is known as Baumstamm Sägen. As it's a two person saw, Baumstamm Sägen symbolises the couple's strength as they face challenges in their marriage.

Romania – the bride is kidnapped

In Romania, if the bride disappears, don't be alarmed, as it doesn't necessarily mean she's got cold feet.

It's actually tradition for the bride to be "kidnapped" by friends and family before the wedding.

Just like role-play, to get the bride back, the groom has to pay her ransom, paying in romantic gestures or filling her glass with champagne.

While it may seem a little strange, traditionally, a Spanish bride would wear a black lace gown and veil called a mantilla draped over her head and shoulders.

The attire was designed to symbolise the devotion she has to her husband, and addressing the vow ‘till death do us part’?

As for the veil, it was once thought that a bride who looked too beautiful would attract evil spirits, which is where the veil derived from.

If you attend a wedding in Norway, you can expect to love the cake.

A traditional Norwegian wedding cake is called a kransekake, and is created by stacking iced almond cake rings on top of each other to create a cone shape.

The best part? Inside of this hollow cake hides a selection of small gifts, like a bottle of champagne or wine.

At the party, the bride and groom will pick up the top ring of the cake and however many layers stick to it underneath is believed to be the number of children they will have.

Kenya – father spits on the bride

If you go to a wedding in Kenya, don't be shocked if you see the father of the bride spitting on her dress for good luck.

Hoping not to jinx the marriage, the spit is meant in good faith.

For the Maasai people in Kenya, spitting on someone is seen as showing them respect.

Guests at weddings in Nigeria aren't afraid to splash the cash.

It's customary for guests to "make it rain" or toss bills at the bride and groom.

This is a gesture to show the couple their happiness for them and to keep them on the dance floor.

Although most of us are exhausted after one day of wedding celebrations, in Morocco, parties often last up to seven days.

From pre-wedding ceremonies, preparation rituals and a huge wedding day feast, expect to book a week off work if you're attending a Moroccan wedding.

At the start of the wedding week, the bride will go on a Hammam day to mark the beginning of a new chapter in her life.

As a ritual of purification, the bride-to-be will visit a traditional sauna with her friends and relatives.

The bridal party will also have a henna party, each getting tattooed onto their hands and feet.

Once they're pampered, they'll be pre-wedding feasts, the wedding day and the after-party, with lots of dancing.

India – the groom gets his shoes stolen

In a traditional Indian wedding, it's custom for the groom to remove his shoes.

However as part of the Joota Chupai ritual, the bride's female relatives often play a trick on him by stealing the shoes and hiding them. In order to get his shoes back, the groom must bribe the women with cash to return them before the ceremony.

In parts of South Africa, it's tradition for the parents of the bride and groom to bring fire from their own fireplaces to the home of the newlyweds.

The bride and groom use the flames provided from their childhood homes to ignite the hearth in their new home together.

While it's expected to see a few tears shed at a wedding ceremony, in some parts of China the bride is required to practice crying.

A month before the ceremony, Tujia brides are expected to cry for one hour each day. 10 days into the ritual, she is joined by her mother and 10 days after that, the bride’s grandmother joins in.

Known as Zuo Tang in the western Sichuan province, the ritual dates back to China’s Warring States era when the mother of a Zhao princess broke down in tears at her wedding.

Korea – the bride is given a goose Most newlyweds are gifted accessories for their new home or money towards their honeymoon.

However, in Korea, brides and grooms exchange wooden geese and ducks on their wedding day as a sign of their commitment.

Historically, grooms also give their new mother-in-law's wild geese or ducks. The monogamous animals represent the groom's pure intentions and loyalty to his bride.

In parts of South Korea, grooms cannot leave with their new wives, until they've had their feet beaten.

After the ceremony, groomsmen or family members remove the groom’s shoes and bind his ankles with rope before taking turns to beat his feet with a stick or, in some cases, a dried fish.

Thankfully, the ritual doesn't last long and is seen as a fun part of the day, meant to test the groom's strength and character.

Malaysia – the bride and groom are banned from the bathroom

Members of Malaysia and Indonesia’s Tidong people in Borneo observe a tradition that states the bride and groom must not leave their home or use the bathroom for three whole days after their wedding ceremony.

They are kept under watchful guard and allowed only a small amount of food and drink.

In Tidong culture, not observing the ritual is said to tarnish the bride and groom with bad luck often resulting in infidelity, the breakup of their marriage or the death of their children.

Cuba – the bride charges you to dance with her

Regardless of culture, it's usually common for the bride to dance with her guests.

However, in Cuba, the dance comes with a price.

Every man who dances with the bride is traditionally required to pin money on to her dress.

This is to help the couple pay for the wedding and honeymoon.