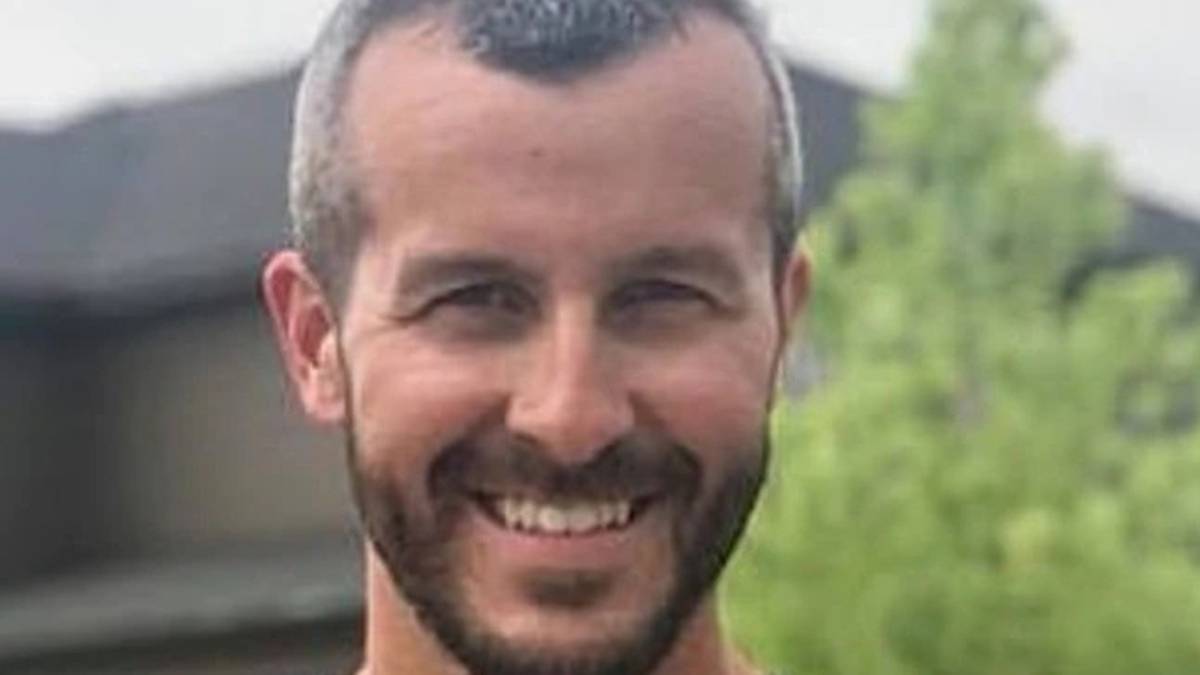 Chris Watts is the killer dad who murdered his entire family – dumping the bodies of his pregnant wife and kids in a remote oilfield.

In 2018, the then 34-year-old strangled and smothered his pregnant wife Shanann, 34, to death, before strangling their daughters Bella, 4, and Celeste, 3, with a blanket.

Watts is serving a life sentence for the horrific murders.

But despite his gruesome acts, women have been sending him “racy love letters” asking to see him, according to Crime Online.

The condition is called hybristophilia, a sexual attraction to individuals who have committed outrageous crimes.

In a podcast hosted by Nancy Grace, a US legal commentator and TV journalist, she shares audio from ABC7, detailing some of the things women say in the letters.

“In my heart I know you are a great guy. If you do write me back I’d be the happiest girl alive that’s for sure,” one woman had written.

Another woman wrote that she had found herself “thinking a lot about you” alongside a photo of herself in a bikini, while another said she feels a “connection to him”.

According to ABC7, dozens of letters were released by prosecutors, which were signedwith hearts and Xs and Os signifying kisses and hugs.

Watts isn’t the only criminal to receive such letters. Frequent love letters have also been written to killers Ted Bundy, Jeffrey Dahmer, Charles Manson and Richard Ramirez (whoended up marrying one of his admirers).

n 2016, Vice tracked down women who had been attracted to serial killers. Among them was a 17-year-old girl who said she loved Dahmer – who killed and ate people.

“I’m sexually attracted to people who have committed violent crimes,” she said.

“I think my favourites are the ones who were into necrophilia. I was watching a documentary about Dahmer and I thought he was attractive, even though he was gay. It took me a while to realise I actually liked him because he killed and ate people.”

“Some believe they can change a man as cruel and powerful as a serial killer. Others ‘see’ the little boy that the killer once was and seek to nurture him,” she said.

“Some mental health experts have compared infatuation with killers to extreme forms of fanaticism. They view such women as insecure females who cannot find love in normal ways or as ‘love-avoidant’ females who seek romantic relationships that cannot be consummated.

“Yet while this might be true in some cases, several devotees have been strikingly beautiful, educated and even married. A few have been lawyers, psychologists or judges.”

Watts admitted to killing his entire family in 2018, having also revealed chilling details about how he murdered his pregnant wife in a disturbing bombshell prison letter.

“Her eyes filled with blood; as she looked at me and she died. I knew she was gone when she relieved herself,” Watts recalled in a letter to author Cheryln Cadle, which was obtained by the Daily Mail.

Describing her death, Watts wrote: “When she started to get drowsy, I somehow knew how to squeeze the jugular veins until it cut off the blood flow to her brain, and she passed out.

“All the weeks of me thinking about killing her, and now I was faced with it.”

After dumping his wife’s remains on the ground, Watts smothered little Celeste with her own blanket while her sister watched before dropping her body through a 20cm hatch in one of the oil tankers.

Watts, with Shanann and their daughters, were the subject of last year’s chilling Netflix documentary American Murder: The Family Next Door.

It examines the lead-up to the horrific triple homicide and includes never-before-seen footage and text messages.

The documentary was also the most-watched programme on Netflix when it was released and has since thrust the famous case back into the spotlight.